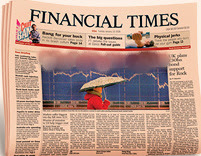 In 2006, Armitage began a three-series leading role as the murderous Sir Guy of Gisborne in the BBC’s Robin Hood. Christmas of the same year saw him star opposite Dawn French in the final two episodes of The Vicar of Dibley.

Armitage is single and lives in south-east London.

Did you think you would get to where you are?

No, I certainly did not. When I was training at drama school I focused on classical theatre. Television was something I did not plan for or expect, but once you become known in a certain area, people want you to keep doing it. My goal is to diversify.

The role of Lucas is purely an imaginary one for me but the similarity between us is perhaps our political affiliation. His worldview is quite open and balanced, yet he is quite mistrusting of the government, which is probably how I feel. 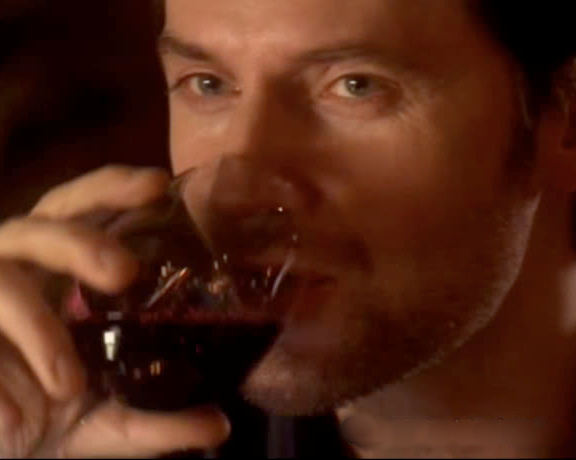 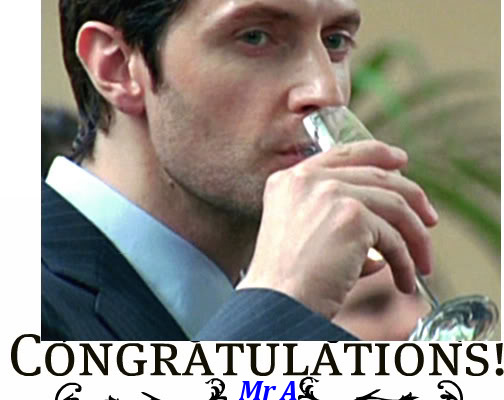 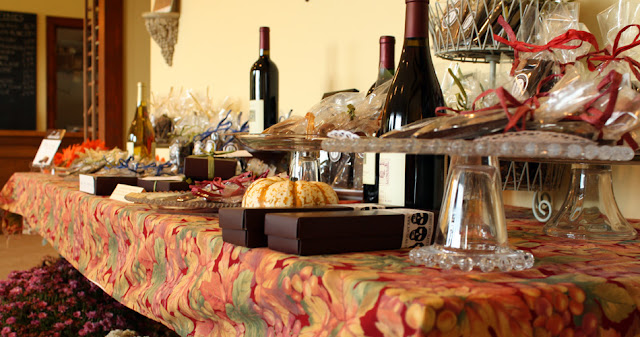 If you had £1m at your disposal now, how would you spend it?
I would buy a ski chalet
in the French Alps. I wouldn’t rent it out but would let my mates and family use it whenever they wanted. It would be brilliant, and I would load the fridge with champagne and leave the key under the mat. For a four-bedroom place, you are looking at upwards of £1m.

Hurtling down the mountain http://sendables.jibjab.com/view/ymukK4IiX9oml4jt 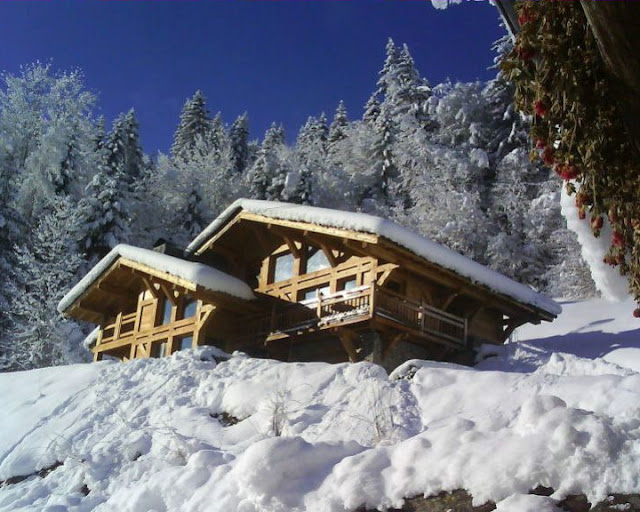 What is your commitment to philanthropy?
I regularly give money to Shelter, Barnardo’s, the Salvation Army and the NSPCC. I give things like signed photographs and DVDs to charity auctions as well. 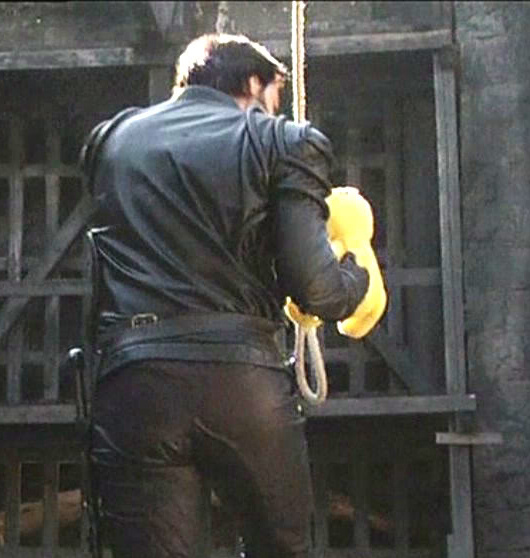 Do you allow yourself the odd indulgence?
I suppose I see travel for leisure as a kind of indulgence. I go skiing to the lower Alps in France, the Haute-Savoie region, and I try to make two or three short trips during the ski season. I’m good at weekend breaks and I have never gone away anywhere for longer than a week.

After my first year on Spooks, one indulgence I allowed myself was to buy a nice car, the first car not inherited from (and serviced by) my dad. It’s a BMW. Occasionally I drive to the set, but I was quite nervous of being seen as a show-off, so I would get in extra early and park it behind the trailer so no one would
see me. 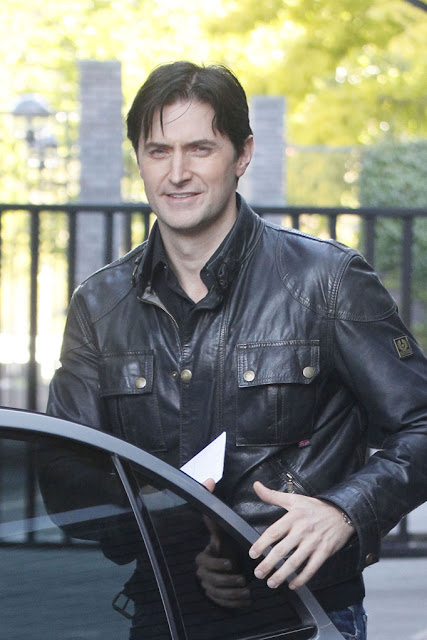 What is your money-saving tip in hard times?
I would have a good night in with a bottle of wine and a DVD of a classic film, like Hitchcock’s North by Northwest, one of my favourites. 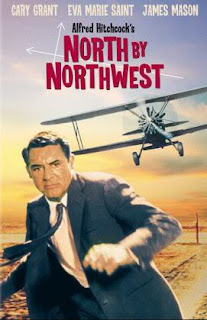 Have you made any pension provision?

Five years ago, I started a pension through my union, Equity. I do believe in pensions. I know it will not be my only source of income but it is one of a number of investments that I want to make. I am not relying on the state pension to be there when I am 60.

Have you taken steps to pass on your wealth?

No, I have not made a will and I have not thought about making one. My instruction to my parents is that I would rather they enjoy their retirement than leave me anything when they go. I am much happier watching them enjoying life. I love spoiling them – they gave me so much. My mum went out to work as a school secretary especially so I could go to stage school when I was 14, and my dad worked in nuclear engineering. They love watching Spooks and are really proud of me. I like to think this is a small return on their
investment!

What has been your most prudent investment?

Probably my two-bedroom house, which I have owned for four years. I don’t think it has gone up in value but I don’t mind because it is just my base. I did not really stretch myself to buy the place but I’m fairly confident it hasn’t dropped in value either.

Have you had time for personal financial planning?

I have an accountant, obviously, because I’m self employed and I use an independent financial adviser. I trust my accountant because we have worked together for a long time now. I am quite wary of speculation, so I go for slightly safer products with less return. I am not good at taking huge financial risks. I find that a bit scary. I’m always suspicious of really big promises. Small, slow growth is the best I expect from an investment. I’m a real saver: frugal – like my parents. 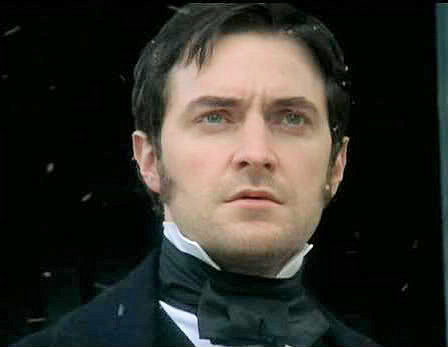 What did you think? Isn't this a great interview? Rarely have I read an interview with an actor or anyone in the arts talking about this side of their life...savings, investments, retirement, cars, swiss chalets,wine...a loving son, a considerate colleague... how adorable can one man be :) Then he tops it by saying he loves "North by Northwest" - I love classic films, and Cary Grant. Some interviews don't tell you anything really new about RA as a person, but this one does.

I really enjoyed this interview, too, and how down-to-earth and grounded he is as person. I think that most of his interviews give us one or two new facts, but this one was different because it wasn't promoting a project and is a totally different type of publication. I've never read anything about him that I haven't liked!

Yes, Musa, it is a fascinating RA interview. Curious as to why he'd choose to agree to one with the FT at this time--or was it possibly their first request? Might be another deliberate step in what appears to be Richard's determination to move beyond his comfort zone to date.

I found his reply to the personal financial planning query to be the most revealing. He is indeed more like John Thornton than we'd ever imagined -- "quite wary of speculation..taking huge financial risks--I find that a bit scary..I go for slightly safer products with less return. Small, slow growth.."

Richard's most likely invested in bonds and/or very conservative mutual funds. Many investors in recent yrs learned a harsh lesson about jumping on the high risk bandwagon.

He also revealed that he was one of the few wise ol' owls 4yrs ago by swimming against the tide, when he purchased a small 2bdrm home. At that time, we were in the midst of the world-wide housing bubble. That's when the majority of buyers were being encouraged to take on a mortgage far beyond their means (which is why the housing market today is taking far longer than normal to recover from excess.)

More than once Richard's answers exhibited a man charmingly hesitant to flaunt any degree of wealth beyond average. He's obviously retaining that strong parental influence to keep his feet firmly planted on the ground despite spotlight glare. Isn't that exactly the type of reason why so many of us find him to be a rare jewel in the entertainment industry - where a flashy lifestyle seems to be the norm?

Apparently RA is still engrossed w/the minutae of his chosen profession. Doesn't mind taking his work home in the evening by watching classic films. While we're enjoying the fine storylines in those movies, he's also mining for nuggets of acting inspiration. It's no small wonder why we find him at least as worth watching as any of the best former film stars - is it?

Hi to you as well Enrich - our posts are playing posting tag. Just noticed yours while proofreading mine;)

A very good interview, can't say I'm surprised at what he says as I've always thought he looks like a sensible kind of person when it comes to money and wouldn't get carried away and spend everything without thought for the future. Does he mean he bought his house four years ago or has paid the mortgage off and has now actually owned if for four years, after buying it some time ago do you think? It seemed unclear in the detail.

I think he should make a will though, it's very important and something I did some time ago, although I'm not exactly in my dotage. You never know if you are going to get run over by a bus and it makes it easier for those who are left with the responsibility of sorting things out when you are gone. Saves arguments too over your dosh! It's surprising what distant relatives come out of the woodwork when someone dies if they smell money.

Not altogether wise to let people know where he goes skiing though, I can see fans dashing to the shops to buy skis and head for the alps for their hols.

Sue, wise warnings about the importance of drawing up a will. Family members often part company due to conflict over who will inherit a loved one's belongings. People often forget that it's not only siblings participating in that process - unfortunately their marriage partners often cause problems. A will helps keep familial peace.

Perhaps Richard cleverly threw any possible snow bunny detectives off his trail by mentioning a ski region other than his usual one. He's adept at keeping at bay the few RA fans who might try to cross personal boundries.

LOL- I can see lots of women gravitating to that part of the lower French Alps during ski season! Especially on weekends.
I agree that a will is important, even if he assumes his parents and brother, and nephew will inherit his estate whether he has a will or not, I think now that he is making money he should have one. I'm surprised his financial advisor hasn't convinced him of it.
I agree this interview ads to his charm...sigh.

I found this interview fascinating. Proves he is a "Real Person".

Unrelated FYI - Richard's page on GetGlue.com only has 26 people who "Liked" him. That is insane!

Reg, I'm not familiar with GetGlue.com? Do you have to join to vote for him?
I see IMDB now has him listed in the cast list for Captain America:
http://www.imdb.com/title/tt0458339/

I notice that Richard seems to have made provision for the future once he started getting regular acting work i.e. RH, Spooks. He's well aware that acting is a precarious business and there will be times when work may be thin on the ground and he'll need a nest egg to fall back on. Glad he remembers his family, treats are all very well, but when parents get older it's spending time with loved ones that they cherish the most. We tend to think that our parents will live forever and forget that they're not always going to be around.

Good point, Sue. The mistake of thinking parents will always be around might be unavoidable for someone whose career is suddenly in overdrive. Although, Richard's remark about enjoying spoiling his parents, for all they've done for him, sounds as though he's on it, so to speak:)

Wonder if the SB2 schedule will keep him away for half the yr as it did the first one? Hopefully, RA is spending time with them after wrapping the CA shoot. Manchester is conveniently not far from their area, isn't it?

Get Glue made it's appearance on Twitter. Will place the link in the most recent post--for those who want to show their support for RA. As of an hr ago he only had 28 thumbs up. Obviously, his band of enthusiastic females have not as yet discovered the new site. See link above..