Hilarious:Nat Makes an RA Dream Come True--He's a Monster:) + Older Post of the Day + Poll: Are They Twins?(see pix below) + Is It Christmas Choir Practice? + Excerpt from Ep 5 Review & Link + Richard's 'guilty pleasures' 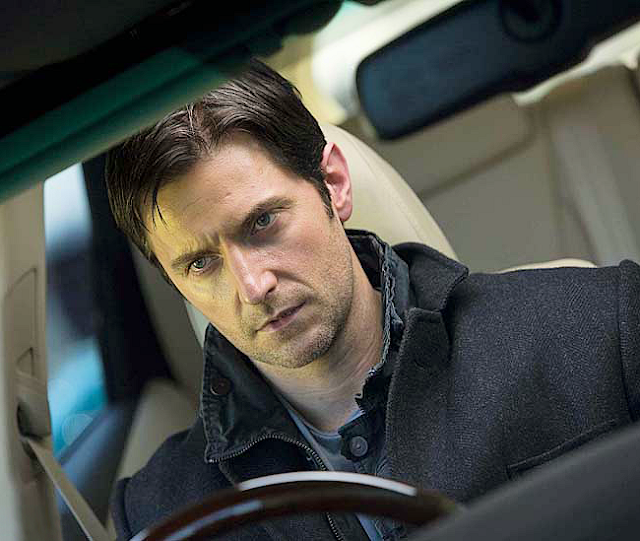 Following demonstrates tremendous talent from all involved(especially Nat)...no doubt the one showing him as a groom would curdle his blood the most...hehehe 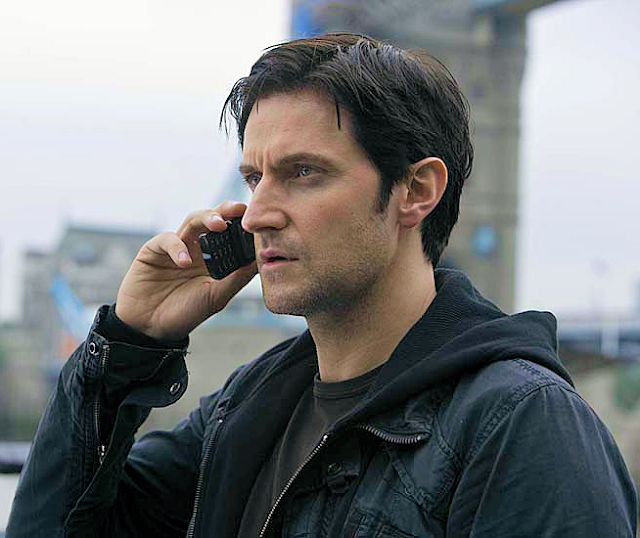 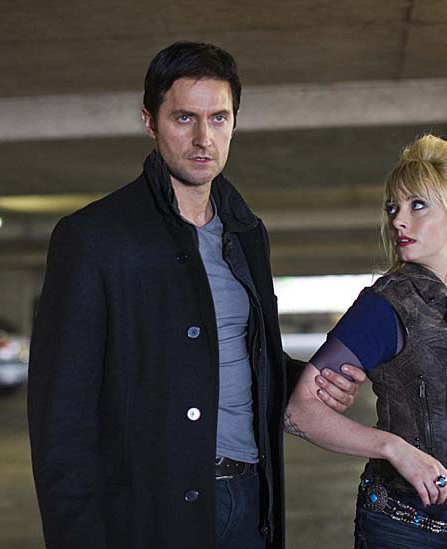 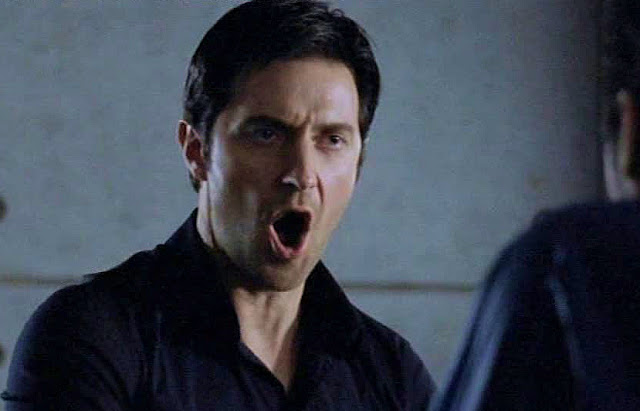 Above pic reminded me of a classic Christmas tradition.  If we didn't know better, could almost mistake LucJohn as participating in choir practice. 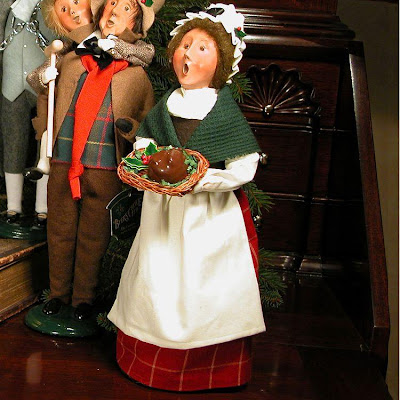 The Crachits
http://www.byerschoicecorner.com/all-byers-choice-carolers/a-christmas-carol.html
****
POLL PHOTOS: Will we discover Vaughn & Michael are actually twin brothers, or one and the same person? 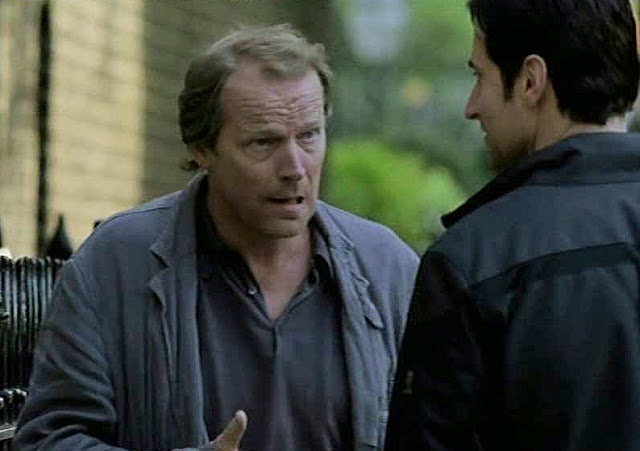 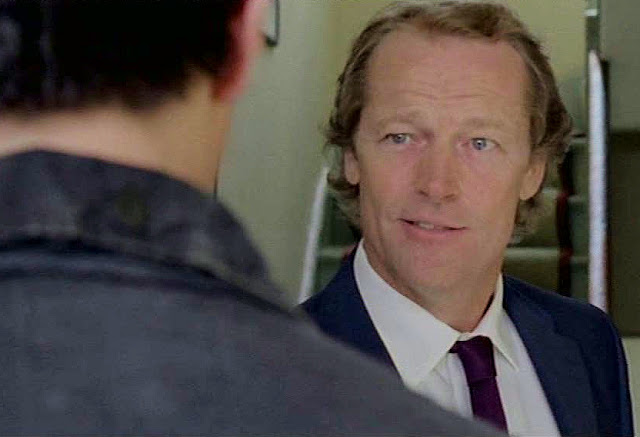 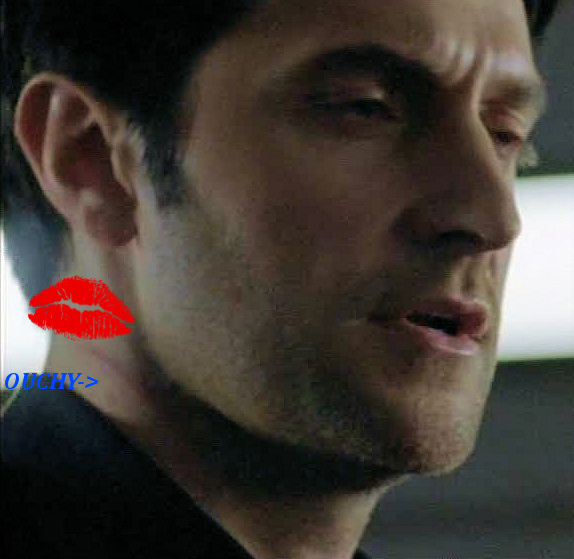 ****
An excerpt from Vicky Frost's review of Ep 5..(see link below for entire review)
Quote: >Given that it's clod-footed Spooks here, rather than a programme that does political subtlety, the episode wasn't a terrible attempt at even-handedness over the Middle East.  We had bad Israelis, bad Syrians, good Israelis, good Lebanes - certainly the end effect was more subtle than Spooks' usual Islamic terrorist default setting might have suggested. (You are welcome to disagree - I make no pretence of being a Middle East expert of any kind).<
[For me, although interesting, none of the plot review comments were the most memorable in the piece.  She admits to not being a Middle East expert of any kind, but neglects to admit she suffers under a politically correct dogma that is championed by many either self-delusional or 'too brilliant for their own good' journalists on both sides of the pond.  Their naive conception is that westerners must treat with equanimity those who massacre innocents in the name of their radical religious beliefs, and those who are simply defending the insane jihadists intended victims from the cold-blooded slaughter.
There really isn't any way to even-handedly consider both sides of the struggle, without first suspending all common sense in the process.  Of course those who buy into the notion, that it's tres chic to pretend there is a moral equivalence in the fight to halt the barbarism employed by Islamic extremeists, will consider Spooks to be melodramatic and unrealistic.  The truth of the matter will remain beyond their conviction until tragic fallout has landed at their doorstep.  History teaches us that the same was true for many politicians in the late 1930s when they were warned Hitler's aggression could result in a devastating European conflagration.
Wonder who the majority of journalists sided with at that time - Chamberlain or Churchill?
The current situation reminds me of the famous axiom.."those who fail to learn the mistakes of history are doomed to repeat them."]

As for Ep 5, the best scene for me was what felt like a never-ending awkward pause in the last few moments as LucJohn, Maya and VaughnMichael exchanged furtive glances at each other.  Ep 6 can't come soon enough, can it;) 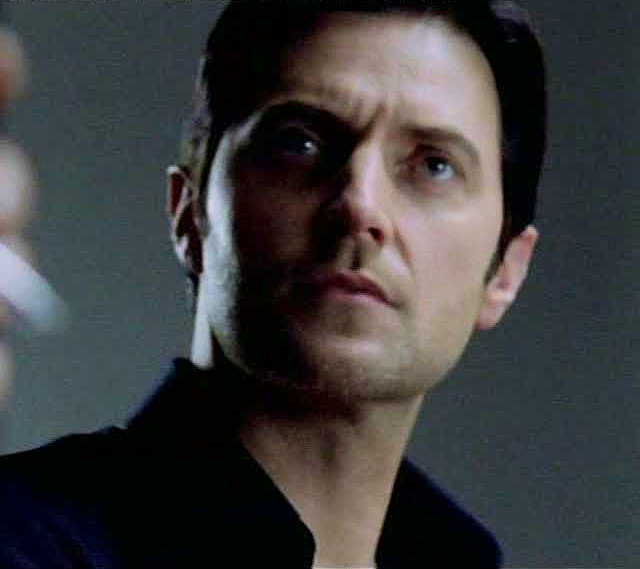 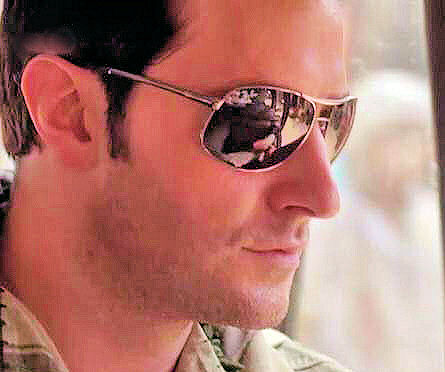 Inching up on the Halloween season with one of what RA considers to be a guilty pleasure - Pixar movies including Monsters, Inc and Up...he said "I think I just want to be a kid again"..
'Up' was a huge surprise - an utterly adorable one - nothing ghoulish about these..they are touchingly  humorous and true--anyone who has watched their parents grow old together appreciates the 2nd..
Older Post of the Day:  An interview w/Robin Hood costume designer - Frances Tempest
http://allthingsrarmitage.blogspot.com/search?q=frances+tempest+interview
Posted by Ricrar at 12:06 PM