Hobbsy's latest tweet says RA will be filming in Liverpool. 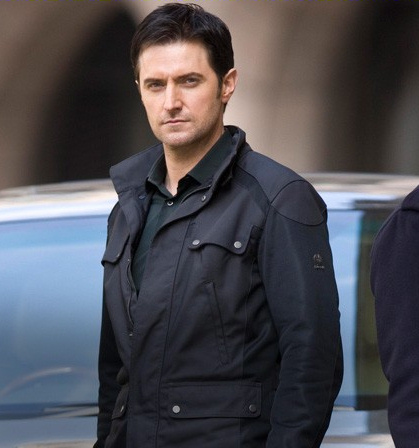 (isn't his expression appropriately sinister enough as Lucas to also be a WWII spy;))
hobbsy Tweet:  Chris Evans, Hayley Atwell and Richard Armitage are all on set today filming scenes #captainamerica ...28 minutes ago via TweetDeck
Retweeted by you

hobbsy:  100% Confirmed: Richard Armitage is Heinz Kruger. He is filming 2 scenes today #captainamerica ...29 minutes ago via TweetDeck
Retweeted by you and 2 others
****
Interesting review w/ following comment about Heinz Kruger..

"We see the loss and desperation that fuels Steve Rogers' decision to undergo the experimental procedure to become America's first super-soldier though several emotional panels. ... On the other side of the fight, we see the devotion Heinz Kruger has to his country through a final letter to his wife back in Germany."
Read more: http://comics.ign.com/articles/105/1051963p1.html#ixzz10SICo0yS
****
Not exactly a complimentary drawing of the evil (Richard's happy) Kruger (he's about to get a major makeover:)...scroll to bottom of page to see Heinz's friends listed..including Hitler..LOL..
http://www.comicvine.com/heinz-kruger/29-68691/

Friday: A kind commenter below provided  a link stating there's a new RA/Kruger? pic.   On the way I somehow managed to wander into a WWII timewarp w/explanations of the origins & history of Captain America & his diabolical enemy, Heinz Kruger.  Never having been a huge comic fan...err,,,well there were a couple  pre-teen yrs when the Archie comic caught my attention --  only because half the characters were teen girls who regularly flirted w/Archie & his friends, while wearing pretty clothes(the girls that is;)...otherwise the comicbook world was meh for me.  That's why learning the historical background for Capt America & Heinz Kruger has been an interesting ramble. Following passage has a reference to our recently discovered fav German spy...

>Captain America's appeal was novel; he was not born with great power, but rather had it bestowed upon him as a gift. The champion of freedom started out as Steve Rogers, a scrawny 4-F rejected by the army and then redeemed by a dose of a "strange seething liquid" that turned him into a strapping specimen of heroic young manhood. It could happen to anyone, even the ordinary reader. [the writer wrote w/tongue in cheek:] And part of the attraction was that Steve Rogers never became excessively gifted; he wasn't invulnerable - he was just tougher and braver and smarter than anyone else.

The secret formula and its inventor were destroyed by saboteurs, [Guess who?;)] and therefore Captain America was the only one of his kind, assigned by the government to disguise himself as a private in the army.<    http://www.superherostuff.com/Biographies/CaptainamericaBiography.html

MORE to FOLLOW...in the meantime... 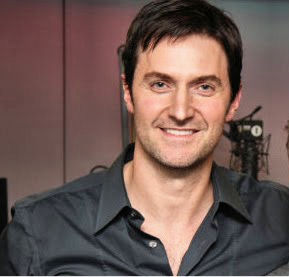 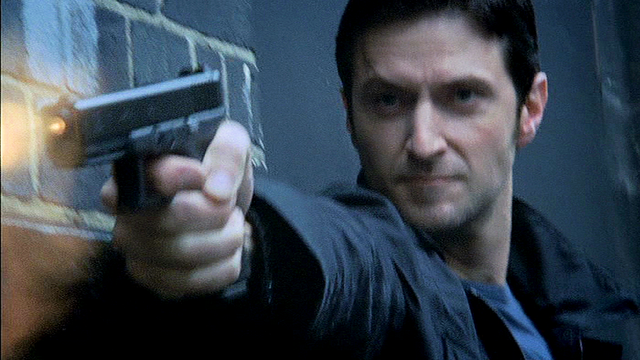 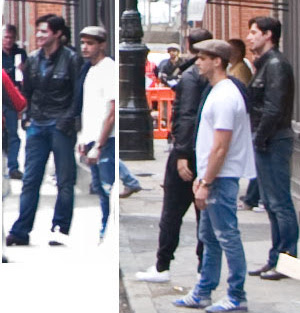 There is a photo of RA on this site. http://comicbookmovie.com/fansites/joshw24/news/?a=22984

Appears hobbsy is not the only one trying to get footage of the Captain America movie.

Bummer he's playing the "baddie" but he does look amazing in the gray suit!

Welcome Reg, thx for the link.

I started to search for it and somehow became distracted with all the other Capt America information. Will give it another go...this time totally focused on the goal;)

Thx again for the tip.

Thanks for the info RiCrAr, so it is 100% true he is in CA and playing the nazi guy.
Thanks for the quotes too, I'm really excited about the movie now!