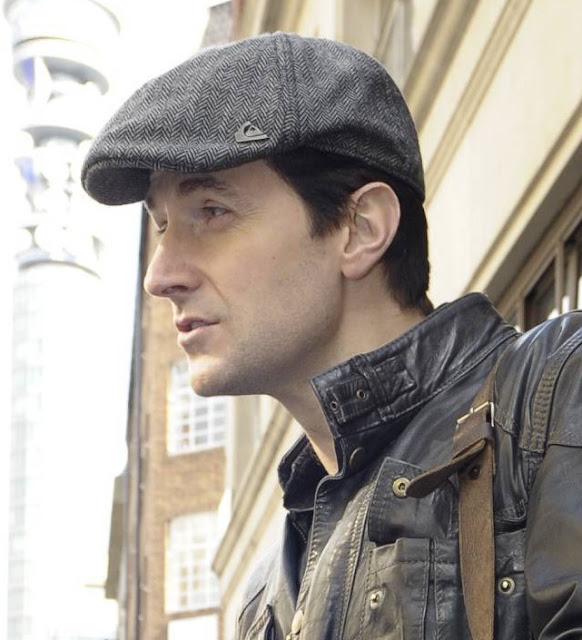 Received the entire interview from a friend - YOU KNOW WHO YOU ARE out there--THANK YOU SWEETIE;)

Please keep in mind this recap is from notes taken during a long interview.  American ears are not quite used to the breakneck speed of the chatter, and then add the slight difficulty with differences in pronunciation, etc - the following are simply my impressions.  (Tangent: hubby has watched RH 2&3, Spooks 7&8 and Strike Back with me.  For the first ep of each new series, he never fails to comment "whew! they talk fast, don't they" hehe:) Usually only takes one episode though for our inner ear to speed up.  There's a wonderful interview w/Michael Caine(love him:) on youtube, where he explains the secret to an American accent.  He says 'to the effect' - think of the British speaking style as all erect soldiers, standing at attention...then imagine them starting to slowly lean back...gradually becoming more laidback...he then slid from a British accent into Texan with ease.  All his youtube interviews are solid gold.)

--They spoke first in general about the Spooks9, ep 1 plot.  Won't repeat those more specific remarks because many would probably rather be surprised.

--RA said the writers have used a new device for 9 in that they sometimes replay the story by looking at another character's point of view.

--as a Spooks actor, you must let yourself be taken by the current because you receive scripts in pieces.

--S9 is about trust & deception...Lucas is happy to bring someone into MI5 who will go out on a limb.

--Things slowly start to unravel for LN.  The love of his life has a strong pull on him..she pulls him back.

--The Albany theme runs throughout the new series.  LN chases the Albany file all the way through.."maybe I've already said too much."

--"If there is one, we're screwed." (referring to Albany...whatever that is)

--I don't want a violent death. (then they chatted about the possibility of characters returning to the show) Richard said he'd love to come back terribly burned and scarred with a tiny little voice.

(talk about a nightmare scenario:)

--Strike Back: he said the first series was quite experimental.  In SB2 they want to branch out - possibly get American actors involved.  Porter is a loose canon type of character who can be taken anywhere.

Interviewer asked RA if he would like to direct.  Answered that he bought a book on film directing...he does enjoy studying the craft.  Would find it difficult to direct a soap, but that's the type of learning ground that makes directors.  Said he'd enjoy directing an ep of Spooks, but that it might be rubbish because it would probably just be closeups of him for an hour.

(Well, what's wrong with that?..sounds like a brilliant idea, doesn't it ;)

--Talked about the pressure of joining a long running series.  He said he felt if ratings fell he'd think to himself "Oh Jesus, what have I done!"

(didn't realize RA was such a prayerful man:)

At some point the former hit US series "24" was mentioned and Richard agreed when the interviewer asked if Lucas North could be called the Brit Jack Bauer.

Their comments reminded me of something posted on this blog many months ago, when the final season of the dear departed "24" began.. 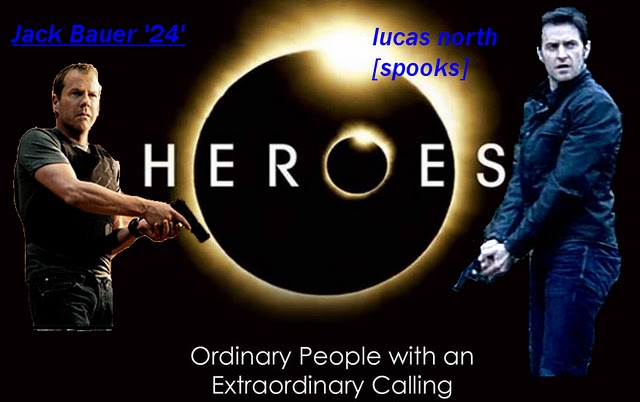 True OML - they're always the best thing on screen anyway...why not an entire hour of it? Of course, the male half of the audience might grumble. They had more than enough to see last year with that 'S' person;)