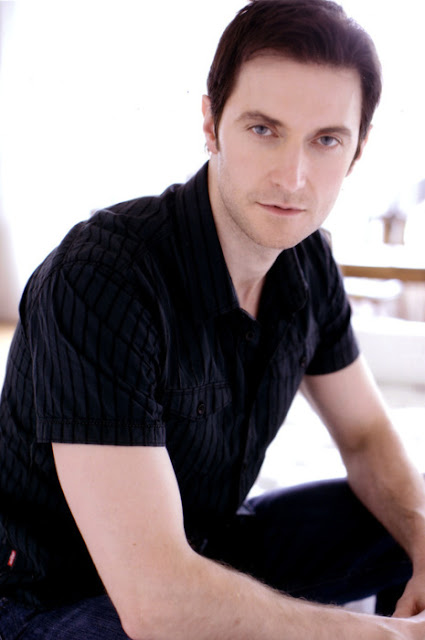 April 2010 - Past post of the Day: Squeeing had obviously officially begun for Strike Back:)
http://allthingsrarmitage.blogspot.com/2010/04/richard-armitage-strike-back-photos.html 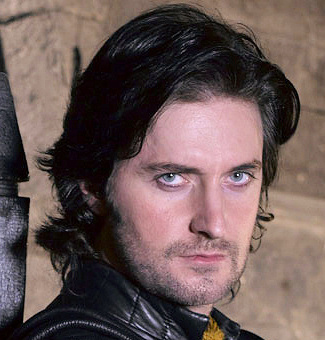 Thanks to a retweet by Musa:) we know that Lucy Griffiths has won a contract with the CBS network to appear in one of their future programs.  Congrats to Ms Griffiths - and to all Americans who'll now get to enjoy her talent and beauty on a regular basis... 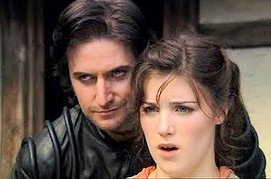 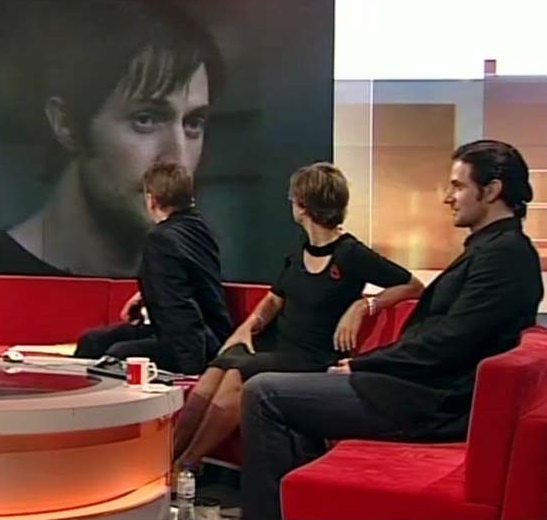 Coffee Fixes Everything by faboamanto..

It's a double hit -- the hostess of the latest edition of the Hobbitin5 report is wearing a Captain America t-shirt.  Note her comments on what capturing a role in The Hobbit could mean for the actors...

UPDATE: Yahoo news reports Peter Jackson's publicist released a message saying the director is in stable condition and will remain in the NZ hospital for a few more days...
http://news.yahoo.com/s/ap/as_new_zealand_people_peter_jackson 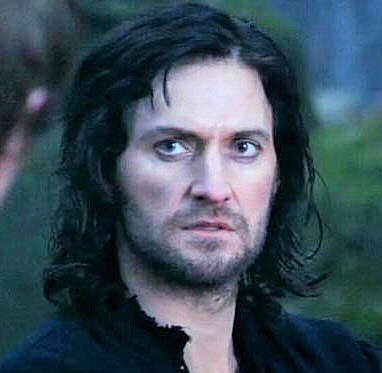 Thanks to psychomammy for this excerpt from RA's narration of Lords of the North
The link below is to a blog not currently active BUT filled with all sorts of interesting information
The Saxon Stories
The Last Kingdom
The Pale Horseman
The Lords of the North
Sword Song
Bernard Cornwell's latest series focuses on the Anglo-Saxon kingdom of Wessex, England during the 9th-century reign of Alfred the Great, his fierce opposition to the Danes (Vikings), and his determination to unite England as one country. According to Cornwell's replies on his website bulletin board, the series will not be a trilogy like his medieval works, but will have 3 or 4 more sequels: "I'm not sure how many there will be - perhaps seven? maybe eight?”
http://bernardcornwellbookgroup.blogspot.com/2009/08/catterick-cetreht-place-in-bernard.html 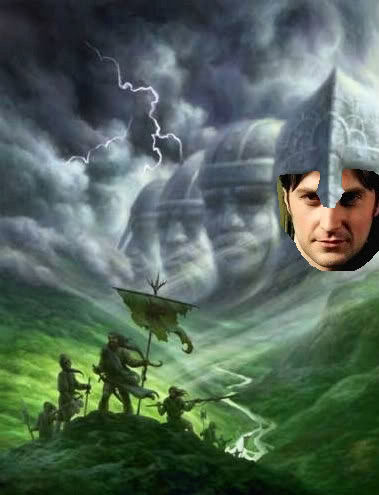 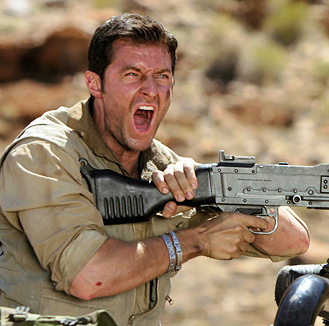 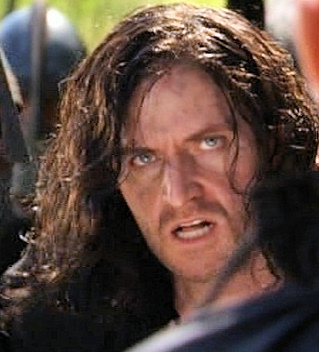 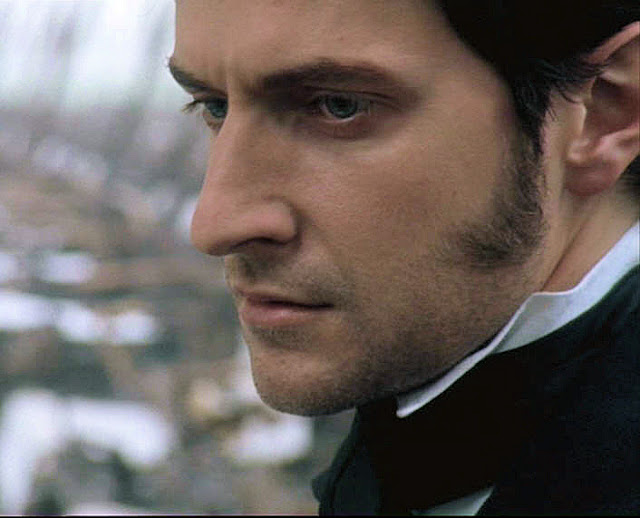 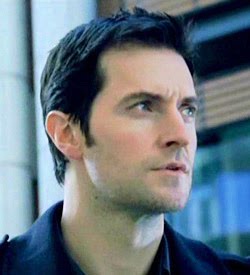 Uh oh! - evidently retirement from the spook profession has been a growth experience for Lucas North but not exactly in a good way;)  This lonnnng hobbit wait is resulting in very unique creative expression..HeeHee  http://sendables.jibjab.com/view/iqsgGqMLOV5d2CqZ
BEG mentioned today what a good laugh she had while watching the bloopers recorded during filming of The Impressionists, which reminded me of this precious 'behind the scenes' for VoD..
Posted by Ricrar at 12:40 PM

RE: Hobbit in 5:
Interesting she wore the Captain America t-shirt?

Am I mis-reading the above PBS Masterpiece announcement about Downton Abbey? I was just told on twitter that S2 will be aired for Christmas 2011. But, the article linked above appears to state that there will be 8eps(S2) airing in Autumn 2011 and also a Christmas special. No?

Agree the Downton announcement is not that clearly written. I think they mean there will be a Season 2 in the fall, and then a Christmas special in December,for the UK at least. Not sure when we'll see the second season or the Christmas special in the US?
Las episode of Season 1 tonight!

What a nice surprise, that e-mail from George Martin :)

I devoured all six episodes of Strike Back this Saturday. I was so caught in the story and it was really fun to see RA in a modern role (I had only seen him in N&S and RH), with modern clothes (and lack of them), swearing and cursing :D

His physique has changed for this role, hasn't it? I know that he had to work out, but looking at his torso in RH and now in SB there's a significant difference!

Have a nice week, girls!

RicRAR- MSG from GRRM! Maybe he's sending those out for WiC so fans go to that site about casting suggestions rather than to him. Yes, I think we have to face facts that RA may be too busy with The Hobbit to be Stannis. I still hope that he falls within the top 3 casting choices when WiC posts this week.

BEG - Richard does talk about how he got in shape for Strike Back in several interviews, including the extras on the SB DVD's. One thing I remember him saying was he wanted his body to look like he was kept fit from carrying weapons and doing the kind of workout you see in SB and not like he was working out in a gym, so he trained with a former SAS guy I think, or former SAS. I seem to remember he was doing part of this when filming Spooks. So his efforts worked since you noticed his body looked different from RH and N&S :)

@Musa: Yes, I've seen/read some of the interviews where he talks about getting in shape for his role in SB. Last week I saw the episode of RH where he is trying his armour - shirtless (sigh) and his torso and his arms are quite different than what I saw in SB. But his face is also different, less angulous.

I think I've read in here that you're from Peru, but living in Spain? Well, I'm in Portugal, so we're practically neighbours!

Ok, BEG... you said that you wanted us to let you know if you misspoke...

In your comparison of RA from RH to SB, you said "his face is also different, less angulous."

I think you were going for "less angular", meaning that in SB his face was more refined and had sharper angles than in RH. Is that correct? (I looked it up, just to make sure I wasn't missing 'angulous', but it's not a word, except for some bizarre medical definition)

I love how well you do speak English. I've tried learning other languages and I'm pathetic at it. Keep up the good work, and please don't take offense at my corrections... it's the teacher in me coming out!

How is everyone today? :)

BEG - you've given me an idea for the next poll. It's been awhile since we voted for our fav among a few vids. Might take awhile to find the correct ones..but will be worth it;)

Musa, I've decided not to add another post mentioning RA as Stannis at WiC, because one particular male there is so darn jealous (due to his wife's crush on Richard) he might start that condescending 'fan gurl' rhetoric. Would rather leave the former mentions speak for themselves as far as RA's unique abilities to bring the Lord of Dragonstone to life.

Laura,
Have you managed to record all of SB? It could be the last time we'll see John Porter, now that RA has moved on to the big screen. Suppose there are positives and negatives for us in that regard. Movies seem to take forever to come to fruition but their impact is usually worth the wait.

Don't any of you miss the hilarious Lucas North ballet posted above. RA fans are branching out into all sorts of amusing activities;)

@Laura: No offense taken, quite the contrary! I really appreciate the corrections, it was exactly what I meant: "angular" not "angulous" (I went with the portuguese word "angulosa").
Like I said, since I'm spending quite a few hours of my day drooling over a complete stranger, I might as well take the time to improve my english :)
In Portugal everybody learns english in school, and everything we watch on TV is subtitled, not dubbed (hope I got that one right!), so we are used to the sound of the language. In addition to that, I took english lessons outside of school, but that was more than 20 years ago, so I'm kind of rusty ;)
Please, feel free to correct me anytime, and thanks again :)

I don't know if any of you girs have Facebook profiles, but if you want to look me up, search me as "xanoquita".

I can't begin to tell you how much fun I'm having around here, oh my ladies :D

I found the video today and couldn't stop laughing:
http://www.youtube.com/watch?v=l6uLqngs8b4

Love to you all!

Isn't that a great vid of the bloopers, BEG;) Believe there's more than one of those for The Impressionists. Love the part where RA keeps saying to the other actor "stop! please stop!"..then he breaks into uncontrollable laughter as well:)

It reminded me of an adorable behind the scenes from the Vicar of Dibley--posted it above.

BEG :) You must be thinking of someone else who posts here. I am Latina (Spanish ancestry), but not from Peru, I live in the United States, the cold, snowy, icy, part right now. Many years ago I had the privilege of visiting Portugal, Lisbon and surrounding areas. Would love to visit again one day.

RicRAr, I think you're right about not posting on WiC. (I know just the guy you're talking about - LOL). I think unless our gorgeous RA can clone himself, he's not going to have time now.

I've managed to find most of SB on Youtube. Someone is messing with me, and only put up the first half of episode 5, so right now Porter and Baxter are running from a drone and I have NO IDEA what happens!!!

I am absolutely loving SB. I'm an adventure girl, a sucker for a strong man in uniform. It's as bad as my yen for knights...

I know he's a busy boy, but I hope that he has time to do more SB. It's another good show that I hate to see come to an end.

Ricrar: yesterday I saw on YouTube that bit of RH when Guy says to Marion "BEG!"... I had to laugh and swoon simultaneously :D

Musa: I must have mistaken you for somebody else, sorry. I've been through almost all the posts and comments in this blog and I'm pretty sure that someone mentioned being peruvian and living currently in Spain.

So, I've seen Strike Back, am currently watching RH on tv and started downloading the 7th season of Spooks :)

RiCrAr, I've just gone back and watched the Dibley bit again. I hadn't watched it before, because I own the series.

Thanks for putting it up there. It was such a sweet and amazing show... not just the part with our guy in it, either. The entire thing. One of those that stands out there. When I need an escape, I often head for Dibley.

Yes, Laura, VoD was a charming series. My fav character, other than Harry of course;) was the stuttering older gentleman. Hilarious parishioner and played to perfection. Oooh, can't neglect to mention the Vicar's 'bosom' buddy. Don't know the actresses name, but she truly caused many great laughs while watching the recent series.

The VoD actress is Dawn French and I read in an interview that RA admitted having a little crush on her...