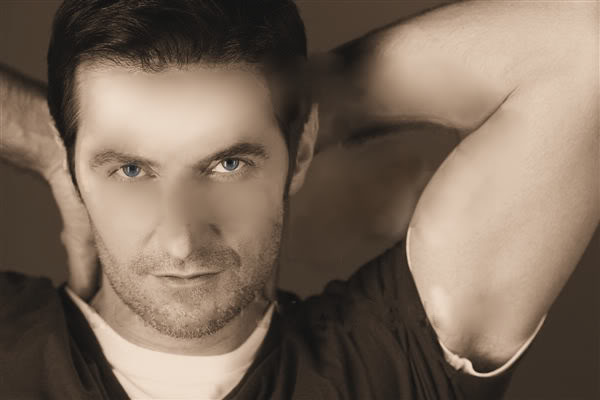 Upon noticing this news tweet a short time ago, my initial reaction was that it must be someone's idea of a joke but quickly and sadly realized it is the truth.  Filming of The Hobbit is expected to be somewhat delayed while director Jackson recovers from surgery.  Our best wishes for his speedy recovery..
http://the-hobbit-movie.com/2011/01/27/the-hobbit-delayed-after-peter-jackson-has-emergency-surgery/ 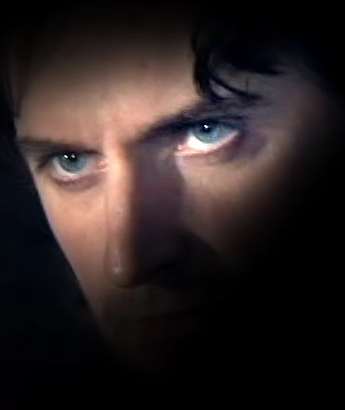 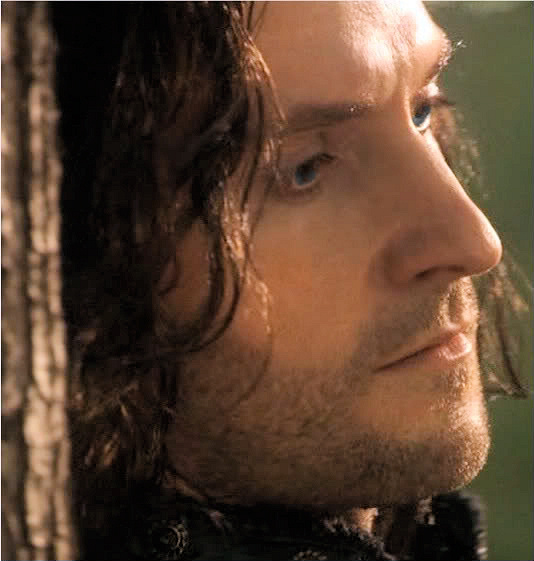 A challenge for RH/RA fan vidders:
Hesitated to post the following, but then she stated her favorite male character in the Robin Hood series is Guy of Gisborne - thought to myself "aha! a female of discriminating taste - same as all of us":)
Laurissy’s Answers to the above challenge: 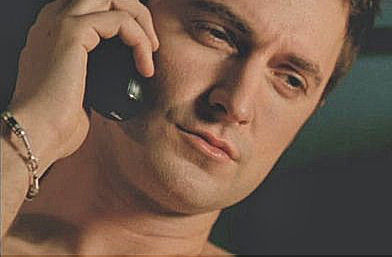 Thank you Musa for finding this interesting interview with the casting director for The Hobbit:
http://www.iftn.ie/news/?act1=record&only=1&aid=73&rid=4283633&tpl=archnews&force=1
****
NZ Headline: Hmmm…birth rate has currently jumped in NZ - traced back to Apr 2010.  Could it possibly have leaked out in Apr that RA might win a major role in TH?  Would be interested in seeing how many copies of North and South were sold at that time;)  The clues tell all *winks*...
http://www.stuff.co.nz/waikato-times/news/4593192/ 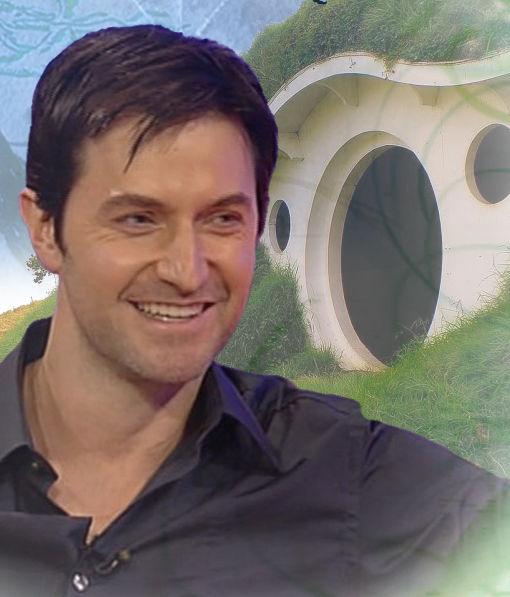 It's fortunate that there are so many talented RA supporters to help keep the long Hobbit wait interesting
Locals hush as Hobbit date set
Last updated 10:51 17/01/2011
--The pitter patter of hairy feet is getting louder in Matamata with The Hobbit to start filming next month.
--Wellywood insiders have told the Dominion Post that Valentine's Day – February 14 – is when cameras will start rolling on the two films.
--Hobbiton Movie Set & Farm Tours manager Russell Alexander was tight-lipped today--"I've got meetings coming up but I'm bound by confidentiality and I can't talk, and I can't say what I do know."
--Matamata-Piako Mayor Hugh Vercoe said the long-term economic benefits for the district outweighed the immediate economic impact of production. Unlike the set built for the Lord of the Rings films which was dismantled following filming, the one rebuilt for The Hobbit would remain permanently, providing a future drawcard for fans once filming finished.
--Ongoing tourism from first movies meant it would be difficult for locals to detect an influx of crew and actors for The Hobbit when filming did begin.
--The town was "looking absolutely fabulous" and was ready to welcome the film crews with open arms, he said.
http://www.stuff.co.nz/waikato-times/news/4548017/Locals-hush-as-Hobbit-date-set

Here's a lively and imaginative New Zealander who apparently will not be intimidated by the 'hush-hush' attitude of his fellow kiwis.  The Hobbit's director, Peter Jackson, is also from NZ and happens to have a strong resemblance to his Twitter impersonator, Peeder Jigson...

Peeder Jigson's latest tweet:  >Whaaaaat? The studio now "insists" I remove the "hobbit rap" scene. That is the BEST scene.<
****
Here's what we missed without a RH4:Clive Standen would have assumed the lead role... 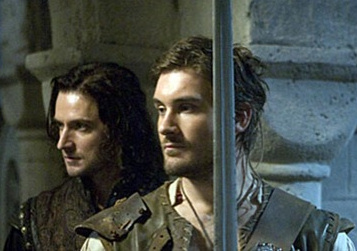 Believe it or not - the following is Joanne Froggatt - Kate in RH3 & Anna in Downton Abbey.  Amazing what makeup, hairstyle and practicing the 'if you've got it, flaunt it' advice can do for a female, isn't it;) 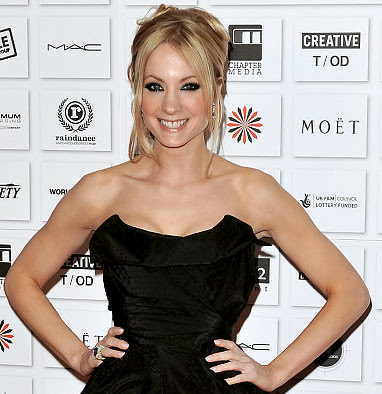 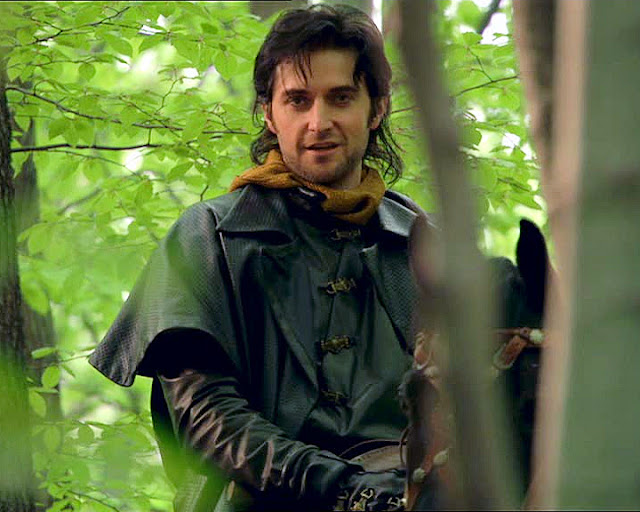 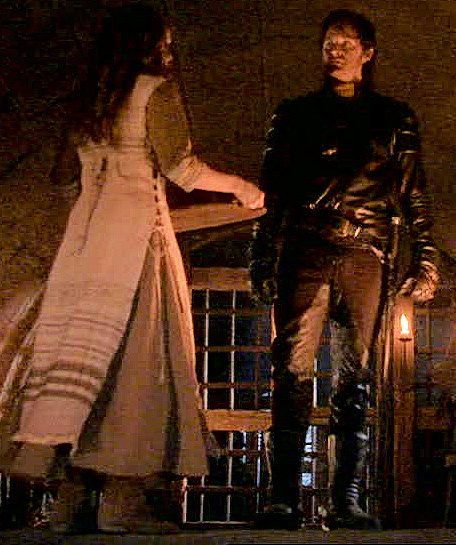 Believe this is the scene where the sheriff punished Marian by cutting off her hair. ahhh, apparently Guy couldn't watch.  Reconsidered the ahhh--someone who could abandon a baby doesn't deserve pity:) 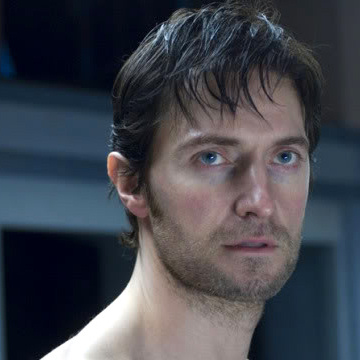 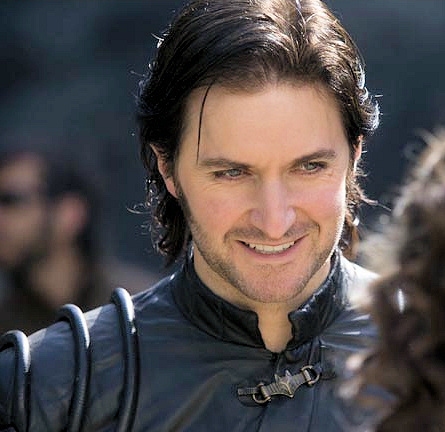 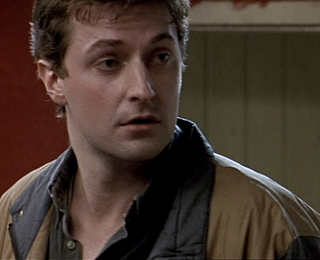 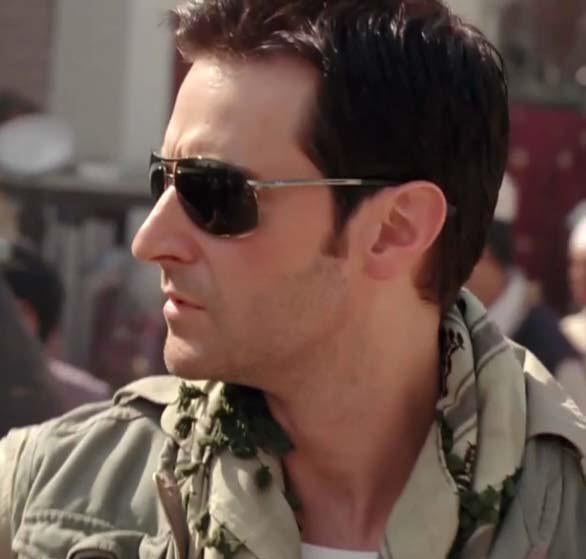 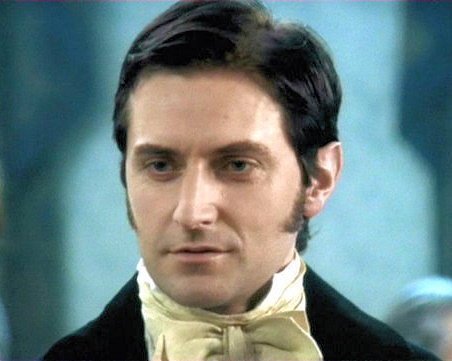 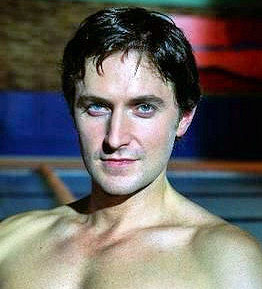 Can you believe the news about poor Peter Jackson! Talk about stress! Hope he gets well soon. I guess the dwarves will have a longer time to train.

Thanks for pic of Joanne Froggat, good to see her looking good in modern garb:)

Hi! I just want to introduce myself and congratulate you for your blog, it's amazing!
I only discovered Richars a few weeks ago (shame on me), when by chance I caught an episode of The Vicar of Dibley.
Needless to say that being a 40 year old, divorced, overweight woman, I immediately fell head over heels in love with that gorgeous, blue eyed, sweet voiced man :)
Since that day I have spent every spare moment looking him up on the Internet and yesterday I found your blog.
I'm from Portugal, and Richard is not very known here, although, after I mentioned him, a few friends recommended that I should watch North & South, which I obediently did - and the passion got worse :)
I am also a big Game of Thrones fan. Before Richard I was rooting for Mark Strong as Stannis, but now I've changed my mind...

Love to you all and greetings from Lisbon!

Hey there Musa, was beginning to get concerned you might've been on a sick list as well - there's so much flu circulating at the moment.

If it was startling for us to learn that Peter Jackson is recovering from emergency surgery, imagine how TH actors feel right now. Of course, they're concerned for his health but probably chomping at the bit as well to finally start filming.
****

Welcome to the blog brown-eyed Girl:)

Enjoy your new fascination with RA. There are so many interesting roles for you to discover, as well as numerous interviews to read where Richard reveals his warm personality.

Many of the interviews can be found on the sidebar of this blog--more recent ones are listed under 'chocolate choices.' Past blog pages are filled with pix and details of our fav actor.

If your mind is filled with questions about RA's work, etc - simply ask and we'll be happy to furnish you with what we've learned so far during our admiRAtion journey. Again, let me extend a warm welcome to the blog--stop in whenever your schedule permits:)

I'm here! Just working long hours lately and too tired sometimes when I get home. (Also going to the dentist, but that's another story!) But I've been checking your posts every day :) Have to read the Sunne in Splendour, will add to my list.
I just finished listening to RA's narration of "The Convenient Marriage" and now need them ALL!

Hello Brown-eyed Girl - glad RicRAr and I have another ally for the RA as Stannis campaign!

Thank you, ricrar! I've spent a good part of the day yesterday investigating this blog and I can see it's full of goodies :)

I've seen most of the interviews and he's just adorable...

I have BBC Entertainment on cable and they're rerunning Robin Hood!

I was pleasantly surprised when I came across the messages he leaves his fans, who else does that!?!

Thanks again for the kind welcome, I can see I'm going to have fun around here :)

Ok, so I just finished watching my first Robin Hood episode. I'm a lucky girl, because it was exactly that one where he's trying on his armour and Marion comes to visit :):):)
The show itself is kind of silly (I know it's for a younger audience), but I found the Sheriff hilarious and Gisborne... wow... do I need to say anymore?

P.S.: I apologise if my English has some mistakes, it's not my first language, so feel free to correct me. I might as well learn something while I'm drooling all over my keyboard :D

Thrilled to have 3 of us determined to see RA in the Stannis Baratheon role, if it's at all possible. Of course, the hobbit and other commitments very well might make it impossible for him to do:( Ah well, we won't throw in the towel unless the latter becomes a certainty.

Your English is excellent BEG..hope you don't mind the abbreviation:) In fact, Guy in one of his darker moods, directed Marian to "beg." That one word managed to make his adoring followers melt.

Although I've often drooled over that hot knight;) if he or any man gave me that order they'd get the response - "you're the one who'll literally be begging unless you find a more romantic way to persuade a lady." heehee...never could quite fit into the obedient wife role, and fortunately hubby prefers it that way. He's another man who enjoys a challenge.

The Marian/Guy armor scene is in RH2, so you have an entire series leading up to their 'almost merger' in the second series. In fact, S1 ended with the couple 'amost' marrying. Poor Guy was often so close yet so far from where he yearned to be with Marian. It was a sizzling yet tragic relationship - but definitely not the first in that category for an RA character.

BEG is fine, actually I kinda like it :) My name is Sandra, by the way.

I want to ask you something about RA's hair: I've seen photos and videos from the season 3 of Robin Hood where he has long hair (and I loooooooove it!). Do you know if it was his real hair? If it was I havent's seen any pictures of him in "real life" with that hair lenght, have you? I have this thing for men with long hair [sigh] I can't help but imagine what it would feel like to run my fingers through it, LOL!

RiCrAr, are you trying to KILL ME??? Those first two pics!!! (ok, this post is full of thud-worthy pics, but man!!)

Haven't been here in a couple of days. Up to my ears in silent/live auction planning. But I need a break. Likely will be back this evening, just to sit and stare.

When RA fans first received pre-RH3 promotion photos of Sir Guy, there were many mentions that hair extensions had to be used for the longer length hair. That almost had to be the case since Richard needed much shorter hair to play his next role - MI5 agent Lucas North. In fact, he was absent for 2 of the earlier RH3 eps in order to shoot Spooks7 in London. All 3 Robin Hood series were filmed in Hungary.

It was fascinating to see the reaction of his fans to Guy's longer hair style in S3. I was one of those who took forever to warm up to it, but many had your reaction--they found it very hot. Actually, I'd only reacted negatively to his terribly unruly hair in eps 1-3. He was in a downward emotional spiral after the tragedy that occurred in the final ep of RH2. I'm trying not to spoil it--just in case you've not seen that series changing episode.

Once he returned to Nottingham--about ep 5--the new and improved Sir Guy was gorgeous as ever; and my drooling recommenced(hope that's a word):) haha

Laura, find myself needing a fix of that first pic after few weeks. Love it, but can't help think that Richard wanted to be certain to get those hard earned biceps among his professional portfolio pics. Why not? All of us feel self-satisfied once we've expended the energy and time necessary to get that much luscious muscle definition.

Actually, there are so many RA pix in one post because blogger was stubborn for a couple days and refused to upload. Once I'd found the solution to the problem, could not stop clicking one yummy pic after another. It felt almost like consuming a delicious meal--yum, yum, yum:)

That first pic (the sepia one) is my wallpaper on one of my computers!! (which reminds me, did you notice the "scrub" across his nose? Looks like someone tried to photoshop something. weird)

But man, you've outdone yourself this time. Those first two - the eyes. The pic of him on the horse (Richie?), the Strike Back with the sunglasses.

Be still my fibrillating heart!!

Thanks for the "hair explanation", Ricrar :) It didn't look like a wig and I was almost sure it couldn't be his hair either, so there you go: extensions!
I know what happens in the end of season 2, so no spoilers there.