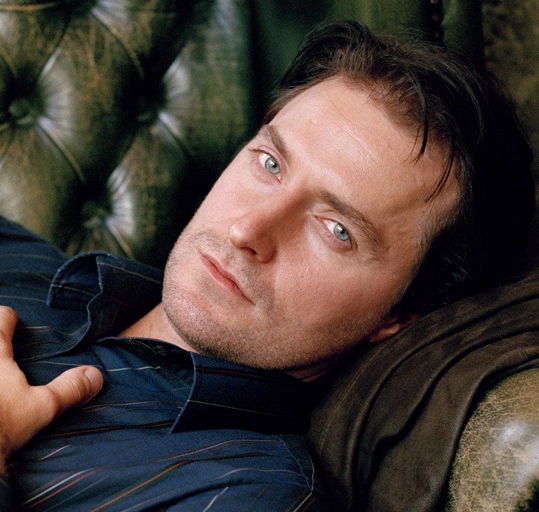 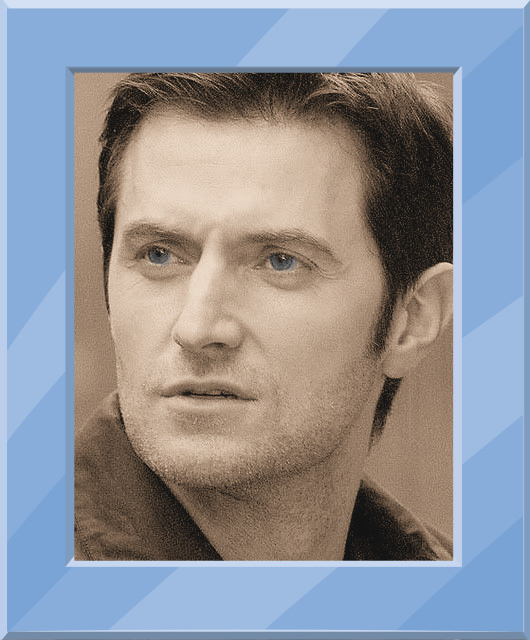 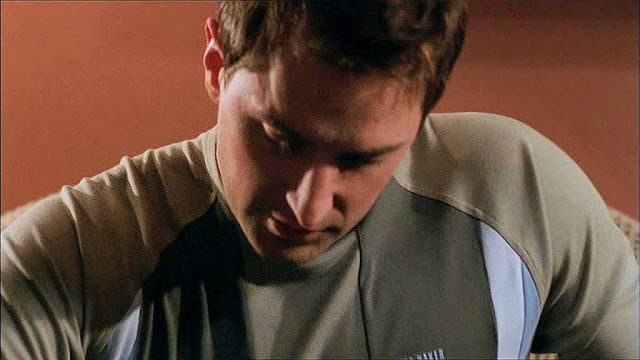 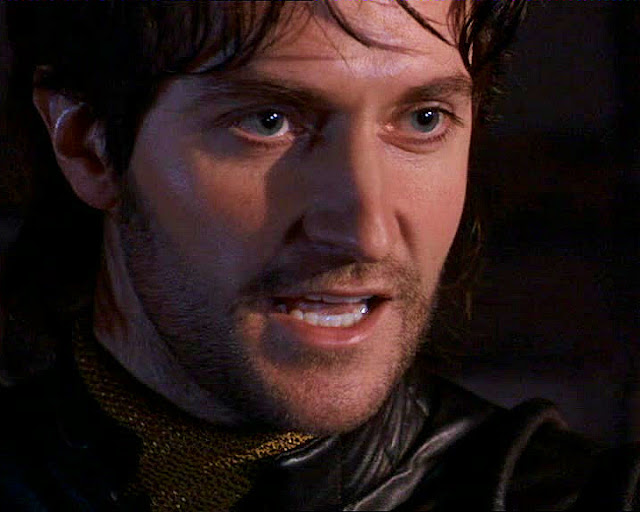 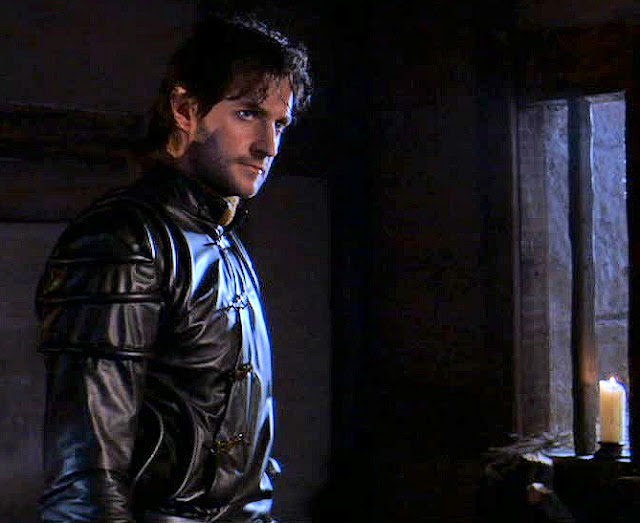 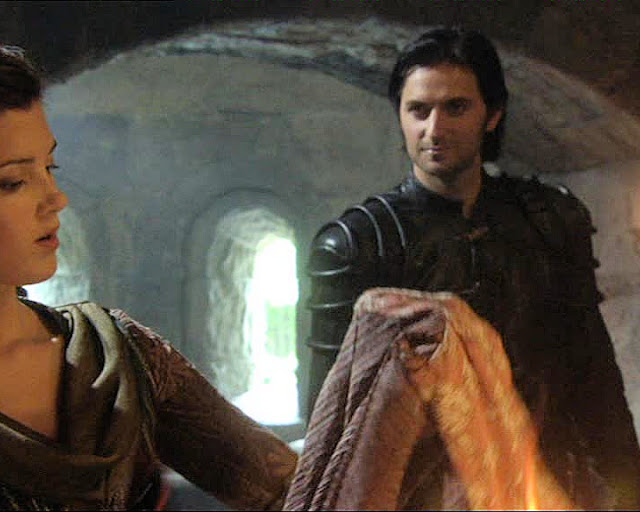 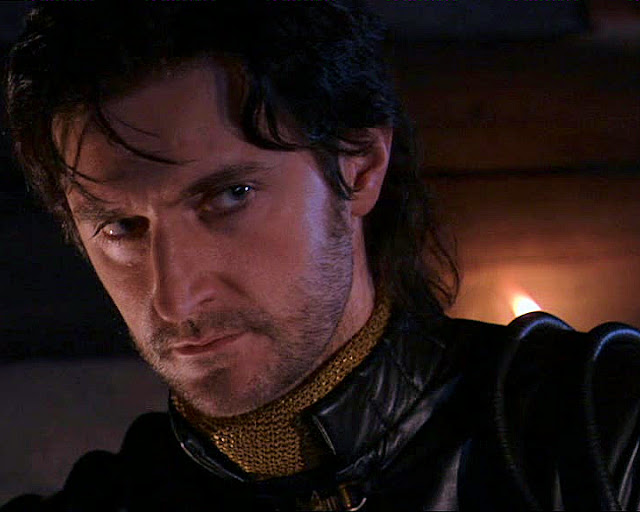 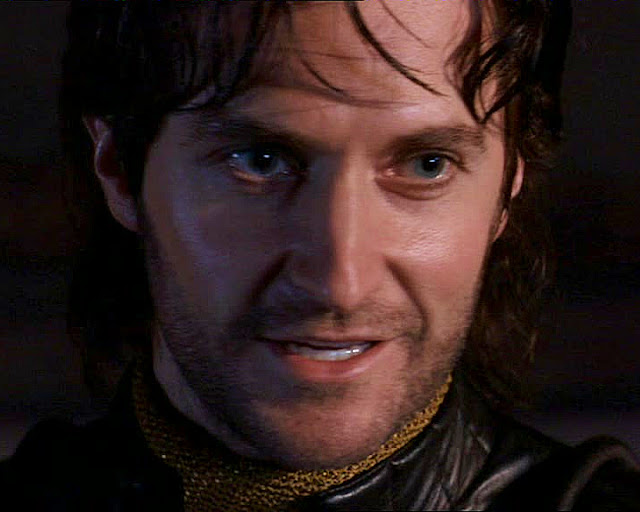 ****
Well, it's nice to have a smidgen of RA news even if we could hardly agree with the results of this particular poll:)  richardarmitagenet.com revealed that Richard came in second in Woman's Own  Magazine's hunky of the year runoff.  What? Second? are they pulling our collective leg?;)  It seems #1 is Lee Mead.  [psssst...whispering...never heard of Lee and after seeing his photo, do not understand how anyone could consider him better looking or sexier than the man above...but maybe that's just me.....and millions of other females in almost every corner of the globe] haha...c'est la vie!
--you win some, you lose... Oh yes, almost forgot to mention that #3 is Daniel Craig.  The announcement reads "the battle of the spies was won by Spooks god Richard Armitage [they got that right;] who beat 007."
****
Acting range examples follow... 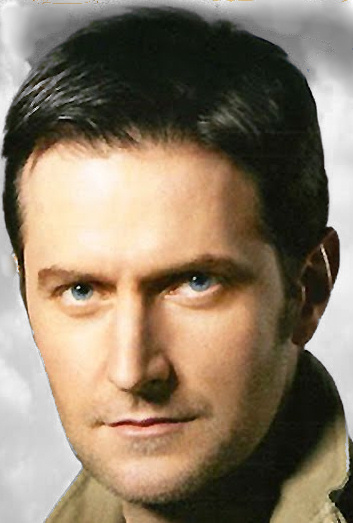 Richard Armitage delivering justice as John Porter, Strike Back:Pompeii by bccmee
The softer side--Difficult to believe, but Valentine's Day is already in the air(following by colinfever) 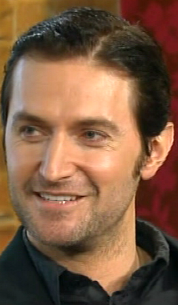 Next, ep 11, Robin Hood 3 -- no longer the Sheriff of Nottingham's evil henchman, yet not exactly angelic either.  The Guy of Gisborne in RH 3 was somewhere between strong, steely back-boned John Porter, and the somewhat sensitive, sexy man with a disarming way with the ladies (as he applies romantic passionate kisses) in the above video.  Here's the redeemable Guy of RH3...
Last time you chose your preferred personal interrogator, there were only two choices - here's the opportunity to reconsider your decision....(see poll) 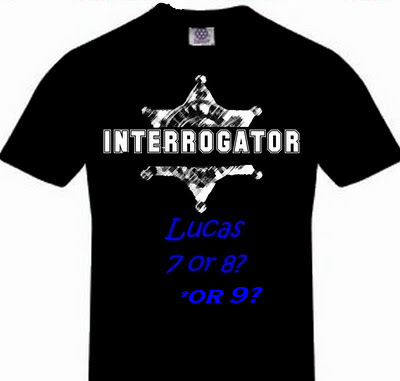 DISCLAIMER: This is definitely a spoof - not the authentic PJ;) but he is an entertaining kiwi...
http://www.funnyordie.com/videos/aa3fc78446/peeder-jigson-s-video-diary-pt-1

Captain America: The First Avenger [July 22]: Can Joe Johnston save face after last year's awful The Wolfman? Can this film actually be any good? This film is one of many comicbook adaptations coming to the big screen this year and I have to admit, it doesn't yet have my attention. The cast includes Chris Evans as the title character along with Hugo Weaving, Sebastian Stan, Hayley Atwell, Samuel L. Jackson, Toby Jones, Dominic Cooper, Tommy Lee Jones, Neal McDonough, Stanley Tucci and Richard Armitage.

I loved that whole series, but I think the line that got me most, out of the whole thing was Gisborne's, "I stand with you" to Robin, near the end. I really should save my pennies and buy the DVD set.

Yes, the "where will I sleep" line spawned quite a flutter of suggestions from his admirers. lol

I've RH1&2 in my RA dvd collection, but never felt compelled enough to purchase 3. It took me quite awhile to get used to Guy's longer, unkempt hair for the first few eps - then he was absent for 2 entire eps. Upon his return, his more upbeat attitude was reflected in his appearance, YUM! but his role seemed to have been somewhat diminished due to the Lucas North filming demands on his time.

IMO, Archer stole the last few eps of RH3 as the bold, charming younger half brother to Guy & Robin. His relationship with a sheriff's wife was hilarious. Didn't he Ooze caddish charm when she asked to go away with him, and he insisted after a final kiss - "I don't deserve a woman like you!" hahaha Enjoyed many chuckles during that type of Archer scene:)

Will we start hearing reports from NZ in the near future? The dwarves were scheduled to begin training sometime this month.

Well, the one thing the Woman's Own poll got right is Richard is a Spooks god - he's my Spooks god! (I don't know who Lee Mead is either?).

What IS going on in NZ? We need someone on site to do some sleuthing like the GoT fans in Dublin!

Thought we had one a couple wks ago but made the mistake of leading her to the first ep of Robin Hood and have not heard from her since:) haha She must be up to RH3 by now.

Interesting tidbit is that she'd tried out as a hobbit extra and was waiting for word whether she was hired or not. Perhaps she's busy right now with costume fittings, etc. And she did promise to keep us informed when filming begins. Live in hope it will happen.

Couldn't believe my eyes that more votes were cast for Lee than Richard in Woman's Own poll. There's no accounting for taste is there;) teehee Evidently some females prefer fresh faced with curls to rugged stubble with penetrating eyes and earthy voice.*thud* Ah well, different strokes for...

Are you still pursuing the cruise details? Does there seem to be much interest from RA fans? It seems to be more focused on LOTR than The Hobbit. We do need to locate Hobbiton in NZ. That might help narrow down the twitter sleuth candidates.

Maybe she's gone on to N&S by now-LOL

Yes, not much interest in cruise, but I think you're right. Difficult to get people excited before the film, or even any real news about filming in NZ. Good idea about trying to find on Twitter. There has to be some extras or even residents that live near filming sites!!!!! Will explore this weekend.

I must admit in RH3, when Guy ordered his men to "put the weapon in position" made me chortle out loud. Of course he was referring to the large box containing that manky, flea ridden, lion (who I felt rather sorry for, a very poor specimen indeed - no not Richard the lion!)

By the way I wonder if Richard will ever go back to his original hair colour (dark brown). I must admit Richard's hair colour in Cold Feet, Frozen and BTS quite suited him. The black hair first seemed to appear in N&S, then continued when he played Guy, but it does look quite blocky and rather unnatural. What do you think, brown or black?

That's an excellent question, Sue. Believe there was a poll months ago on the same topic and black was chosen by the majority.

IMO, he's drop-dead gorgeous either way. It wouldn't bother me if he decided to forego coloring it at some point.

Yes, Mrs Gaskell must've described JT with black hair. Suppose the fact it was his breakthrough role convinced Richard he would be wise stay with it.

John Standring also was during the natural haircolor days and after his makeover those brown curls were adorable;)

At the beginning of the Strike Back book, John Porter is described as having jet black hair, so obviously Richard was ideal for the role. When you think about it, I bet Richard hasn't had to put his hand in his pocket and pay for a haircut in years, he just waits for the next acting role, and let's the hairdresser loose on his shiny locks (lucky mare!)when they give him a makeover for the part(including hair extensions for RH3). I quite like the haircut given him for the Heinz Kruger role, which is obviously a 1930's/40's style, it suits him and makes him look very young and boyish. I think he will suit a beard in The Hobbit.

Which is the Heinz Kruger haircut, Sue? Is the longer length he wore for the 'cooking' interview on the Lorraine show?

Didn't he also wear that sherlock-holmes-like cap on that day or for an interview around the same time? The cap made me wonder if he was comfortable with the new look. It took awhile to grow on me but considering, as you said, a beard will be the next major change - learned to live with it;)

Yes, the Heinz Kruger haircut is the one he has in the cooking interview. I think the middle parting and half fringe suits Richard, rather than swept back from his face, because he has a high forehead.(Mind you in the Captain America film I notice that he has his hair swept back completely from his face, but whatever!)

At least Richard won't have to bother about shaving while he's filming The Hobbit. (Unless they give him a gigantic false beard and he looks like father Christmas!)

Just heard that they are due to start filming The Hobbit in Wellington, New Zealand on the 14th February - Valentines Day!