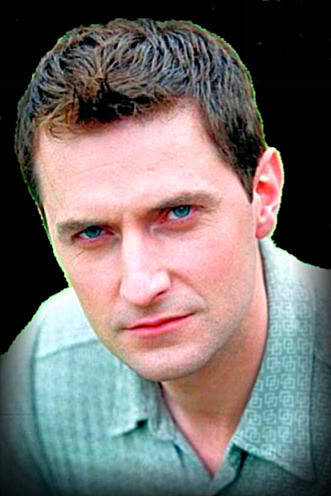 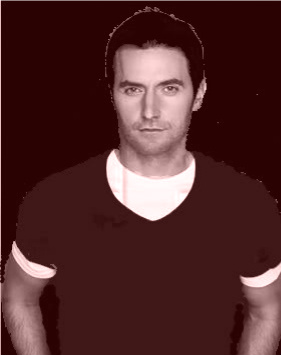 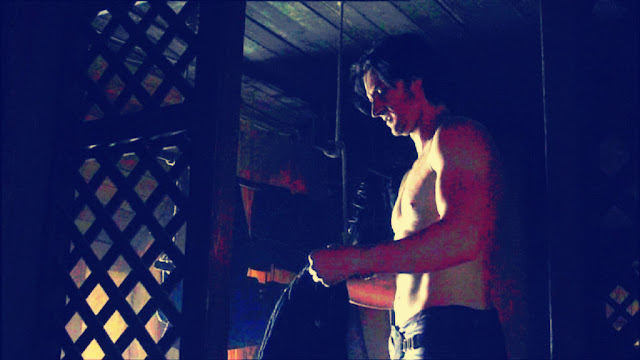 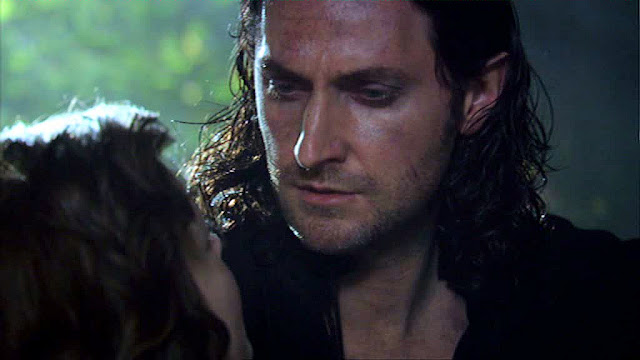 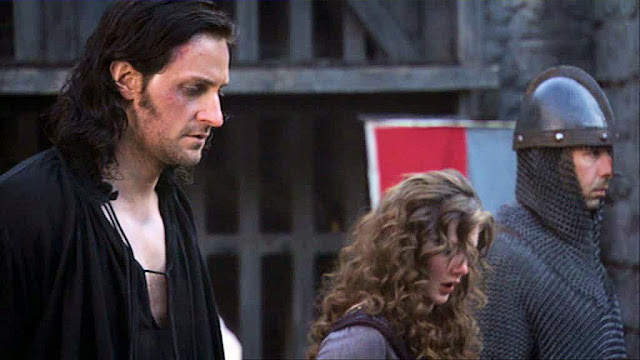 After seeing this portrait of the real Lucrezia Borgia, the striking similarity in bone structure, and huge almond shaped eyes, made it perfectly clear why a casting director would find Holliday perfect for the role... 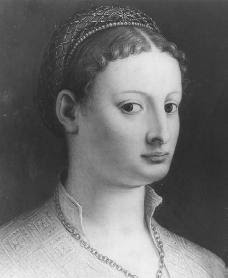 Not only grown up but a fashion diva as well...lovely.. 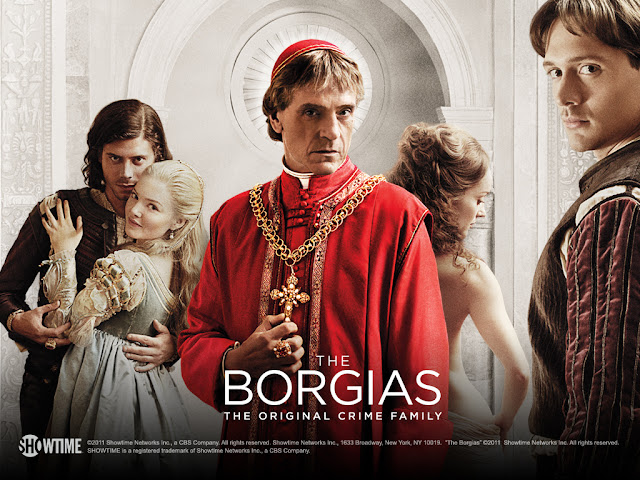 Sincere merci beaucoup to Musa for reminding me of the following interview - Richard was asked which historic figure he'd most like to take out for a drink, his reply was Lucretia Borgia... 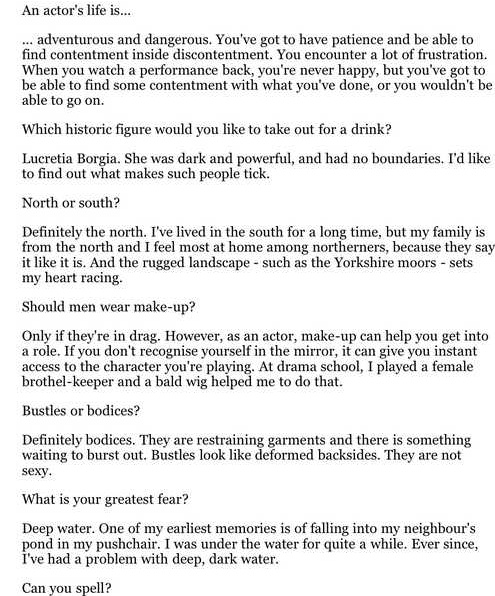 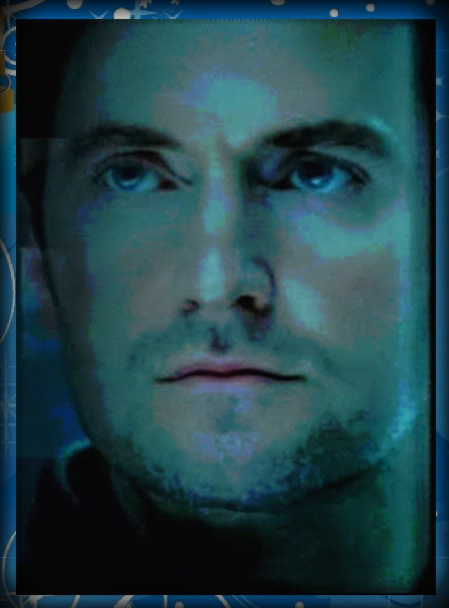 Is the following news additional evidence that sweet things come from Leicestershire?;)  Fruit cake??..wonder if that's considered a traditional wedding cake.   Splendid idea to have the 4 national flowers of the British Isles as cake decorations.
My niece's wedding will have an Irish theme - must ask if her baker will make tiny green-tinted-frosting shamrocks sprinkled among the other flower designs.  Her bridal dress is snowy white with a lovely shade of green embroidered down the center of her laced back, flowing into a delicate green design on the chapel train.  Bridesmaids wearing black column floor length dresses(it's an evening wedding) with a matching band of green along the strapless bodice.    http://news.sky.com/skynews/Article/201009115960789
Posted by Ricrar at 10:58 PM

Yes, interesting that Holliday's face structure and eyes as you say are very similar to Lucrezia Borgia. Didn't RA say in an old interview you posted not long ago the historical character he most wanted to meet was Lucrezia Borgia? - LOL
Nice that RA and Holliday have worked together twice now :)

Thx Musa - I'd forgotten about that interview, but retrieved and reposted it above. My initial reaction was that Holliday might've contacted Richard about the role and it was on his mind during that interview. However, upon seeing it took place way back on Dec 2, 2004, I realized it was merely a coincidence that she won the role. Looking forward to The Borgias with even more anticipation after learning this news about her.

Richard said she's a dark character in history. Everything I've ever read about her claims she was used by her father & brother as a pawn in their quest for ever more power. They married her off about 3 times before she finally found some peace in her life. Perhaps the powers that be (in the unis Womens Studies) cleaned up her historic profile, after what they may have perceived as centuries of abuse. There's alot of that going on - not only when it comes to women. Annoys the bejeebers out of history buffs;)

Clarification: referring to Lucrezia of course in second paragraph.

Re: "Fruit cake" In the north of England we have lovely "Eccles cakes" (see: http://en.wikipedia.org/wiki/Eccles_cake)and "Chorley cakes" (see: http://en.wikipedia.org/wiki/Chorley_cake)which are yummy but have lots of calories in them. As for the Irish connection I love Soda bread. Not to mention scones with fresh cream and jam!

During filming of Spooks 8, there was a clip of Richard taking a break with a saucer of black dots, which looked like currants. Obviously I'm thinking that he'd had some muffins and picked out the dried fruit! Didn't he say that a fan used to bake him cakes and take them to the studios where Spooks was filmed?

Sue, I wondered about the choice of fruit cake for the royal wedding cake because at one time it was used here during Christmas season. That's no longer true. US version was filled w/dried fruit & spices, perhaps the baker from Leicesters uses a totally different type of recipe.

Yes, Irish soda bread & fresh baked scones are really delish. During our trip to Irl a few yrs back, I'd stuff myself w/them at breakfast.

Yes, I do remember Richard mentioning more than once during interviews that his fans often showed up at shooting locations with cakes in hand for him. He's so weight conscious it seems to me he would be the last person to eat cake. Didn't he once remark that he's very disciplined about eating a healthy diet during the work week, but will allow himself some sinful pleasures on the wkend.

I believe that the confectioners in Leicestershire bake all (or most of) the Royal Wedding cakes (including Princess Diana's)so it seems traditional. Personally I feel that fruit cake is too rich and sweet for my delicate palate (who am I kidding?)I am partial to the odd slice of Dundee cake though, it doesn't have marzipan and icing.

I think I remember Richard saying something like "my body's a temple during the week and a skip at weekends". I hope he treats himself to the odd naughty treat now and again, life can be very boring being good! (Don't I know it!)

Didn't the word 'eccles' cake originally have an association with something ecclesiastic? During my genealogy search for the Notts branch, I'd noticed placenames eccles as well. Or perhaps the confection actually did originate in a district or village of that name.

You might find this bit of trivia interesting. This past Sat we watched the episode of Sharpe's adventures when the Napoleonic War had ended & Col Sharpe returned to his former home, which was located in the Scarsdale area of Yorkshire. Know from my research that the ancient term was Scarsdale Hundred(because the lord of the manor provided the king w/100 men & horses when needed)

Anyway - that's the same area where my ancestors were supposed to have lived at least as early as 1720. Their village was almost directly on the border between the two counties...which made birth/marriage lookups a pain in the a double scribble;) Their small community was constantly reassigned to one county and then back to the other. Ohhhhh,,,getting a headache remembering the challenge to nail down the correct records.

The true coincidence was the story's plot. Mill workers were being mistreated and Sharpe was assigned to protect the mill owner's property. The similitary between North & South and the Sharpe episode was unbelievable. They took us inside one of the old mills...could easily have been one used for filming N&S - the vintage machines were whirring away in the same way as during, what I call, the 'first fluff' scene when Mgt first sees John. It was really an enjoyable episode.

Now you'll be careful to not mention anything with a historic context in the future, in fear it might trigger another flood of historical babble:)

YOU'VE got my Minions!! I needed them this week! When you're done with them, please send them home.

The Eccles (and Chorley) cakes both come from those regions in Lancashire and that's how they got their names.

I've done a bit of walking/climbing at Scarsdale Pike in the Yorkshire Dales. I love being outdoors and the sense of isolation and freedom it gives you I find exhilarating. Maybe Richard likes skiing for the same reasons? (Although I hear the nightlife in France at skiing lodges can be quite lively so maybe not! I don't think I'd like being on a slope with hundreds of holiday makers though. I like a bit of peace and quiet in my old age.

Laura, what are your minions? Are you referring to the cute pic labelled as RA fans watching him in 3D?

Sue, I read the recipe for Eccles cakes - they contain the currants you said Richard apparently removed in one photo. Maybe that was the only part of the sweet he'd planned to eat.

The ski lodge atmosphere with privacy on the slopes and the choice of nightlife, if desired, might be the draw for RA. He once said he's always the first one on the dancefloor. Maybe he indulges that urge after an afternoon of swooshing down a mtn side.

So, you're an ambler - DH and I are as well. We try to take a short hike at least 3Xs per week. Winter weather often makes it a challenge, but happily Spring is just around the corner. Within about 6wks, we'll have high temps to contend with instead of the past few mos of freezing our bums off on a snowy trail;)