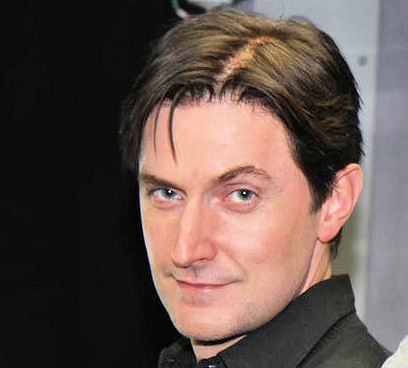 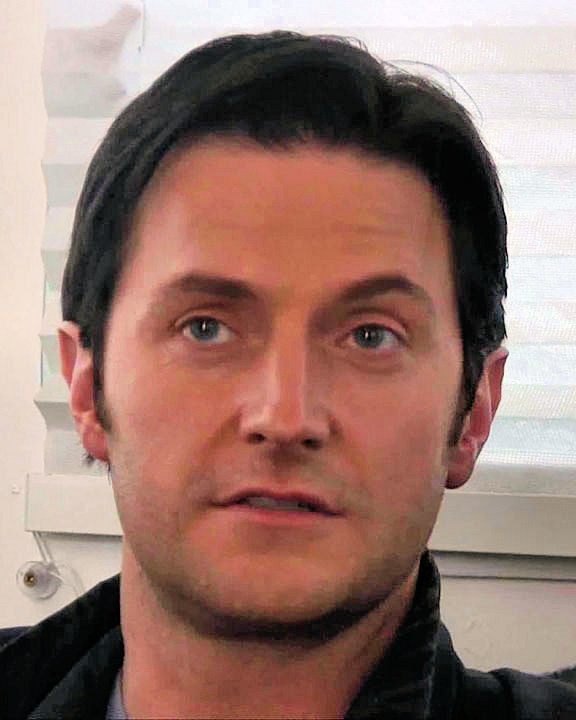 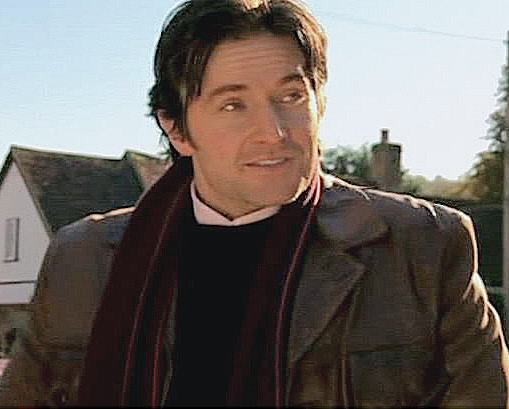 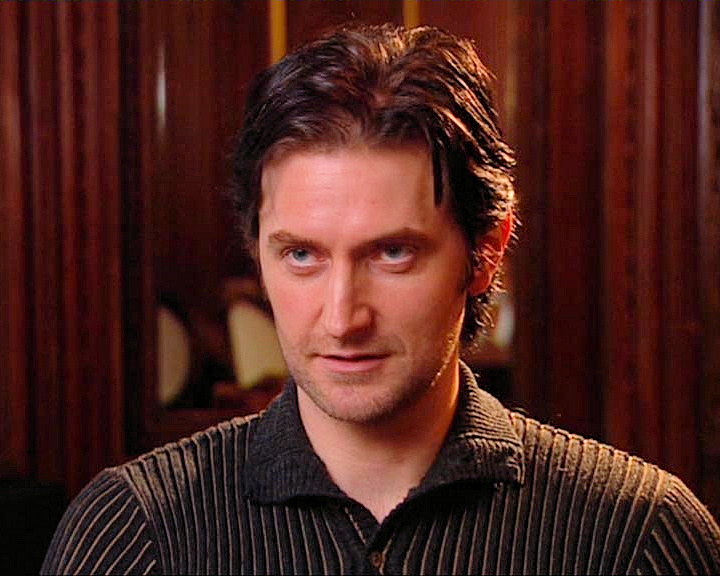 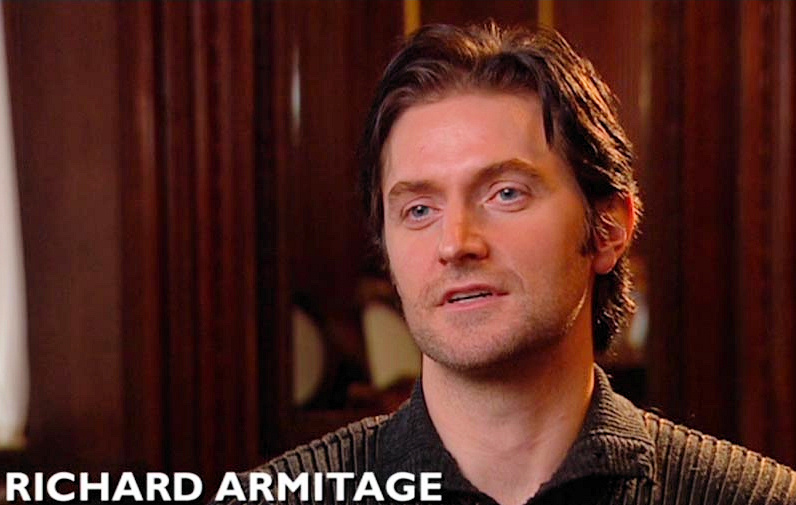 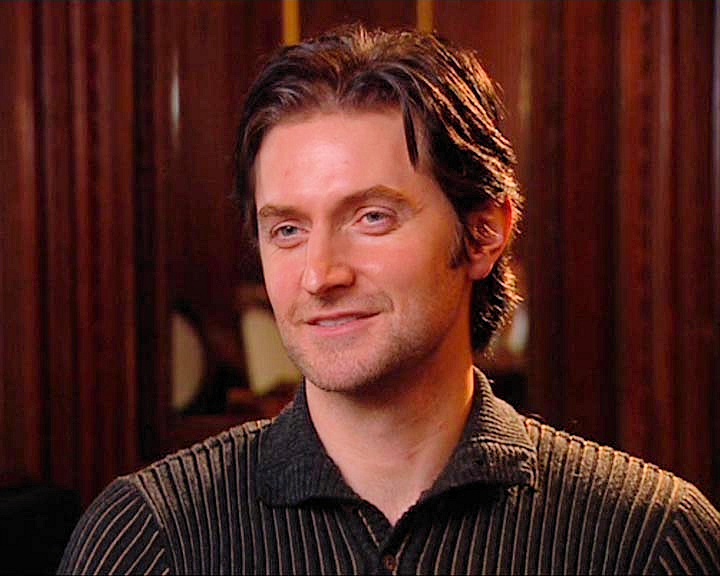 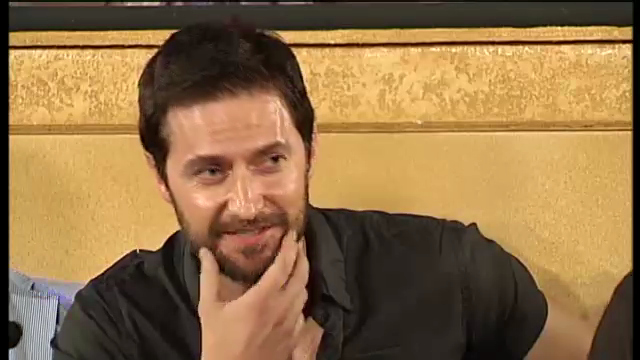 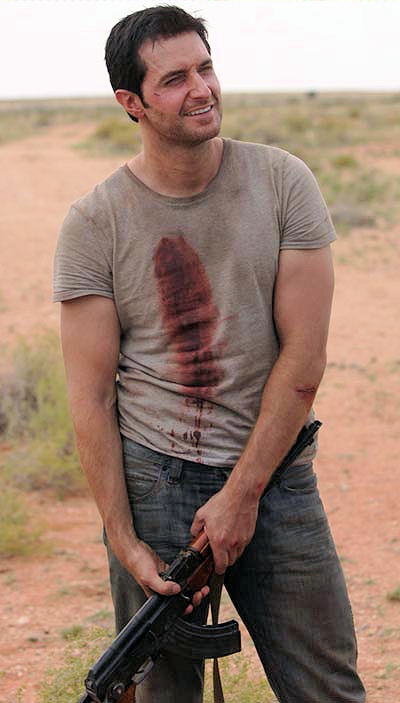 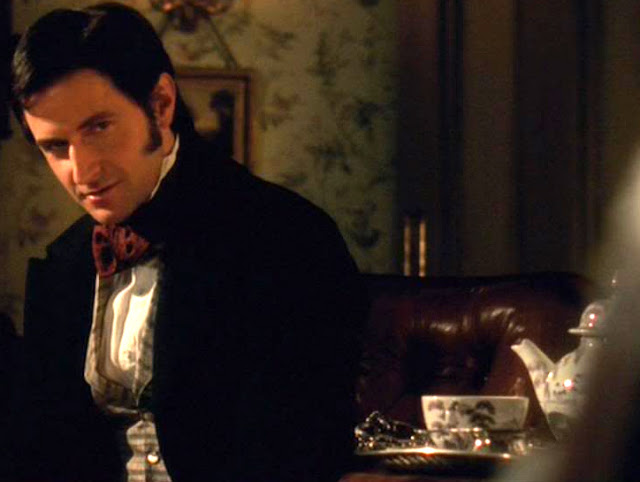 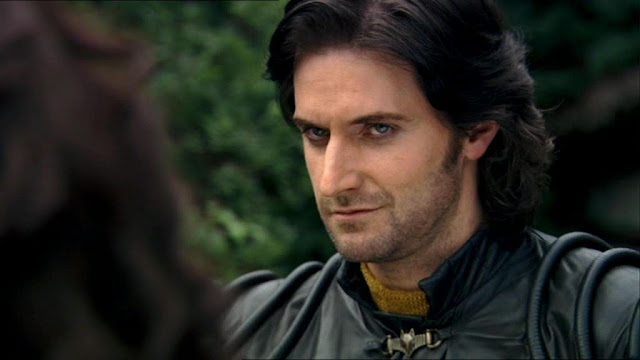 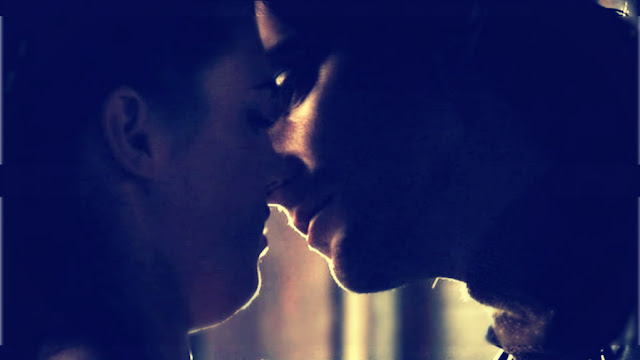 Thank you to richardarmitagenet.com for Kruger screencaps below.
Cap asks Heinz "who are you?" Kruger replies:  "Da first of many" -- Watch closely toward the end.  You'll see RA first in sub then flat on his back being harrassed by Capt America..(usually I'd approve of that:) finally shooting from car.
Bit of trivia--they appear to have used footage of the Stealth bomber - it and the Harrier jet are so super modern looking that even after all these years they're still considered hi-tech enough to include in new movies.  We've seen the Stealth at air shows - it's actually flying away from you by the time you realize the sleek sliver of black has already flown over your head...
Link to MTV video:  http://splashpage.mtv.com/2011/03/24/captain-america-trailer-commentary/ 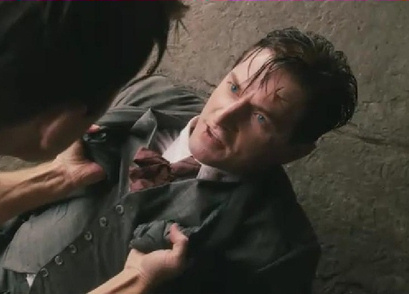 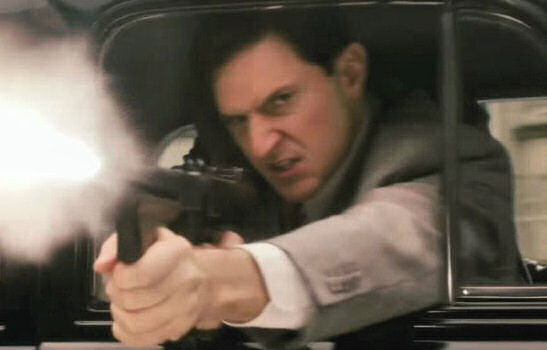 Fire in the eyes reminds me of another baddie with anger issues... 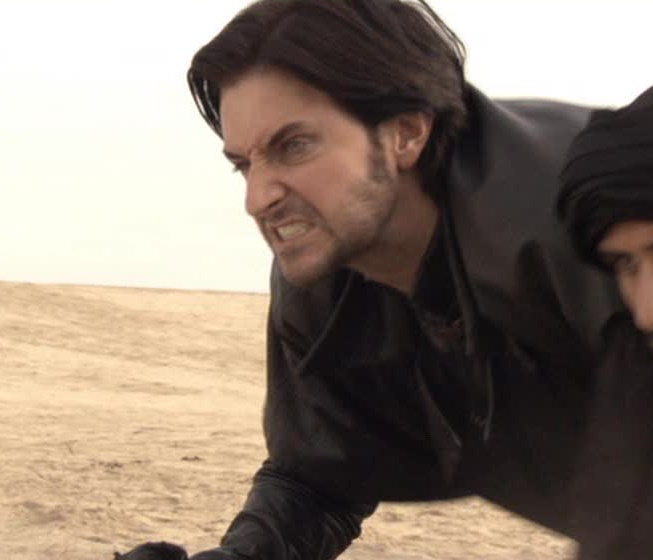 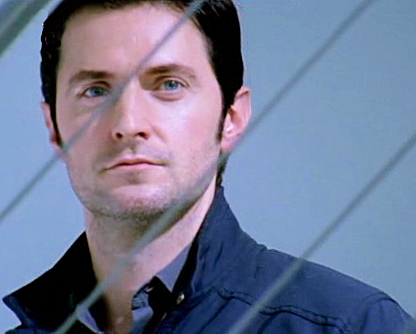 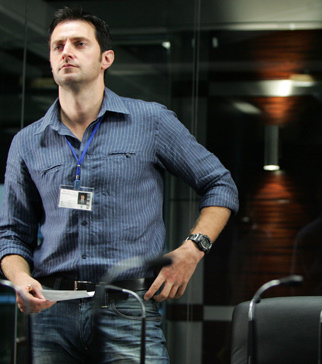 The following recently published on-line article is topical and convenient for an explanation of a recent poll query at this blog.  You were asked which author was not mentioned by Richard when in 2009 he was asked to list writers he read as a child.  The choices are/were Stephen King, Bernard Cornwell & JRR Tolkien.  So far, over 70% of respondents voted King as the one RA did not mention.  Actually, the correct answer is Bernard Cornwell.  Here's RA's answer to the interviewer at Vulpes Libris:
RA: "Tolkien - Lord of the Rings, The Hobbit; Roald Dahl - Danny the Champion of the World, James and the Giant Peach; Steven King - IT; CS Lewis." 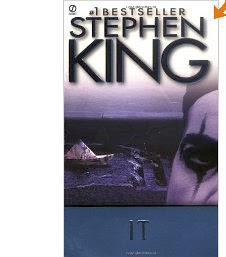 The article that triggered this post:
Dear Hollywood: 5 Remakes of Bad Stephen King Adaptations That Should Get Fast Tracked

Right now, studios are attempting to tackle an adaptation of the Stephen King fantasy series Dark Tower (which will include three movies and a television series) and a big-screen remake of the thousand-plus page epic The Stand. These ridiculous projects got me thinking: instead of attacking windmills, why not remake some of the total clunkers were based on King’s stories?

If we’re going to be inundated with remakes, it’d at least to be nice to see movies that make good on potential where others failed. And I’d certainly prefer these remakes to new versions of all of my favorite ’70s horror movies.

Fortunately, Hollywood and I are on the same page. Sorta! Several of these projects are already somewhere in very early development. So drop the inevitable Rosemary’s Baby remake, Hollywood, and get going on these.

[Note: I purposely left off movies which not even a remake could save. Hence, no Dreamcatcher (which is perfect in its own special way) or Maximum Overdrive (which was already remade anyway).]

**5. It
The original TV miniseries inspired weeks or even months of nightmares in small children thanks to Tim Curry’s terrifying portrayal of Pennywise, the shape-shifting, child-eating clown. Then the ending (spoiler alert) where he just turns out to be a stupid, giant spider out of a 50’s B-movie quickly ensured that all children could sleep soundly again. To actually make a faithful adaptation of the novel, this would probably work better as an HBO miniseries. Which would be great! But even if the studio could deliver something as slick as the first hour and a half of the original that doesn’t peter out at the end, It could become a potential horror classic.
Status: In the same place as Pet Sematary… with the same screenwriter. 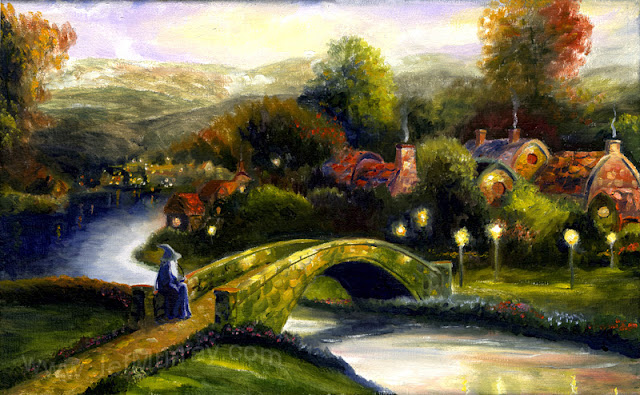 Informative timeline of history of movie THE HOBBIT(just ignore the last smart-aleck sentence:)  Many films have had major delays in the past - it's not unusual)
http://www.movieline.com/2011/03/timeline-the-hobbits-troubled-75-year-journey-from-page-to-screen 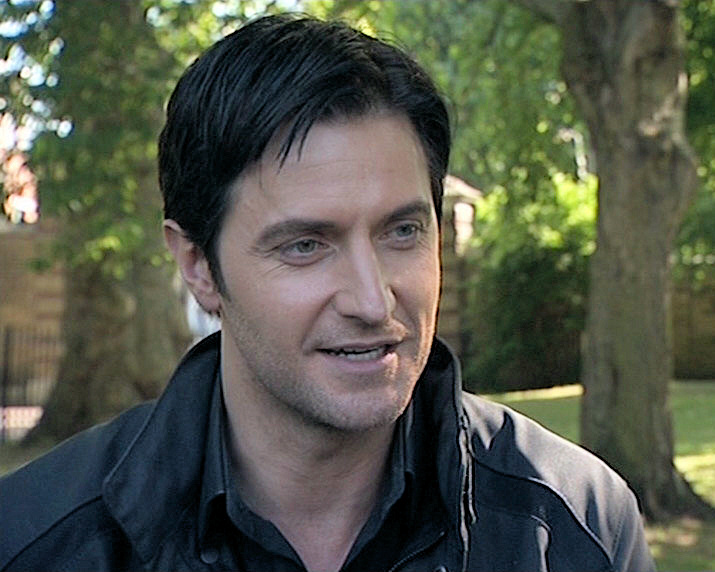 Laura's adieu "going back into my cave" made me wonder whether she'll happen upon Bilbo's friend.  Following was created by Peter Jackson's crew to thank MTV for the award... 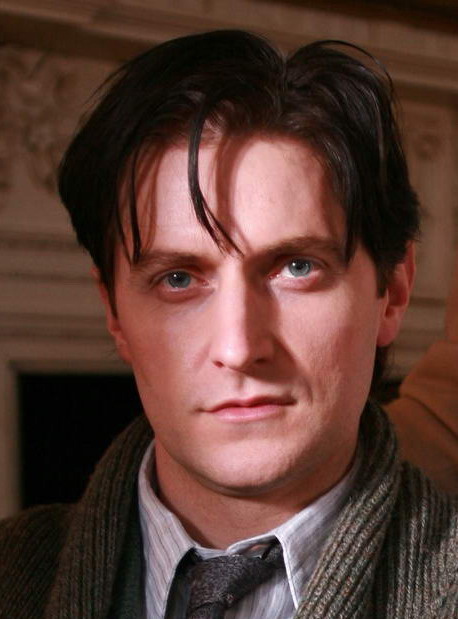 Interesting article by a reporter who says he'll be aggressive in gathering information.  Mentions the only thing in Wellington in 1999, that signalled filming had begun, was a black medieval saddled horse representing a blackrider(see sketch below)...
Dominion Post EXCERPT: "The closest visible evidence we got to knowing this was Middle-earth was a horse decked out in a medieval-style saddle and black armour. Only later were we told they were shooting the scene where the hobbits hide under the roots of a tree from a nasty Nazgul."
http://www.stuff.co.nz/dominion-post/opinion/blogs/wellywood-confidential/4800306/A-long-expected-party 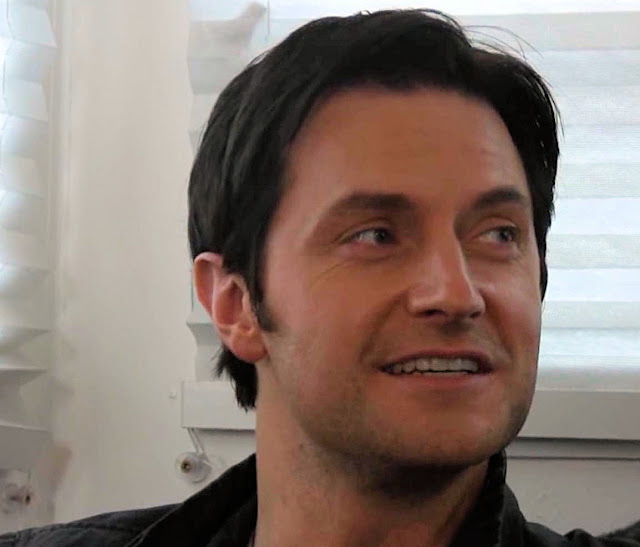 Past couple seasons of Dancing with the Stars there were usually at least a couple duos who looked interesting.  Unfortunately this season's lineup doesn't instill much enthusiasm.  The only one who might be fun to watch for the next few weeks is a formerly very famous actress named Kirsty Alley.  She  starred with John Travolta in those Look Who's Talking comedies.  In recent years Kirsty has battled a weight problem and show biz tabloids have crucified her for it.  However, being a woman with the necessary strong armor to survive in her rather shallow profession, she had the backbone to accept an invitation to participate in DWTS.  Kirsty said immediately prior to this week's first performance that she had already lost two dress sizes in rehearsal.  Good on ya!  You go girl!  Might be fun to watch her progress..keep in mind as well that she's 60yrs old--she and her partner (who's quite nice to watch;) do the cha-cha-cha... 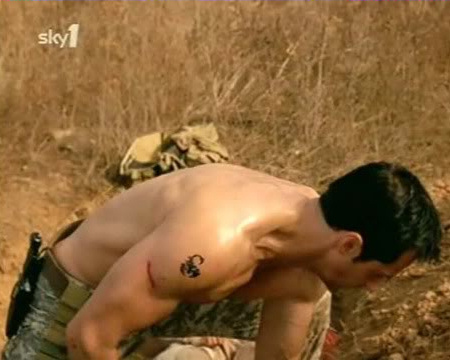 that picture again. *thud* thank you for it.

Which pic Laura? They're all thud-worthy to me;) That's ny criteria when deciding which to post - whenever my senses go *thud..slurp* my fingers click upload. Explains why there are so many RA photos here, doesn't it. Have a great day.

The sepia one with the blue eyes... eye contact!! Talk about a smoldering look - it's got the smolder AND the 'knowing smile.' It's gone now. You switched it with another one. But now there's the shoveling one. Lovely shot of a strong back. And I'm loving the one with blood on his shirt! overall, good set.

Now I know which sepia one you mean - it's not that matched set when Richard raised his arms about back of his head, but mesmerizing nonetheless;)

Were you aware Holliday Grainger will appear as Lucretia in The Borgias? She played Carole's dau in Sparkhouse opposite RA and of course his dungeon companion in RH3. That scene was hilarious. She told him he thought alot of himself "on his high horse" - then in the end, with her last breath asked Guy for a kiss and murmured "I always quite liked you."
boohoo...moving scene from both actors.
Hope you have a great wkend.

I did enjoy Holliday as "Meg" - I was sad that the whole RH story was ending and she couldn't be a part of Guy's life going forward. I think she could have healed a few wounds...

This is the first I've heard of The Borgias... I've been sequestered in a Charitable Cave for the last couple of weeks, working on some projects to benefit my son's school. One more week and we wrap, so hopefully, I'll be able to follow more of the links and goodies you have up here.

Meanwhile, I'll just have to "suffer" with the thud-worthy pics as I drop by during my few-minute breaks.

Oh, and it IS that matched set, with the arms over his head. Just the one, with his face directed a little bit down, but he's looking at you with Those Eyes. *sigh*

Happy you're enjoying the pix Laura.

News networks focused on the hobbit film seem to be getting desperate for a few crumbs of information. They've started to drum up more controversey with the news vacuum, and are saying that the local gov permissions for filming will expire by end of Apr:) HA!

Peter Jackson would be wise to feed the news hounds tiny morsels about the film, rather than have them manufacturing problems for their own purposes.