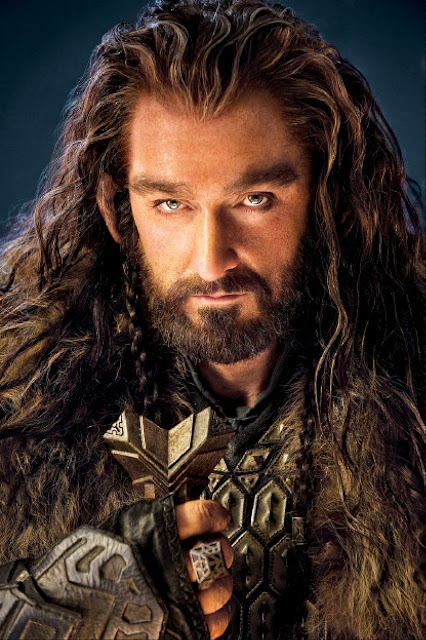 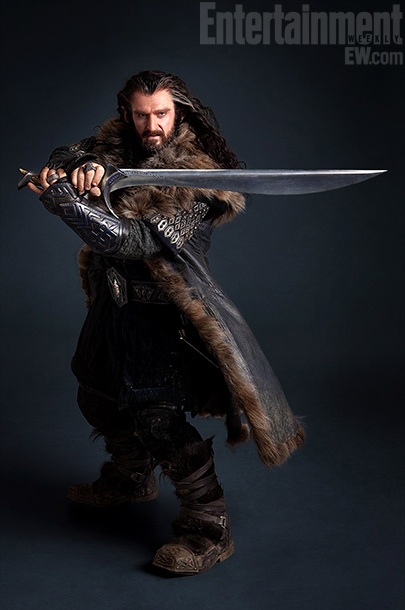 My eye color..what's yours? See poll..

RA's fan PegZ on Twitter designed a lovely invitation for him.. 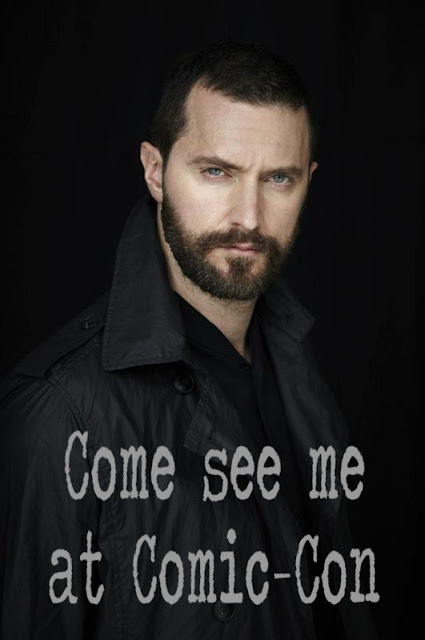 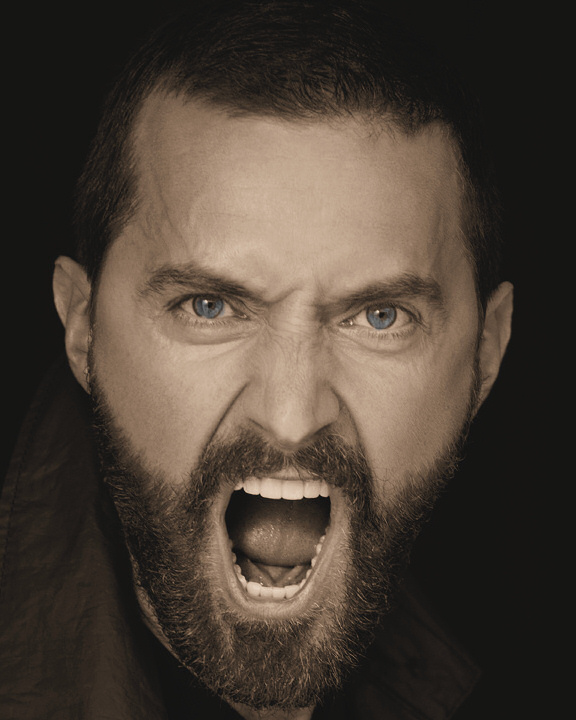 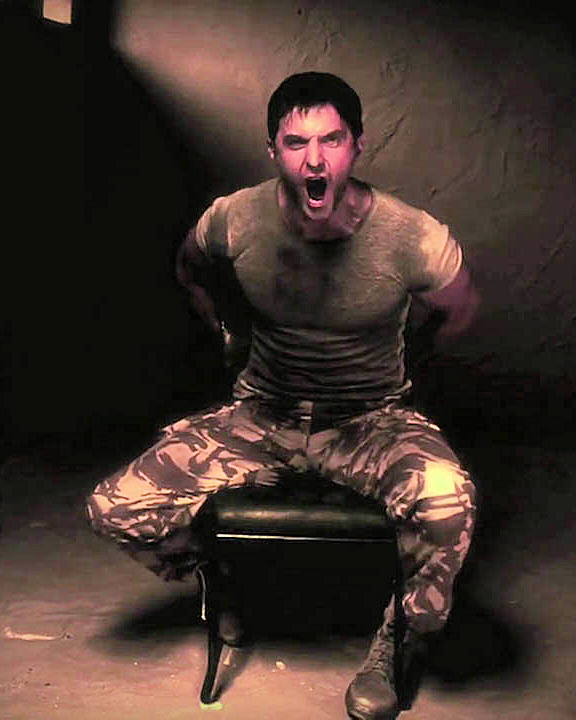 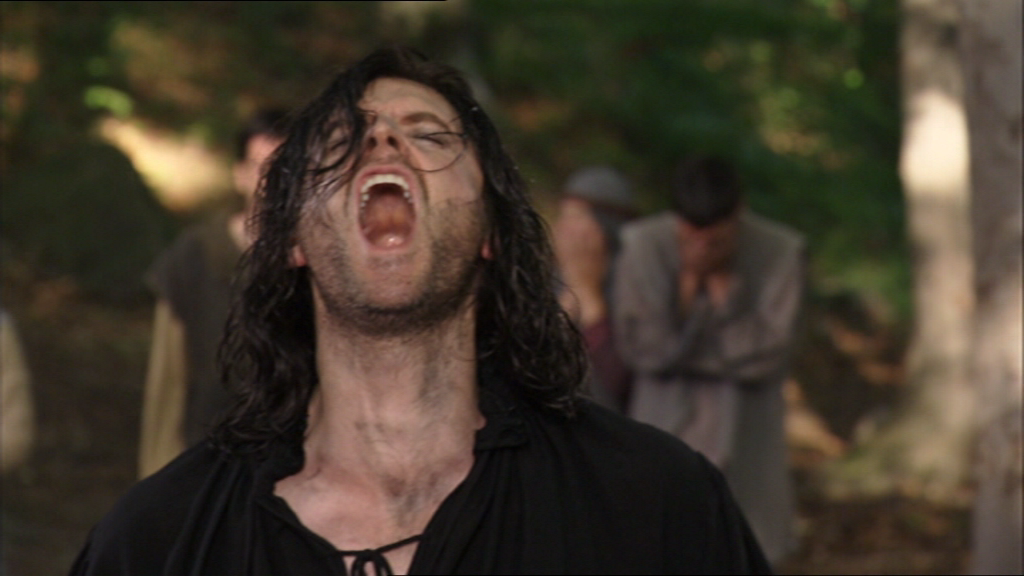 How's this for professional coincidence? 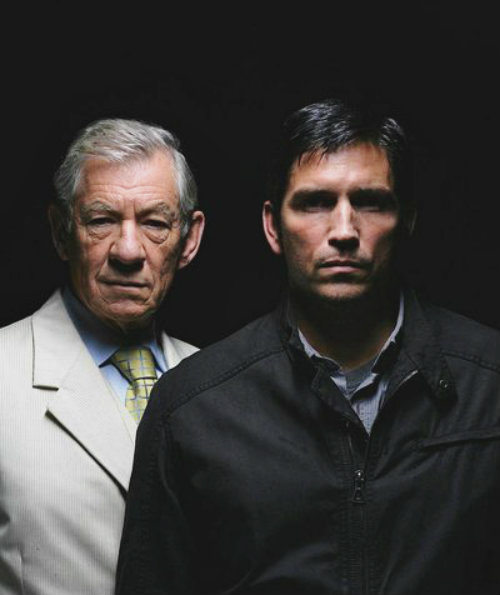 SAN DIEGO – Warner Bros. today announced what has been suspected and rumored: the studio is bringing “The Hobbit,” to the San Diego Comic-Con in a big way. Most surprising is just how big as director Peter Jackson, producer and co-screenwriterPhilippa Boyens, actor and director Andy Serkis along with featured actors Martin Freeman, Ian McKellen and Richard Armitage are all expected at the Saturday, July 14 Comic-Con panel hosted by Warner Bros. The film sharing the three-hour slot with “The Hobbit,” is none other than “Hobbit” co-writer Guillermo del Toro‘s “Pacific Rim.” The director is also expected to be in attendance. TheOneRing.net’s team of 13 staffers (a lucky 13 that works nicely with the source material) will be reportingfrom the scene as much as possible, bringing the emotions, news, photos, video and quotes to the online audience.
The studio has been relatively quiet on the publicity front considering the budget and cultural size of the two films based on J.R.R. Tolkien’s “The Hobbit,” (celebrating its 75th anniversary in print this year) releasing a single trailer, a series of character photos and letting Peter Jackson’s own production diaries on his Facebook page function as pre-film publicity. That seems to be changing in a single moment as WB drops an atomic bomb of Middle-earth star power at the central event of the popular-culture calendar. 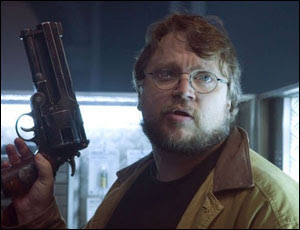 The SDCC comes at a good time for “The Hobbit,” production, which holds a wrap party on July 7 after shooting both films in three distinct blocks. Principal photography will be over for the main actors and crew, seemingly just in time for the participants above to recover for a day or two and then to be whisked away to San Diego — almost as if it was planned from the beginning. Pickup shots are expected to follow soon after the Comic-Con wrap and it seems likely the group will leave the convention and return to Wellington, New Zealand. Jackson certainly has a movie to finish in time for its Nov. 28 world premiere in his home town.
TheOneRing.net will photograph, film, report and tweet about the panel and surrounding press opportunities as they become available. (Follow us on Twitter @TheOneRingNet and on like us on Facebook the same way. Topics #SDCC, #Hobbit and #TORn will be heavily used by our staff and our official accounts).
TheOneRing will be in two locations on the dealer’s floor and still bring coverage from the Con as much as possible. We are interested in film and book news, “Hobbit,” and “Lord of the Rings,” products, costumes (Middle-earth and not), celebrities, news and the quirky fun that is Comic-Con. Find us with Badali Jewelry at booth #530 & #532 and with Weta Workshop#3513B. We will have a variety of t-shirt designs available, purchase of which helps the not-for-profit website to attend events like Comic-Con. This year we are adding some fun button designs (very limited amounts) for $1, with a new design available each day of the convention Thursday – Sunday.
Hall H, the San Diego Convention Center’s largest auditorium, holds 6,500 and has been a tough place to get a seat the last few years. “Twilight,” fans started camping out for the panels for those films (free with convention pass) and now the hall is subject to long lines and plenty of waiting. That is likely to be the case Saturday, July 14 as Warners and other big Hollywood studios trot out their hottest properties to give them buzz, spread from the fervent fans attending the event.
James Cameron brought his “Avatar” film to Hall H a few years ago where 3D glasses were provided and where fans in attendance (including this writer) were mostly “wowed” with the footage. 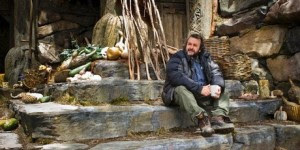 Jackson and Warners may opt to do the same in 2012 for the first “Hobbit” film which is not only in 3D but was shot at 48 frames-per-second, creating a much more realistic cinematic experience that raised some controversy among a select screening audience of journalists. It is not known if Comic-Con’s technology can accommodate 48fps but it could be the first time the public is allowed to see footage from the film in that format.
Part of the international appeal of Comic-Con, July 11-15) is its full coverage in both genre and mainstream press from the likes of the New York Times and USA Today. The first film, “The Hobbit: An Unexpected Journey,” is set for release in theaters Dec. 14.


[R: Hollywood execs crucified Jim Caviezel for his choice of roles.  How dare he have a non-Liberal belief system - did he not realize that only *brown nosing* Liberal *espousing* actors are welcome in LaLaLand?
These same neanderthals try to impose their political beliefs on Americans through their mindless movies.  Currently many are telling US voters who should be president.  No one is supposed to notice that unemployment is today higher than it has been since the Great Depression.  In order to cut to the chase - anyone who looks to the Entertainment Industry for wisdom will find there a great wrong-headed, wasteland of incorrigible, small-minded people.]

I wish they'd start showing a more up-to-date piccy of our Richard, that one's years out of date! Now wonder fans thought he was too young for the role of Thorin.

Looking forward to seeing Richard treading the light fantastic that is the red carpet at CC. Let's just hope he can ditch the beard!

Who was that celeb who didn't have a date for a red carpet event so launched a competition with the winner accompanying them to the launch? Perhaps Richard could consider the same approach? (Mind you knowing RA's luck he'd probably end up taking another bloke! (Or even his agent!)Come on Richard spread a little joy! Life's too short! Enjoy!

Lol..your comments always bring a smile to my lips, Sue:)

I didn't realize there were more than a few complaints from fans about RA playing Thorin. PJ said he wasn't even aware of Richard's other roles when he chose him on the merits of his audition. Believe Richard's remark about that fact indicated he was happy to be judged solely on his talent, and not his chiseled chin. Seems Eliz Taylor had a similar scourge - her peers didn't consider her worthy of acting awards for many yrs due to their belief her beauty cancelled out talent. We know how that feels, don't we. *wide grin*

IMO the beard will be present for the panel. McKellen said in an interview that the main actors are scheduled to return to NZ in 2013 for Movie #2 work.

As for a possible date at CC, you're either psychic or know something I don't:) Wouldn't be at all surprised if it's the latter. Those asking question had better pointedly ask RA about his role, or we might see through the entire session and not hear from him:)

Doubt that would happen--they probably systematically move from person to person along the table. What's your opinion - will he revert to JT,GoG,LN coal-black hair or throw caution to the winds and appear au naturel? *only his hairdresser knows for sure* haha

Ashame it's just too much to ask for Blogger to install an edit feature for comments.

Next to last paragraph should read "questions" and "we might sit."

I found the article about Robin Hood's grave and the sale of Kirklees Estate fascinating, particularly the fact that the Estate was the seat of the Armytage Family since 1565! When I read that it almost made me feel that Sir Guy of Gisborne had finally got his estate back after loosing it to Robin's family all those years ago! I know - a little bit of a fantasy but there you go! :)

IMO, knowing RA often said he spends time online doing research, I'd wager he was aware of the Armytage family of West Yorks. Didn't he say his father's family originated in that area?

While reading the article, suddenly felt skeptical about the "killed by nun" part of the legend. Perhaps that part of the folklore was deliberately added centuries ago during religious turmoil. Medieval peeps didn't have the ability that we have today to verify or disprove stories. Once a political operative devised propaganda to help defeat their opponent, word of mouth probably sealed it as part of a legend.

Fascinating about the Armytage Family and Robin Hood! Fate?

Isn't that new tablet EW Thorin photo amazing. I tell you, they've figured us out haven't they?

Hope everyone is having a happy 4th of July in the US, and a good Wednesday around the world.

Yes that new picture of Thorin is certainly swoon-worthy!! Like you say Musa/Fabo they finally realize what we've been looking for all this time - a really HOT manly dwarf. ;) Not the pretty boys - no offense to Kili and Fili of course!

Hope all my friends across the Border are enjoying a great Fourth of July! Happy Wednesday to all, wherever you are. :)

What questions might RA be asked at Comic Con?

I'm hoping one will be whether he can reveal his next project.

It's a hot 4th of July on east coast, but that's to be expected. Thanks for the thoughtful holiday wishes.