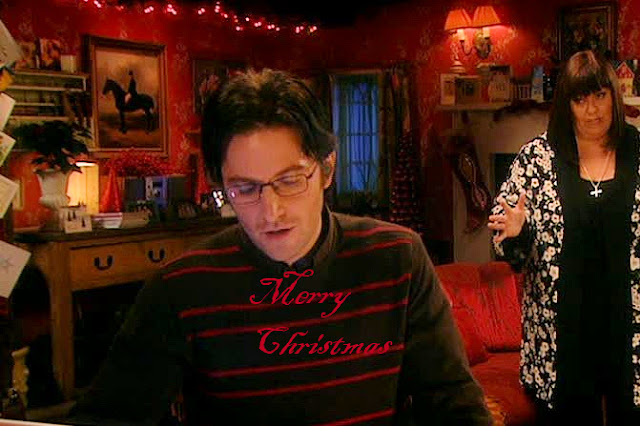 What I want to know is if BBC-A will air the RA Vicar of Dibley eps this Christmas as they did last?...hope so, but believe their Dr Who special will take precedence this time:(
Following has been on BBC America website over a week - for whatever reason tonight it has many tweet mentions..
http://www.bbcamerica.com/content/23/anglophenia.jsp?bc_id=1957 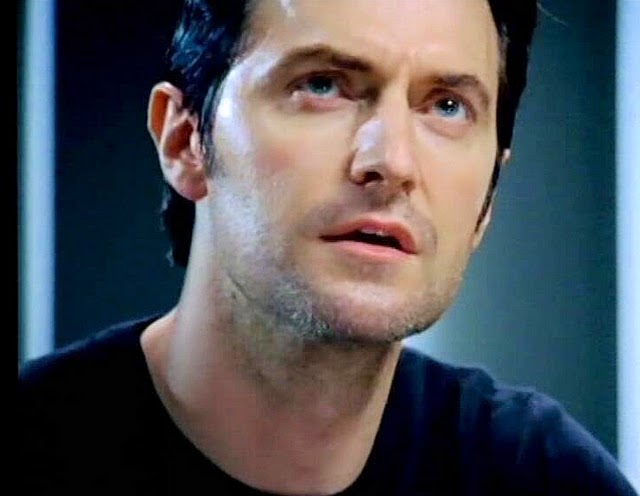 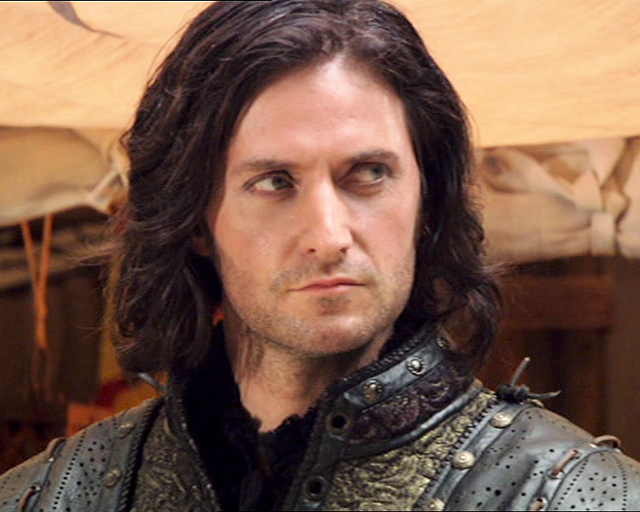 Now for some comic relief:  The US Richard Armitage is a former long-time diplomat in the Dept of State.  While schmoozing over cocktails he mentioned a CIA agent's name to a well-known reporter.  Despite the fact most of the cocktail circuit in WashDC already knew the particular woman was an agent (primarily because she told them so), her supporters acted as though the most sensitive intelligence ever imagined had been revealed.  It was all political gamesmanship - that's how her faction chooses to conduct themselves - many of them lost their seats in congress in the recent election.  Now that you have the background, you will get the points made in this topical and amusing animation.   It explains how the ego-maniac wikiWeasel is playing with innocent lives...
LOL..hahaha...still laughing at this one...it's absolutely hilarious...carbon credits.. 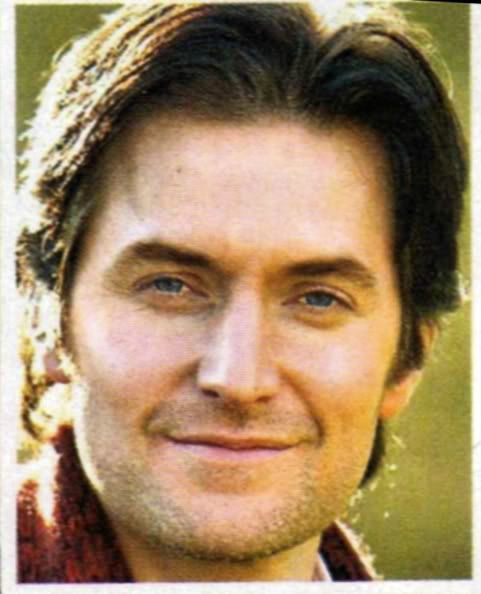 Thx to Detective Fabo for finding another gem.  In an interview published today,  American writer Anne Rice mentions Richard Armitage as a fine British actor.  Slowly but surely...RA fever is taking hold.  Apparently Anne has watched Spooks on BBC, she refers to it as MI5.  She and I must share similar tastes in men because she also swooned over Matt Bomer(another 'junior' crush of mine you might remember)  Our tastes sharply divided when she had positive words for Robt Downey Jr...yccck! IMO, he's barely more than a walking ego--not much deeper than that.  Being a former drug addict does not automatically make one a profound person or great actor.  Hollywood appears to be convinced one must have  literally rolled in the gutter in order to be deep enough to act. *cough*
Anne's religious discussion is also a clue that we've shared a similar spiritual round-trip journey through different phases of contemplating the meaning of life. BUT a drastic difference becomes apparent when she discusses vampires - my quest never took me down paths toward those kinds of creepy (IMO) fantasies.  If anything, the only way it's possible for me to believe in a Creator who loves all humans, is by paring that faith down to a few very simple concepts. Simply believing in a supreme being (not 'string bean' as often uttered by 5yr olds:) who wants us to do good and leave the earth a better place is enough for me - don't need to expound on it any further by focusing on what are IMO truly weird  conceptions.  Cannot swallow the theory that belief in a God, or a collective greater good conviction, opens doors to the possibility of eerie creatures as well.  For instance, a devil -- no way.  Curtailed all acceptance of that fable many yrs ago.  Now, the possibility of suffering in some way for evil deeds is far easier to believe for one who finds justice an important part of the human experience.
Guardian angel? hmmm..(after hubby's recent near death by inches--difficult to stay stubbornly skeptical about it:)...and with Christmas season upon us.."Angels we have heard on high, sweetly singing o'er the plains"..have to have a few singing angels during this 'holy' season.(*A Wholly Happy Ending*:)
EXCERPT from Anne's interview:  >You had strong feelings about who should play Lestat in the 1994 film. Do you now?
No. I want to see what they come up with. We have so many new actors today that we did not have then. There are so many brilliant actors coming out of Australia and Britain — Richard Armitage and Matthew McFadyen and Simon Woods — they’re just everywhere, really brilliant wonderful guys who articulate beautifully, who are physically beautiful themselves. There’s a time in America when that wasn’t so. There were not that many who could play roles like Louis and Lestat and Armand. Because our great actors were dominated by people like Al Pacino, Dustin Hoffman, Robert De Niro, and Harvey Keitel. And they were wonderful, but they were so associated with New York street life and vernacular that it was hard to imagine them making a transition to this kind of material. But that’s no longer the case thanks to BBC. All you have to do is turn on BBC to see these guys walking through Little Dorritt and The Way We Live Now and MI5 and all kinds of shows. So there’s so much talent. Like Louis, right now, he could be portrayed easily by Richard Armitage or Matt Bomer, the American actor. Matt Bomer is a beautiful, beautiful guy. He could play Louis.<

http://nymag.com/daily/entertainment/2010/12/anne_rice_interview_of_love_an.html
Reminder of my handstands over Matt Bomer: http://allthingsrarmitage.blogspot.com/search?q=matt+bomer
Guy looks as though he's puckering up to give Anne Rice an appreciative kiss for her lovely words:) 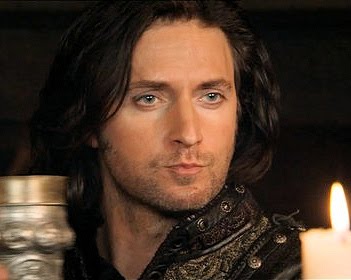 Circles within circles: following is Anne Rice's fav Wm Blake poem...wonder if a certain tattoo attracted her to Spooks..not to mention said tatt applied to that particular chest:)
Auguries of Innocence by William Blake (find at her website)
http://www.annerice.com/bookshelf-interview.html 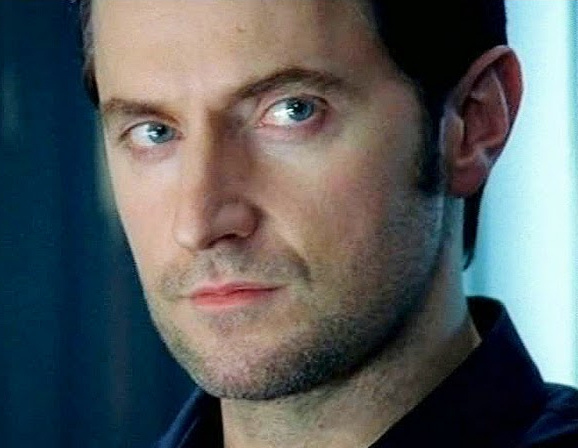 Anyone who has visited this site a few times knows that space is rarely occupied by a male other than the one constantly mentioned.  Have discovered another entertainer who deserves some attention - it's Josh Groban.  So far, I know little about him.  If he'd constantly drank and drugged to excess, I'd have learned long ago more than anyone needed to know about him through our entertainment reporters:)  Josh's song 'Confession' was my first introduction to his fantastic singing voice.  This one is also lovely... 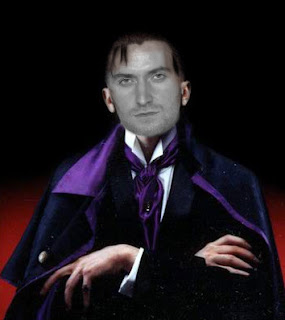 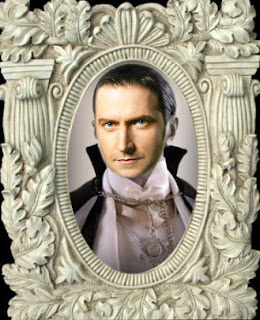 Whew! that word, in a teeny nutshell, is my reaction after reading more about Anne Rice and her writings.  It's one thing to question and discard inherited religious beliefs and then eventually selectively rediscover their sustaining truth; but it's quite another to become overly pedantic and apparently downright confused while simultaneously remaining obsessed with the process.  She had doubts - wrote incessantly about them - admits that she doesn't believe in vampires but viewed her scribbles about them as representing her atheistic self prior to again believing.  Her spiritual journey is enough to make anyone's head spin.  Leads me to wonder if possibly the fact she gained a fairly large readership for her books was really the primary motive for continuing to pursue that type of writing.   Once your published product is accepted by a large enough audience to make it profitable, it must be almost impossible to sharply change course with another topic.

How many times can one person credibly find herself doubtful, reawakened to conviction and then again damning faith?  I know for certain her "talking to angels" remarks turned me off completely to any plans to actually read such convoluted tripe.  Sorry...can't enjoy reading someone's work if they impress me as personally a pretentious flake---not eloquent but a truthful impression of the woman.  Although, I will admit it would be fun to have the opportunity to have one conversation with her -- at least she learned to dig deep...a pity she never learned at some point to drop the shovel and move on.
****
Of course, if RA decides to play one, I'll set out the front door mat below.. everything is relative:) 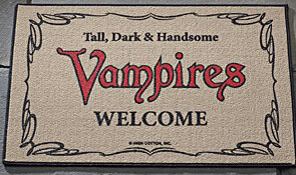 OMG..can't believe how bad this movie  must be -- thought I'd already seen the worst ever made but this film has to take that prize.  Isn't it downright laughable?.. as are its blood-sucking booby twins---'cruise to the pitts' would be an appropriate trailer warning.  Does it reflect the quality of Rice's writing or simply Hollywood doing another hatchet job on a novel. How can you possibly go wrong with fading stars, fangs and slapstick vampires? *chuckle*:)

RA & MM would be about the only reason(s) I would start to get into vampire stuff...RA & MM on the big screen in the same movie....*thud*

Apologies to Tom Cruise fans, but I never thought he was right for Lestat, and Robert Downey Jr., good actor, but not vampire material. But Richard...oh yes, yes! Agree with Anne Rice.

Is so great he's been mentioned, seems like Anne Rice is a Spooks fan :P

Due to my long-time aversion to any books based on vampires/zombies, etc. I'm not familiar w/Anne Rice's 10 book series 'The Vampire Chronicles.'

Have learned at first glance that her main character Lestat was based on her husband. Didn't she mention Richard could easily play him... Believe she also said he'd make a fine Louis as well. Do you agree w/her assessment?

Would it be fare to say erotica plays a prominent role in her Vampire Chronicles? Also, why was she asked re her casting dreams for her characters? Are their plans in the works for another movie?

Had to ask myself if it's purely coincidence upon discovering at Ms Rice's website that Wm Blake is one of her fav poets. Circles within circles...will post the link asap.

Yes, OML, Anne did mention watching RA in Spooks. When it plays in the the show is entitled 'MI5'.

RA looks great as a vampire!

I think the Matthew Macfadyen that Anne Rice is talking about played Tom Quinn in Spooks.(I don't think he and RA have been in anything together?). You know, I don't think I've seen the actor that played Andrew in Sparkhouse in anything else that's been shown here in the US. I admit I've never read the books, but I've seen the movie with Tom Cruise and Brad Pitt.

Matthew Macfadyen was not in Sparkhouse. And while RA has worked with Matthew's wife (and former spook) Keeley Hawes twice (VoD & Macbeth) Matthew and Richard have not worked together - but a girl can dream ;)

Isn't it great to see Richard mentioned in a wider scope. Imagine how frequent that will become once filming on the hobbit begins.

My dream envisions RA and Matt Bomer co-starring together -- be still my heart..edges of the screen might be scorched from all the hotness:)

RicRAr, loved the Vampire welcome mat for RA - and very interested in your comments about Interview with the Vampire.

It's been ages since I've seen the film, but I think it was quite successful at the time. It didn't inspire me to read any of Anne Rice's work, but I thought Tom Cruise was better than I expected as Lestat, however,I always find Brad Pitt rather dull (sorry Brad Pitt fans)and thought the same of his Louis. Wonder how RA feels about being mentioned :)

I hope for much better films and roles in RA's future - and our future.

As always, Musa, fascinating comments. Your discovery of Rice's mention of Richard led to quite a trip, didn't it? We're so grateful for your efforts to find that type of interesting RA information:)

Perhaps RA would find a vampire role interesting if it's the only means to draw an audience that over time has been turned off by traditional religious discussion, yet currently is receptive to more profound dialogue within the ghoulish blood-sucking setting
....BoooHaaHaa!:)
Hope you're having a relaxing Sat morning. Please don't say you're working*wide grin*...starting to remind me of a workaholic w/the initials RA;)

Have you seen where Anne Rice says RA would be perfect as Jesus Christ, if one of her novels becomes a movie.

Musa & I are convinced she's succumbed to Armitage Fever. She's definitely showing the symptoms...seems to mumble his name at every chance possible:)