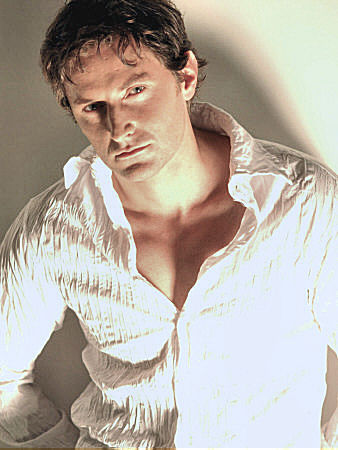 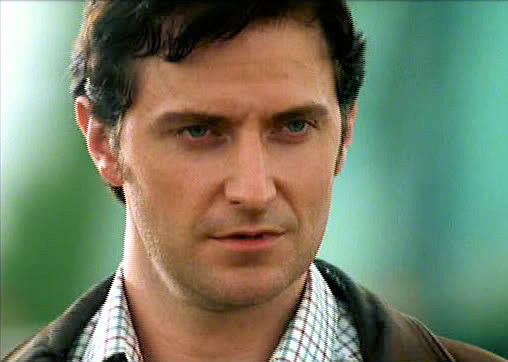 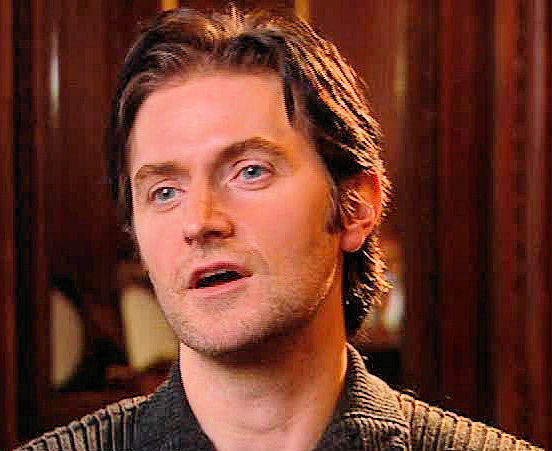 Anne Rice is always being asked, seemingly more and more, about who she would cast in the ‘Vampire Chronicles’ NOW.  She posted her ideas an hour ago.
“Who is my dream Lestat for a future movie? Without doubt, Richard Armitage.”<

Someone then posted this pic and Ms Rice added the following comment: 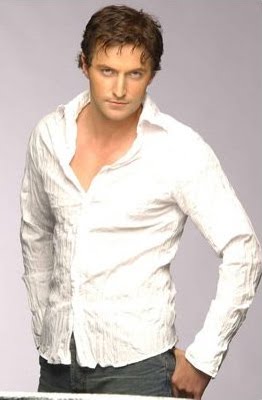 “Don’t I have a great eye, indeed! And you scored a great picture
of Richard Armitage. Bravo on that.”<

[R: interesting remark on her part - do believe, however, that there are quite a few others who discovered her Lestat long before she did :) meowwwwwww;] 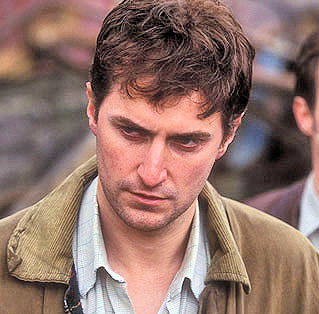 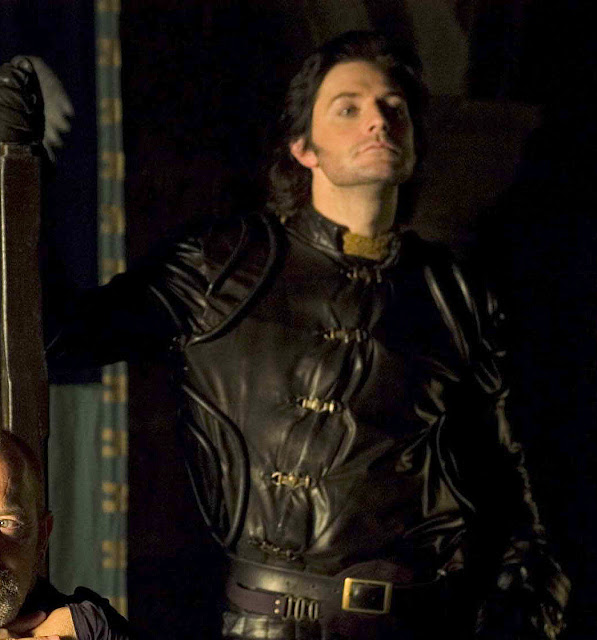 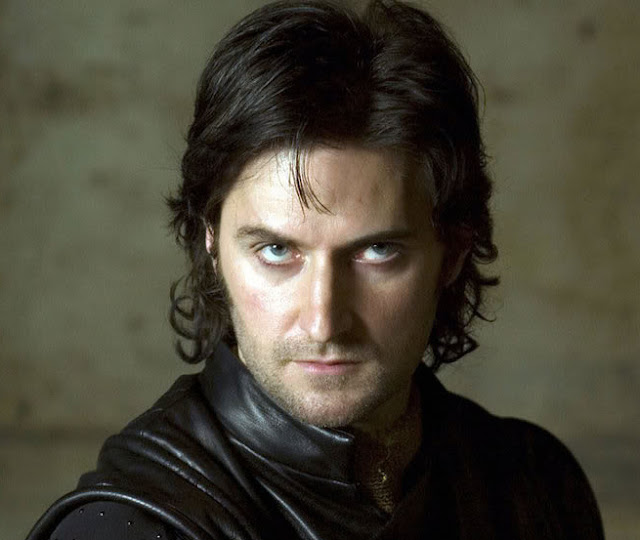 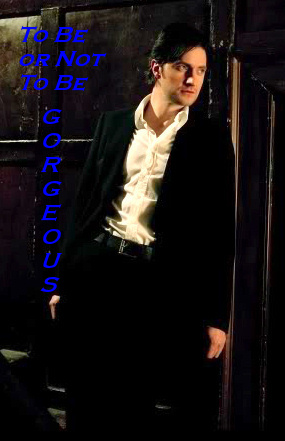 Today on FB Anne Rice was asked who she'd choose to play her vampire Lestat and she again replied Richard Armitage.  Woman is displaying all the classic symptoms, isn't she;) 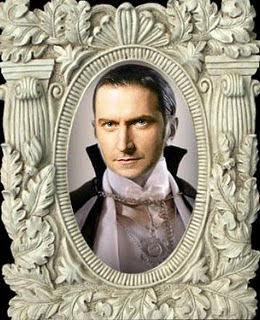 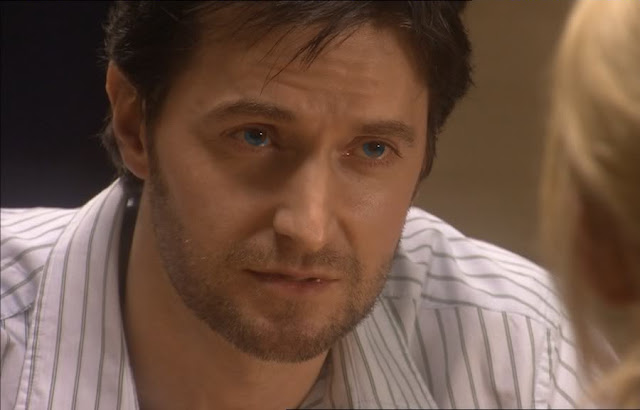 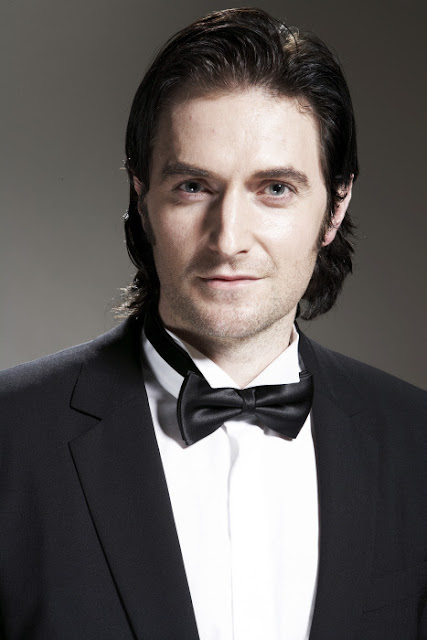 One above is yummy..hair slightly longer than ideal - minutiae, I know, have always over-critiqued myself & home as well [must be visually addicted, if that's possible] -  intensely focusing on visual impact must start at some point in an actor's career to become an annoyingly necessary excercise.  More minutiae..didn't he look  underweight in one below, which is from 1995 (a year after N&S) 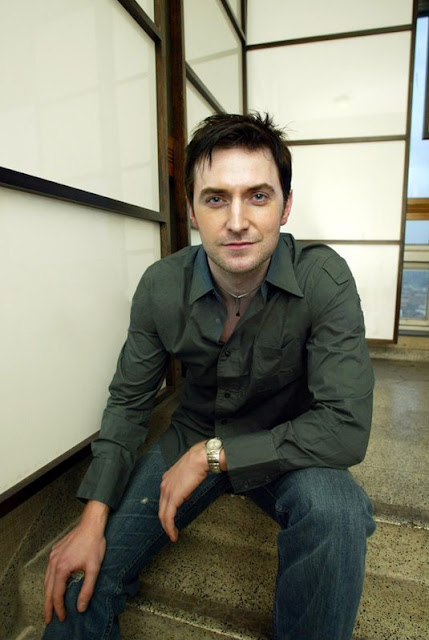 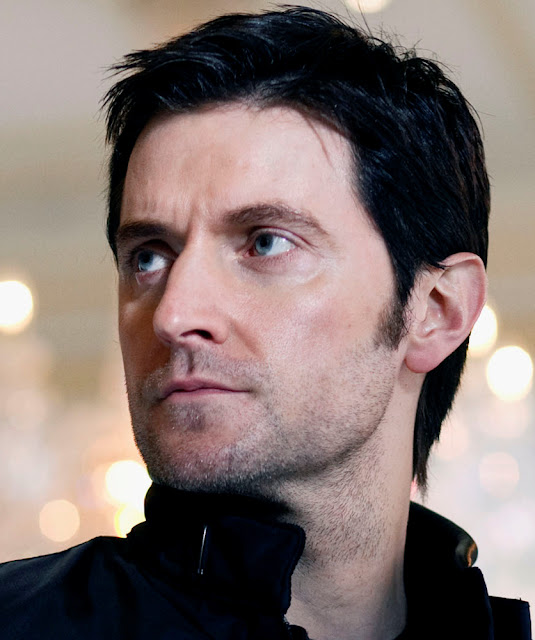 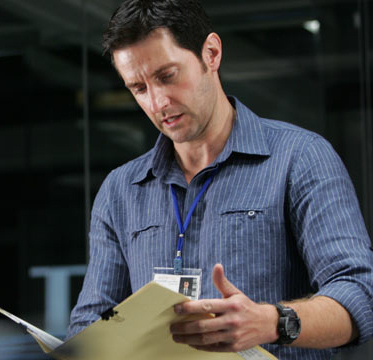 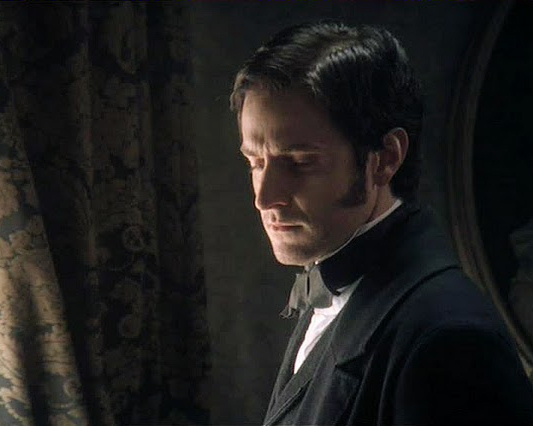 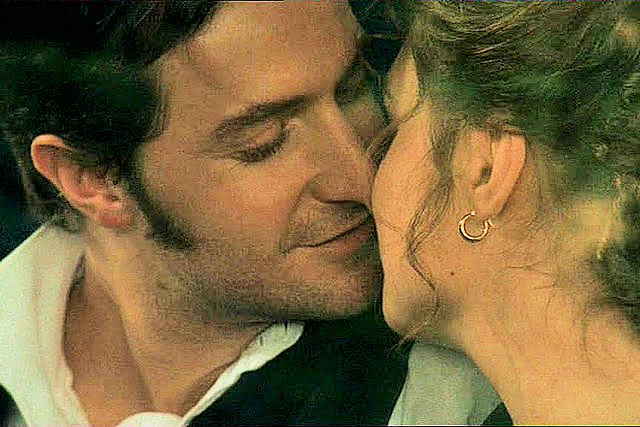 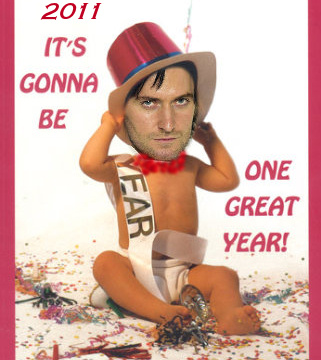 Phew! We're all wassailed out...guests on their way home on a snowy, blustery night.  Won't rest easy until we know everyone is home safe and sound.
Tomorrow will be time to plan for the New Year.  It will be an especially interesting one for us because our fav football team is in one of the bowl games.
Hope everyone had a merry christmas, happy holiday or joyous festivus:)  Search comedian 'Jerry Seinfeld' to discover an explanation for the last.
****
Never know what interesting item you'll find on twitter.  Noticed 3 tweets from someone in AU.   First one said "I'm about to watch the BBC series North and South"...2nd tweet: "Richard Armitage is a babe"...3rd tweet:  I'm in love with Richard Armitage...feel like a schoolgirl"  (another female down:)
Tweeter has a blog where she posted a friend's wedding photos(which she had taken).  Turns out the friend sewed not only her own bridal dress but also all her attendants.  Sewed mine -- it isn't strapless, like the following - mainly because if it had been, the only thought running through my head on my wedding day would've been "is this top still where it should be":)  Isn't it amazing how lovely a wedding party can look(although budget friendly) if one or more participants take a few sewing lessons...
http://www.lindatruong.com.au/blog/
Posted by Ricrar at 12:13 AM

Didn't know any other way to contact y'all but had to tell you in case it was missed.

OMG, OMG, OMG! Annie Rice said today on Facebook that RA is her dream Lestat! That is HUGE!!

I've a screen shoot if you want to use for a post. Contact me via email: regdeleon at aim dot com

Sincere thanks Reg. I've just noticed the Anne Rice quote on twitter. She mentioned RA's name as well when asked about Lestat in a couple recent interviews.

Will retrieve the RA vampire pics from a couple wks ago. He'd certainly make a more rivetting blood-sucking creature of the night than Cruise or Pitt, which was a cruise to the pitts...have no shame, I know;)

After filming The Hobbit, I hope he'll find at least one role that's not fantasy. Don't understand the current rage for that type of movie.

Would like to see Richard play in either an historic epic or romantic comedy. Believe he's expressed a wish for the latter asap. Said he wants to do a role all about love. *sigh* We won't argue with that goal, will we.

LOL- I love that you say "he's conquering the world one woman at a time" RicRAr. I think RA is getting close to world domination :)

LOL, I wouldn't mind world domination by him.

I wonder what RA thinks of so many mentions from Anne Rice...

About your poll RicRAr, I'd like for his project of RichardIII to be done.

It has seemed for quite awhile now as tho' RA is conquering the world - one woman at a time. Apparently this past year the numbers finally hit critical mass.

Yesterday an American tweet mentioned "the other Richard Armitage," which means his name has reached a new level of consciousness here as well. It's very exciting to observe it happen before our eyes, isn't it.

After Anne Rice's first mention of his name, I'd read more about her writings and communication habits with the public. She's a very clever marketer of her books. Therefore, after noticing Richard's acting expertise in SPOOKS, she most likely rummaged around on-line(as so many of us have in early stages;) and discovered his huge following of devotees.

OML, you're correct about RichardIII - out of sight, out of mind;) That particular project seems to have been pushed to back burner as TH and The Rover captured everyone's imaginations.

Starting to add more pix in latest post, OML - RA years(not just one) in review for the new year. Hope 2011 is good to you and yours:)