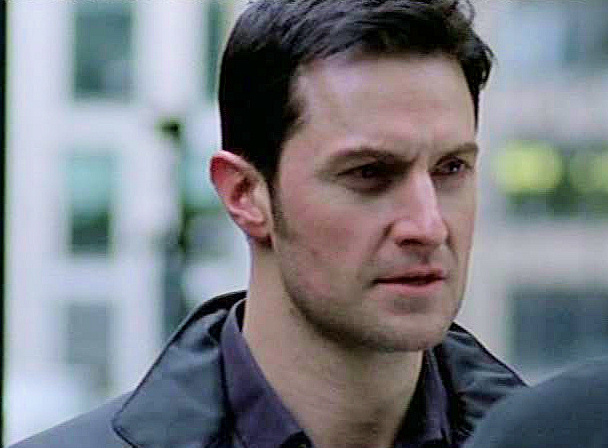 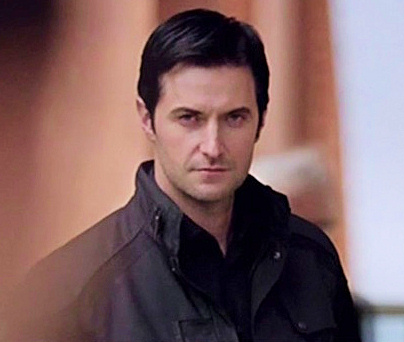 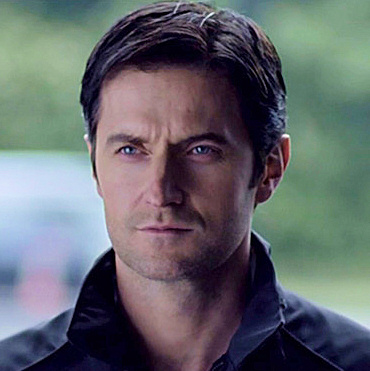 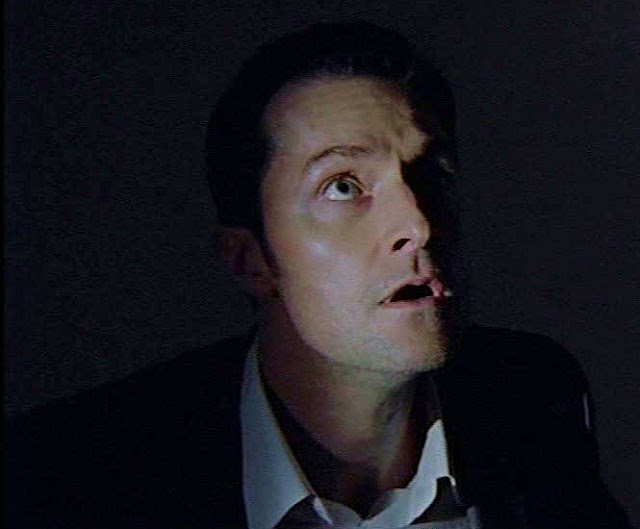 The she who's back is the TV chef RA has said he would like to kiss after she's eaten chocolate cake.  An announcement of her return to UK tv was posted on twitter today, along with the following description..
>Nigella's Kitchen Thursday 30 September
8:00pm - 8:30pm  - BBC2 - You Know It Makes Sense - 1/13, series 1
Only the lusciously lovely Nigella Lawson could get away with describing a cheesecake filling as possessing "just a hint of inner-thigh wibble". That Nigella, she's such a tease. She makes said cheesecake in her black silk dressing gown, then later shimmers into her gorgeous, fairy-light-garlanded kitchen from a drinks party with her fabulous friends, kicks off her leopard-print heels, cooks for a bit, still wearing a chic black raincoat, before confiding: "You know what, I need to disrobe." Yes, I bet an awful lot of male viewers will be wibbling at this point. She's such fun and so flirty, it's easy to forget that she's a pretty good cook, too. Once you get past the whole London lifestyle, Georgy Girl bits of the programme - there's Nigella at Sloane Square Tube station! There she is on Westminster Bridge! - you'll want to dash to the supermarket to buy the ingredients for her pasta and salami dish. And her "praise chicken" is a dream.Radio Times reviewer - Alison Graham<

Would Richard be all over that(see chocolate nibbles) IF asked to guest on her show?...The question is begging to be asked in a poll...Here's chef Lawson bearing chocolate...RA looks rather non-committal, doesn't he?... 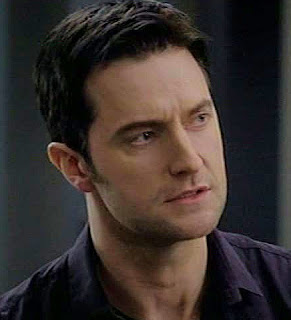 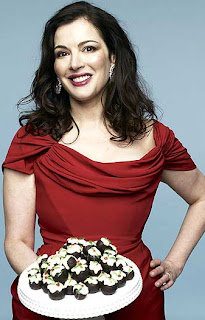 Laura provided a link in the comment box to Jamie Oliver's Salmon & Couscous recipe.  Could not find it at his website, but one of Jamie's recipes found at the Food Network seems to be very similar...
Salmon and Couscous
This is a quick but impressive dish by Jamie Oliver.
8 ounces couscous (230g)
2 (7 ounce) salmon fillets, skin on, scaled and pinboned (each ca 7oz/200g)
olive oil
sea salt
fresh ground black pepper
16 asparagus spears
1 -2 red chile, deseeded and finely chopped
4 ripe tomatoes, roughly chopped
1 lemon,
juice of 2 small courgettes, sliced into batons (if puzzled..see below)
1/4 cup fresh coriander, roughly chopped
2 tablespoons sour cream
Directions:Prep Time: 15 mins
Total Time: 20 mins
1 Put your couscous in a bowl, then pour over just enough water to cover it. 2 Set aside for 3 minutes to allow the couscous to soak up the water. 3 Slice the salmon widthways into finger-size or twofinger-size strips (I've made 3 out of each fillet), drizzle with olive oil, and season with salt and pepper. 4 Heat a non-stick frying pan and add the courgettes, asparagus tips and chilli. The vegetables will need 2-5 minutes, depending on their size and on your taste. 5 Heat another non-stick frying pan and add the salmon strips (non-skin side first). They will need one minute on each side. 6 Mix the tomatoes, lemon juice, 4 tablespoons of the olive oil and the coriander into the couscous and season to taste. 7 Add the couscous to the veggies in the pan and mix. 8 Put the salmon strips on top of the couscous, place a lid on and put back on a high heat for a minute. 9 Serve:. 10 Slide everything on to plates and spoon over some sour cream.
http://www.food.com/recipe/salmon-and-couscous-164328
For anyone else who like me said to themselves "what the devil are coquettish-sounding courgettes?" - here's the answer...       Wikipedia:  Zucchini / Courgette    -    Origin:  Italy, 19th century

The zucchini (pronounced /zʊˈkiːni/, plural: zucchini or zucchinis) or courgette (/kʊǝˈʒɛt/ or [kɔːˈʒɛt], plural: courgettes) is a popularly cultivated summer squash which often grows to nearly a meter in length, but which are usually harvested at half that size or less. Along with some other squashes, it belongs to the species Cucurbita pepo. Zucchini is the more common name in North America, Australia, Germany and Italy (zucchina/e), while courgette is more commonly used in the United Kingdom, Greece, New Zealand, Ireland, France, the Netherlands, Portugal and South Africa. Zucchini can be dark or light green, and generally have a similar shape to a ridged cucumber.
Posted by Ricrar at 3:55 PM

And now, for some whiplash to a couple weeks ago... I tried that salmon/couscous dish that RA spoke of(at least I think it's the one), since I'm a bit of a 'recipe whore'. I love trying out new stuff, and am always on the lookout for a good meal.

Mighty tasty! I substituted a green chili for a red one (less spicy), and had to dig back in my memory banks to realize that "fresh coriander" is really cilantro, but it was a very good meal. And ridiculously easy! Our man has good taste.

thx for the link Laura. We have salmon for dinner at least once every couple wks. Will check Jamie's recipe.

The show description paints Nigella as quite flirty, doesn't it? Have you ever watched our chef "The Barefoot Contessa"? Her recipes are to die for but you could never describe her as a spicy dish;)

Well...I'm sure her long-time husband has used that term of endearment. The program is often designed around the chef's preparation of a special meal for him - for their anniversary or a first date remembrance. She's charming without the negligee aspect;)

I have seen "Contessa" ... way back once upon a time when we had cable. We have regular digital now, and are restricted to whatever PBS has to offer. But yeah, I like Contessa's stuff. I particularly remember one show that she did with her son. I can't remember now what they made, other than some sort of pasta dish, but I really liked the ease they had with each other - the mother-son banter was very entertaining.

Laura, I didn't realize the contessa has a son. Are you sure you're not thinking of the southern chef Paula Dean? She was widowed w/two sons and decided to cope by opening a restaurant. She's very down-home and folksy. The barefoot contessa lives on Cape Cod. Believe she & her husband are childless.

The recipes both women demonstrate are delicious, and reflect the traditional differences in their regional hometurf.

Paula's menus are southern barbequed dishes & sweet potato pie:) while the dark-haired foodmeister's choices are heavy on New England seafood. Their personalities are vastly different as well. Although, both women do look as though they might appreciate their own cooking a tad too much;) haha

Perhaps that's an indication of the tastiest dishes among the 3 chefs we've discussed;) Not certain if there's any truth to the theory. Judging from the description above, Nigella's audience could be 'overweighted' w/the male of the species. Doubtful they're all looking solely for new recipes, isn't it?;) teehee