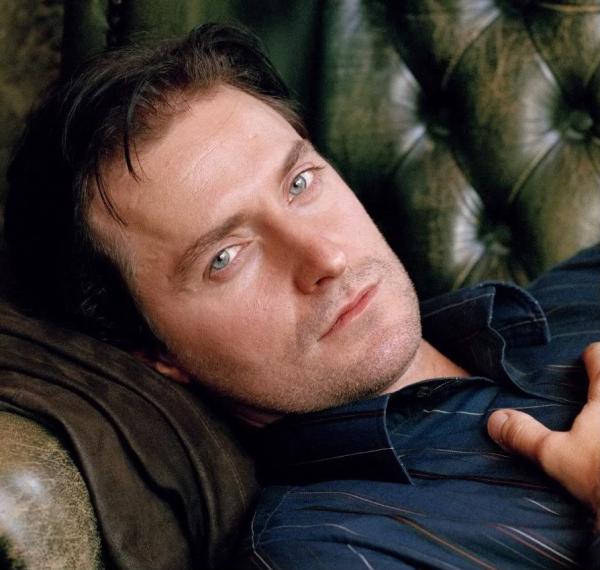 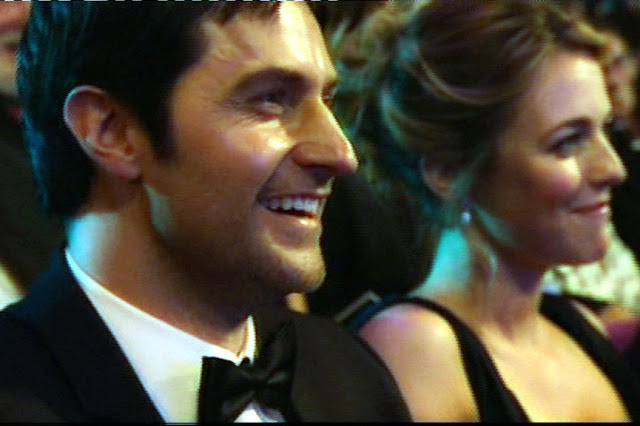 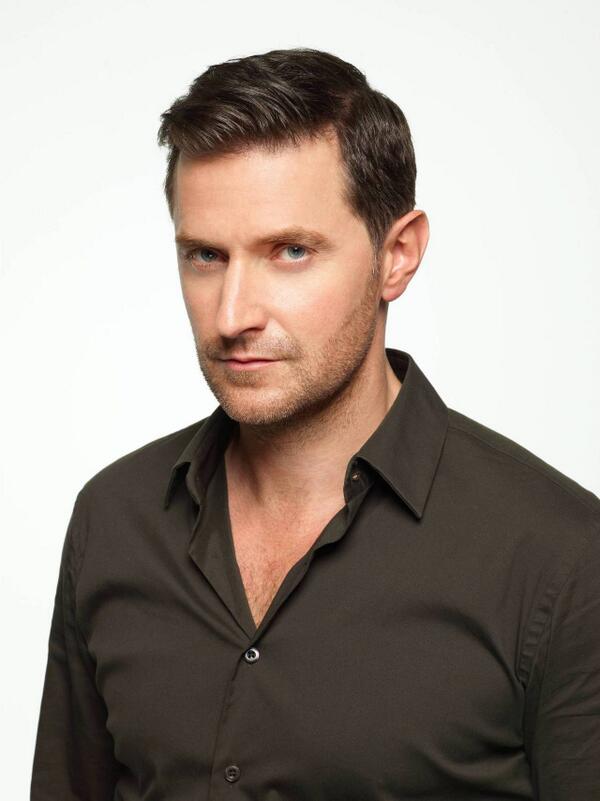 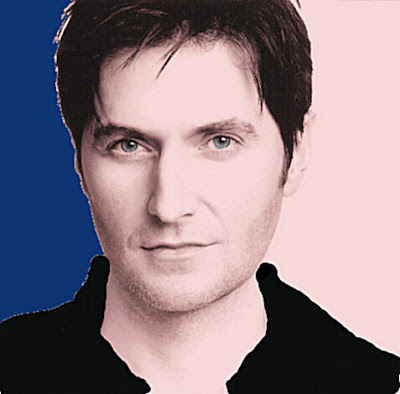 EXCERPT:During filming Armitage got to know Cate Blanchett but unfortunately never got to film a scene with her.
"Thorin and Galadriel (Blanchett's character) don't meet but when I watched the movie and I heard Galadriel say Thorin's name and it sent a chill down my spine," he says.
"It felt so special that she was saying my name, because her character is just so ethereal and a goddess."
Armitage will get to see some of his castmates again when he returns to New Zealand for more filming this year.
"I think we've got ten more weeks because we haven't shot the final battle, which is the Battle of the Five Armies," he says.
Throughout the interview, Armitage is tight-lipped on what fans will see in the second and third films.
Before answering questions he frequently repeats "if you've read the book..." as he does when talking about the scenes he is about to shoot.
"If you've read the book, it's one of Tolkien's great epic battles," he says.
"To call on five armies, one of which is airborne, it's going to be pretty spectacular."
When Armitage does return to Middle-earth, one thing he's not looking forward to is the prosthetics.
As Thorin, he wears a prosthetic that covers his head, ears, nose, forehead and eyebrows, as well as a fat/muscle suit and costumes with heavy velvet, leather, fur and weaponry.
All up, he says it totalled about 25 kilos - like carrying 25 bags of sugar on your body.
"That's something that's a scary thing to go back to, because it's so hot," he says.
"You can literally feel the water trickling down the back of your neck all day. It's like being in a sauna."
While it's unlikely Armitage will want to keep his prosthetics when filming wraps, he does have a version of Thorin's sword - Orcrist - of his own.
"The weird thing is, I want to take it down to the gym and start swinging it around in preparation, but I don't think my gym would let me do that," he says pretending to swing the sword.
"'I'm just training, what's the problem?'" 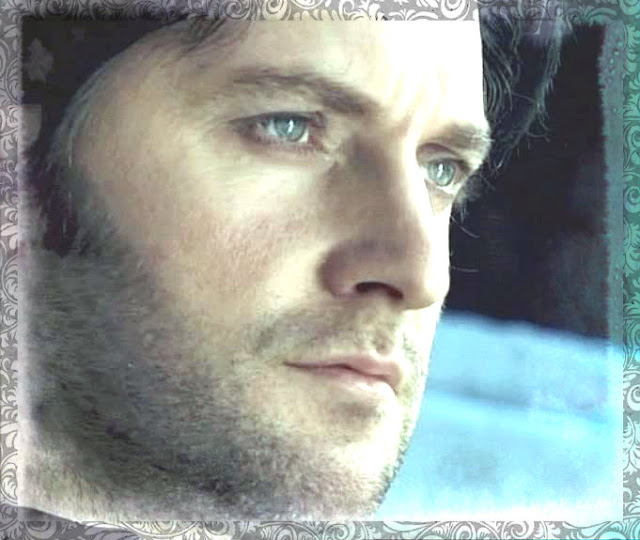 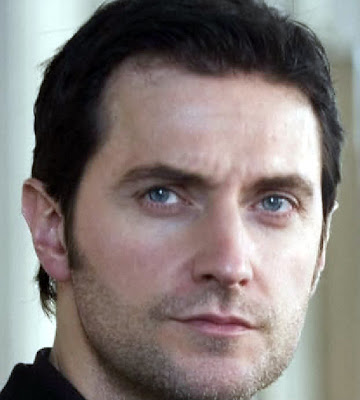 Apologies to hard-core Spooks fans--you might want to turn away:)


http://www.infographicsarchive.com/health-and-safety/what-does-your-eye-color-say-about-you/
(Above link explains the science behind eye color)
****
John Porter gets *Mabelized* 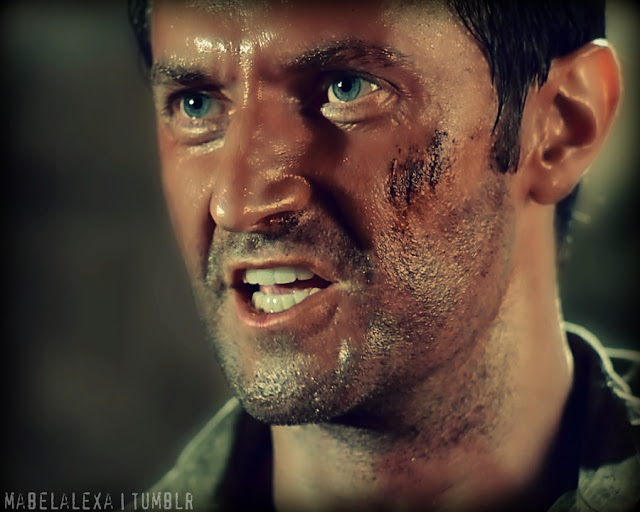 Excerpt from RA's recent question/answer The Hobbit session in Australia:
Oscar Hillerstrom: ‘Sir’ Peter Jackson Ladies and Gentlemen  (Audience laughing loudly all the way through this and the next ‘embarrassing moment’ tale) is not the first person to lose their trousers on the set of The Hobbit. I want to take you to a fan question about Dwarves Illustrated 2012.

Richard Armitage: This was actually my idea. Don’t let Graham McTavish tell you any different. This was my idea! It was Pete’s 50th Birthday and we decided we would create a Naked Dwarf Calendar. But of course you know what a naked dwarf looks like – we’re loaded with padding. So that was the joke. So basically every Dwarf was a different month in very compromising positions… (laughter erupted) in their fat suits or their colossus suits or whatever you call them. But there’s only one copy which Peter owns. They wanted to make more but I said absolutely not!  There’s only one copy.
Oscar Hillerstrom: So for you obviously as Thorin Oakenshield, you had a strategically placed piece of oak or …

Audience: (clapping and laughing)
Richard Armitage: What happened in the calendars stays…?  winks and laughs
Oscar Hillerstrom: Well that’s all we have time for from Mr December.

Hi, Ricrar. Awesome new photos, as always. I am extremely partial to the white button-up series :) :)

BTW, his blue jeans and sports coat thing for the Australia appearance -- it looks like it's getting to be a habit with him :) :) It really works for some of us collegiate folks :)

Re: your last post -- Do you think it could be WAR AND PEACE? That would be amazing!!!!!

Hi Cleo, are you suggesting Richard's reference to "falling in love with a charming story" might be War and Peace? ;D Just a little gest on this sunny Sunday.

It would be absolutely fantastic if Richard is cast in a remake of War and Peace. Which role would you prefer for him?

Can you believe he again mentioned during the Aus theatre appearance that he doesn't have the face to play the leading man. OMG! He doesn't really believe women all over the globe start to act like schoolgirls because they find his brain to be sexy, does he? It def is, but it takes more than that for females to start wandering in a trance unto any website that mentions his name. Can't tell you how many times a new fans has said to me "don't know what hit, I don't usually act like this."

Evening, Ricrar! Yes, I realized after I had brightly wished you a happy Saturday that it is, indeed, Sunday. I've been grading all weekend. Can't tell the difference anymore :) :)

I believe when we discussed it before, Count Rostov was my fav for our fearless hero. Debonaire, forward-thinking; young (in the context of War and Peace, meaning, middle aged); he challenges the status quo of the old guard and is yet endlessly noble with his young (also middle aged) wife and their children. Plus, he would get to wear awesome Russian aristocrat coats.

Happens to all of us, Cleo. Family member who usually stays over Sat & Sun (every few weeks) did so this Fri/Sat, therefore I'd expected to see latest Game of Thrones ep last night. Was pleasantly surprised to learn I'd recaptured an entire day.

Now I'm wondering if there's a degree of incest in my marriage;D haha My mother & hubby both have blue eyes. teehee

Oh well, if we go back far enough into the distant past, we do indeed find common ancestors.

Tried to look at the eye-color thing but it got blurry when I enlarged it to read it. What's the story with it? Of course, we ALL have the same ancestor if we go back far enough :) :)

Morning Cleo, I've added the chart link to post above.

As for my comment about hubby & mother having same blue eye color, their ancestors did emigrate from the same area on western coast of Ireland. That would explain the blue eyes. There were Viking invasions in that area.

The outter 3/4 of my eyes are emerald green..closest to the pupil there's a little brown. According to the chart green is the least common color while brown is most common followed by blue. I was very surprised to learn blue eyes are more common than green. Believe that must be true when taking a global average because we don't really see more blue than green here in USA.

The chart explains that the gene governing who has blue eyes is capable of cancelling out the other colors, therefore the conclusion everyone with that shade have the common ancestor.

I like the comment from the interviewer about what a nude Thorin might cover his modesty with. Personally I don't think an Oak leaf would give adequate coverage, perhaps Thorin's magnificent shield instead me thinks! (Now that would be a sight for sore eyes, fat suit or no fat suit!)

Cannot bring myself to think about oak leaf, shield, etc. Seems beyond the purview of a Southern woman....

He did seem to have a bit of a crush on the Australian TV interviewer, didn't he? ;) :)

Love the new all-black-clad RA. Is that a chalk board he's standing before? :) :)

You surprise me Sue - a huge shield vs a small piece of oak. Best comparison I can think of would be choosing between baggy dwarf pants or Lee's speedos? Don't know why *cough* but I vote for the latter;D

Cleo, you're just teasing about what? Usually can tell when I'm being teased (Richard's recent slow-drip photo releases def come to mind:)

Which interviewer did RA seem to have a crush on? Or do you mean it was vice versa?

Ricrar, happy lunchtime! In teasing, I was referring to your theories on marital bliss....i.e., blue eyes and incest, which seemed, somehow, to be informed by GoT in some way.... Common Irish ancestry was, indeed, a perfectly plausible alternative explanation! :) :)

Obsession with all things Persian, indeed. THANK YOU for the Sir Guy photos. What a beautiful Persian Prince he makes!

The POP interviewers in Australia....both RA and the woman interviewer seemed....shall we say, charmed, by the situation.... :) :) I thought Sue mentioned this a few posts ago, and I thought I would chime in and agree :) :) Just teasing there, too! Yes, indeed, it is a happy hobby! :)

Of course the incest remark was merely in jest Cleo.

The blue eyes/common ancestor evidence triggered memories from a few years ago, when I was reading passages from the ancient translated Gaelic 'Annals of The Four Masters' in which both my hubby's surname and mother's maiden name were identified as belonging to the same sept or clan in the year 400AD. That's how long ago studying family history was popular with Celtic tribes.

So, you see I believe the laws governing incest would probably have expired over a 1500yr period of time..don't you? Lil genealogy joke;D

The new music vids were included above because Richard mentioned both groups - Gotye and Radiohead - as part of his current playlist. He added The Killers and Kings of Leon were his choices during filming of An Unexpected Journey. Was the King under the Mountain being inspired to run through the burning forest while listening to the kings of Leon's hit "Sex on Fire"?? That one will soon be posted above.

Not sure when the laws of incest run out, Ricrar, although I find it very humorous to be discussing such a taboo topic so casually :) :) Hence my picking up on your bit of jest.... :) :)

Something from literature....inquiring minds want to know!!!!!

Yes Cleo - if you were reading Geo Martin's Game of Thrones - after the initial shock - incest would seem to be just another day at the office..err..or classroom;) Other than the current king of Westeros being the offspring of an incestuous couple, there was also a scene when a brother unknowingly fondled his sister as they rode horseback. In fairness, he didn't know she was his *little* sister (now a woman)BUT she did and didn't protest. That's only a couple of many shocking moments in Martin's tale.

I believe there was even a Brit reality show a few years ago that actually interviewed members of guilty families. Don't know how they managed to evade legal authorities once given that national tv exposure. They could easily have been actors playing the part of siblings - reality tv isn't exactly a bastion of truth.

Ew. Creepy. And so forth.

Much prefer the heroic figures, myself....

We're agreed on that Cleo, however, Geo Martin does have a way with creating alluring characters and an exciting plotline. Once you've started it's difficult to stop until you know who will survive the life and death struggles in Westeros. Geo is at the moment working on book 6 - he'll then have the task of tying up a tremendous number of loose ends for the conclusion.

It's news of a new series commissioned today by the BBC. There are scenes from the original series on youtube. It does look like a good fit for him - based on Winston Graham's dozen novels.