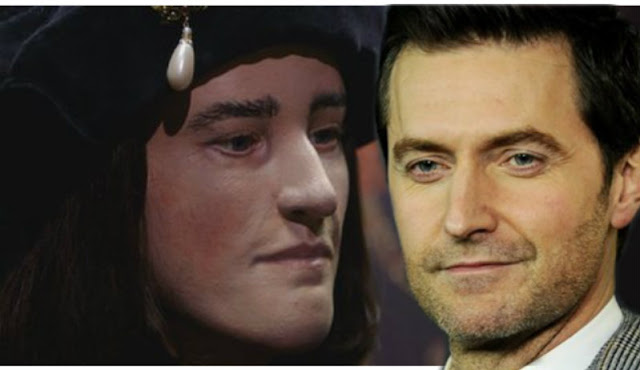 From my The Tudors period. Tried Chas Brandon's shirt on my fav actor:D Where there's a will, there's a way.. 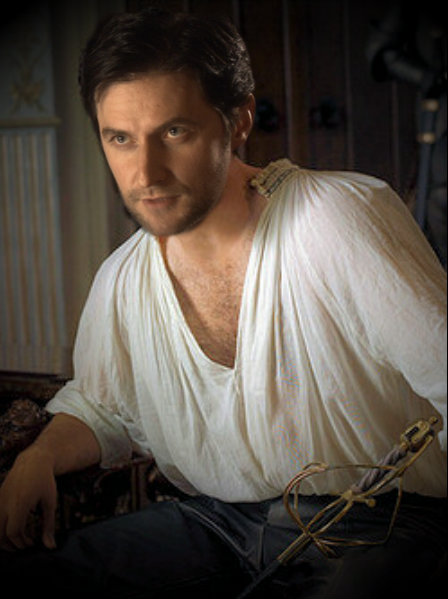 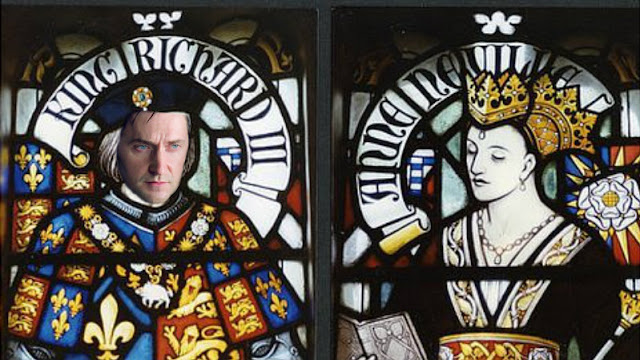 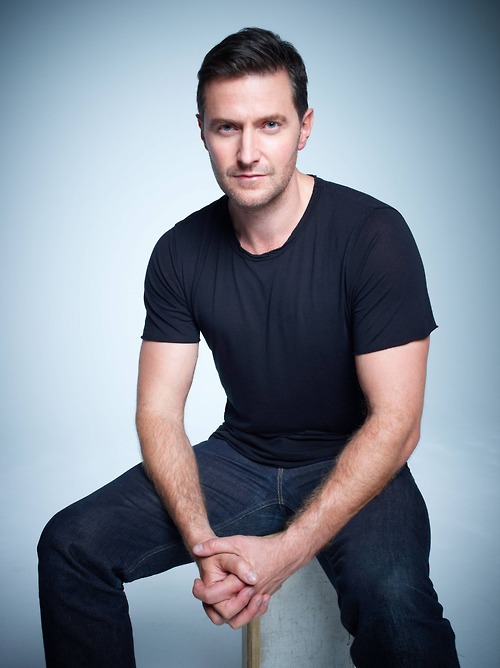 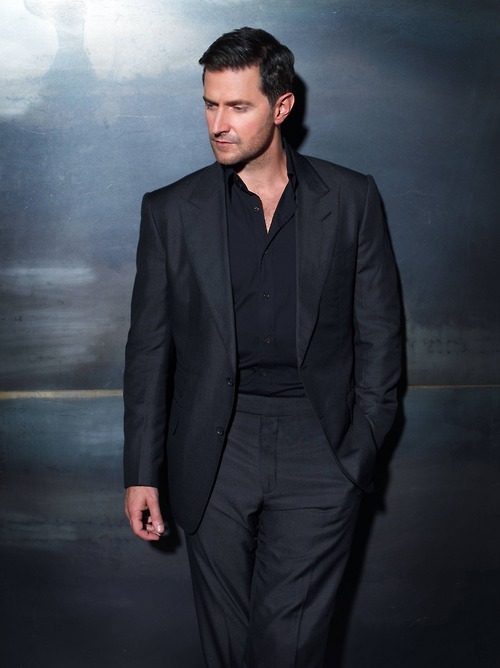 We can see clearly now... 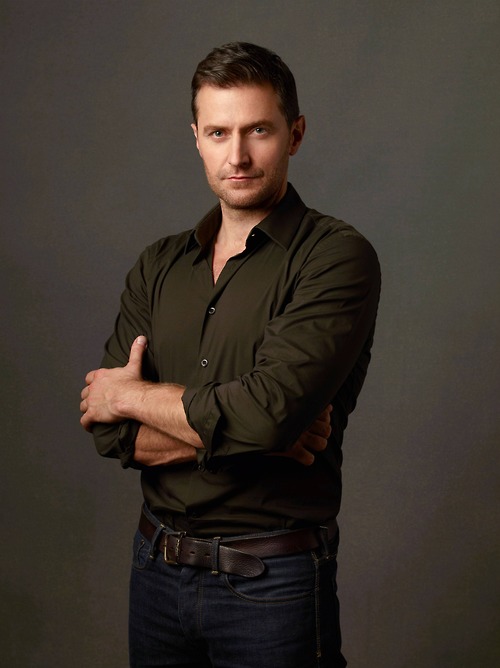 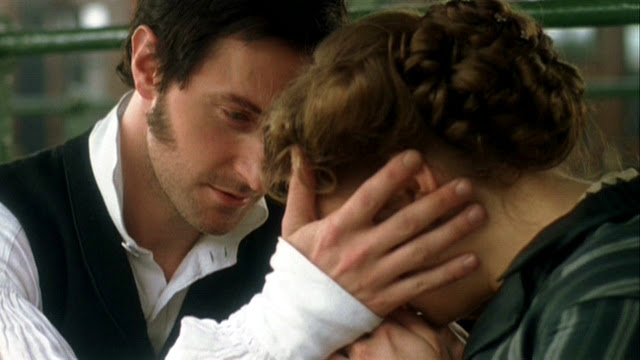 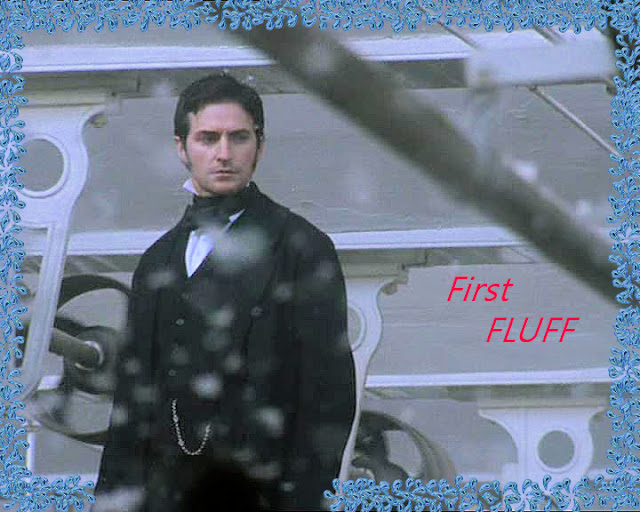 Another Dracula seems to have borrowed Thorin's coat.  Jonathan Rhys Meyers goes from portraying a bloodthirsty king to a,,,err,,,vampire. And from Irish, British speak to the broadest American accent ever heard on either continent:)
For anyone who has seen the British tv adaptation of Eliz Gaskell's North and South many times, but never viewed the US adaptation of John Jakes trilogy North and South - including yours truly:) - Here's episode 1 of both series.  For the very first time that I've noticed, the tv series of Jakes books is currently playing on Encore.  It's star is Patrick Swayze, who has of course passed to a movie set in the skies.  His co-star is actor James Read (playing Orry's best friend), whom I'd never noticed before, but am verrrry impressed with in the following series (according to IMDb he's still acting in various tv roles) 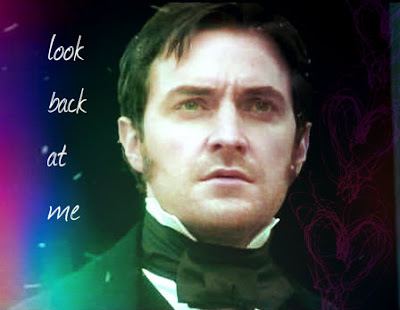 I've already seen sharp criticisms of the authenticity of costumes, etc for this upcoming series about young Mary Queen of Scots.  Would be best for the critics to keep in mind that encouraging the younger generation to watch some form of history of the human race should be endorsed and supported, rather than squelching the effort with negativity.  If it's necessary to accomplish this major feat by *sexing up* history somewhat - so be it, for the greater good.

On the trail of a new historical series - when it *reigns* it pours with information about this upcoming saga.  Appears both Ashford Castle, Co Mayo and indeed the one visited last week at Tullamore are filming locations.  Latter is prob for interiors:
http://www.mayonews.ie/index.php?option=com_content&view=article&id=17509:american-tv-series-filming-in-cong&catid=23:news&Itemid=46
An example follows of the Charleville Forest Castle, Tullamore, Co Offaly interior. Ashford Castle apparently shows the result of very prosperous owners(Guinness family) who transformed it into a more modern home, while Charleville looks frozen in time: 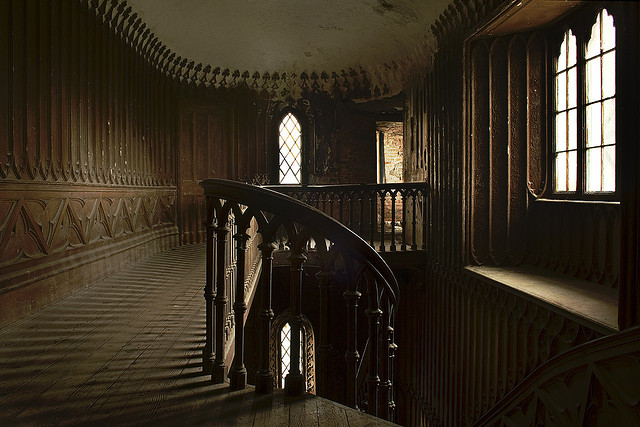 Yet another historic saga..*happy dance*.. based on the War of the Roses (hence titled 'The White [rose] Queen') will begin Aug 10..
Watch Strike Back Online:
http://stream-tv.me/watch-strike-back-online/
http://youtu.be/kTLI4U9IZu0
Posted by Ricrar at 2:39 PM

I inadvertently found Richard as well. I did view some of BBC's Robin Hood series on BBCA but dropped it in the ep when Guy climbs the tree to rescue Marian.

6 mos later North and South arrived as a Christmas gift from my sister. I didn't know Richard's name but John Thornton's face, on the cover, looked very familiar - that's when I realized he had played GoG.

As for the US series, I'd heard of it and knew Swayze was the star but it happened during the period when I'd totally tuned out from movies and TV. Daily life was extremely busy during that decade--there wasn't any freetime for show biz.

BTW, it's the actor playing Orry's Pennsylvania friend who really caught my eye last night, while watching a couple eps of Jakes N&S. It's amazing that I've not seen it until the past few days. Really enjoying the comparison of cultures, because we live in PA and will in a few weeks be vacationing in NC. Today the differences between our North and South are almost invisible. If it wasn't for the slight southern twang(and I'm sure our yankee speak) and dishes like *hushpuppies* down south, we could hardly tell the regions apart. Not so of course during the Civil War period, when I'm sure to travellers it must've seemed almost like different worlds.

Patrick Swayze's 'North & South' came out when I was in the 7th or 8th grade and this was the time ('80's) for big mini-series. Some were based on a Jackie Collins book, a Daniel Steel book or someone else's

As for the modern North and South, there are still some, and it wouldn't surprise me if I have some in my family, that have NOT gotten over the Civil War. Now they maybe polite but in private that could be a different story.

I am a Southerner. Live in the same area where I grew up and I get asked where I'm from because, according to them I don't have a Southern accent. Which is fine with me because the Scarlett O'Hara type of accents sound worse than fingernails on a chalkboard to me.

Now Misha, when we visit NC in a few weeks, my ears will def be disappointed if it doesn't hear some of that soft, lilting drawl I've grown to love. There's one shop owner in particular who never fails to say goodbye with "now y'all come back..ya hear?" That always makes me feel especially welcome and hopeful to return.

Book 1 ended last night - 2nd volume doesn't start until "next month" which of course could be a week from now, so I must check the schedule in the meantime.

Did you find similarities between the two series? Most noticeable of course was the study in differences of ways of life for both regions in mid-1800s.

Next, were particular scenes that stood out and reminded me of RA's North and South.
The dinner dance in particular and cotton mill scenes. Altho' no one in Milton rolled in a bale of cotton quite the way Orry's sister does;D (she's quite a jezebel) It was good to see her finally called out on her ruthless schemes.

The scene last night that caused strongest memories was when Hazard defended his southern friend from the rioting mob in front of his home. If Mrs Hazard had said to him "go down there and speak to them" that would've absolutely made my jaw drop with disbelief. I'm looking forward to book 2.

OMG!!! I need oxygen. those pics are jusr gorgeous and i am a puddle of goo. thanks for sharing Ricrar. PS you could send Alec round with the oxygen ..just sayin'
hugs wendy

Hi Wendy, I should give instructions to take deep breaths before starting to look at Richard Armitage photos:D

If I can manage to get Dr Alec to make a house call for me, I'll be certain to send him along to you.

If you support Richard in the role of Euron Greyjoy, Game of Thrones season 4, there's a link above to the Westeros website where you can second the suggestion.