Are Lucas North Followers, Since Ep 4, Holding Their Collective Breath?

Will Agent North manage to take a clever side-step out of his current dilemma...or not:(? 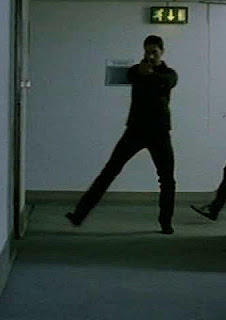 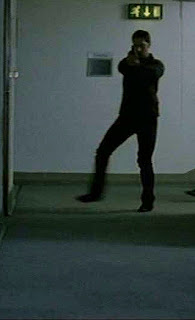 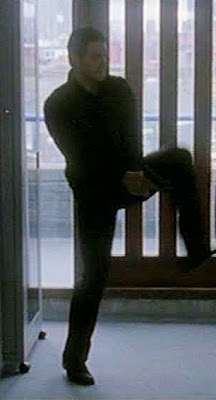 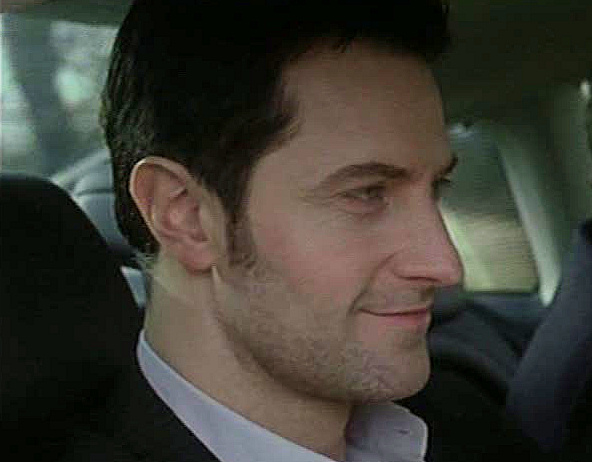 I have read comments over time on how he's action moves have hints of his dance training about them, finally with your pics I see it!
It looks like he is dancing while 'in motion' they are powerful and effective kicks.

Hey there, OML. Have you noticed the somber aura surrounding Spooks discussions? It appears most followers are preparing themselves for another Ep 13, RH3 scenario. :-[]

I've a theory about why there were so many ridiculously strong negative reactions to the SC character. She represented the obnoxious liberal elitists on the globe. Those who believe they deserve to make crucial decisions for everyone else on the planet. And that reality proved to be a personal dilemma for some Spooks fans. The show today has a world-wide audience. How many in different corners of the globe could see themselves in SC?...which caused them to over-react to the character.

You, OML, are the exception that proves the rule. You are in NO way an obnoxious liberal elitist. Am I right about that?... Rather, you apparently were turned off by the 'S' character for the authentic common sense reasons - you recognized she was an obnoxious, cold blooded killer. Is that why you found her to be despicable? If so, we are in agreement on that score:)

Yes I've notice some fans think Lucas story line might lead to a RH S3ep13 alike fate. If he does I'm praying he dies a hero and better yet, on the first eps of S10. What I don't want is a cliffhanger like Ros' and a funeral the first mins of ep1. It feels as if you have hope to then realize you didn't have time to 'say goodbye'.

Nop, I'm no obnoxious elitist :D. Sarah was cold blooded killer which was the last straw for my dislikeness but it started from her second appeareance on screen. In my opinion there wasn't much chemistry with RA so she appeared to me cold, cynical, hard and fake, fake in her interaction with Lucas which unnerved me because I couldn't see why did he had those feelings, I didn't see what could have possibly triggered them.

Enough with the rant. See what happens when you write about she-who-shall-not-be-mentioned? LOL!

OML, when it comes to sex, men have the opposite modus operandi from the majority of women. We want substance in the relationship which leads to intimacy. They'll take sex whenever it might be available - no requirements necessary;) Basically the male human drive that led to the population of mother Earth.

I haven't found Maya's Lucas encounter to be more profound than the 'S' person. Yes, the latter was painted as a cold, calculating intelligence agent, but when it came to her feelings for Agent North there was an almost instant meltdown.

Her character as written was ruthless in pursuing her cause. IMHO, GOR portrayed her in kind - along with a human fraility - an uncontrollable weakness for LN. Believe the LucJohn character is currently displaying that same human emotion for Maya. These things happen in the best of families;) hehe