In his recent remarks, Peter Jackson's vision for Thorin Oakenshield in The Hobbit has become somewhat clearer.   He said "Thorin..is a tough, heroic character, and he certainly should give Leggie and Aragorn a run for their money in the heartthrob stakes - despite being four feet tall."  He added many accolades for RA's acting skills including "Richard is a powerful actor with a wide range, and we're very excited to be handing Thorin over to him.  In this partnership, we need Richard to give us his depth, range, and emotion as an actor - and we'll make him look like a dwarf!"  In reference to all dwarves in The Hobbit, director Jackson said "Our company of thirteen dwarves in The Hobbit lets us explore many different personalities -- and costume and make-up designs will support the type of character each actor plays."
**
[Therefore, with Thorin's "tough, heroic" attributes in mind, is it fair to say costuming him in jeans and leather might be exactly what the doctor ordered to compete in the above mentioned heartthrob stakes? Judging from the dwarfified pic below -- could we learn to live happily with  the idea of a 4ft hobbit-throb?...] 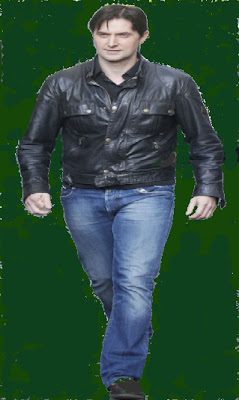 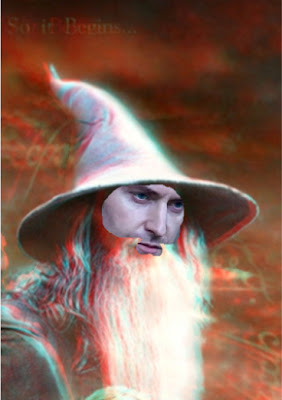 The Hobbit will be shot in NZ afterall...
http://www.businessweek.com/news/2010-10-27/key-secures-pact-for-new-zealand-filming-of-hobbit-.html
****
Funniest paragraph of Vicky Frost's ep 6 review:
>Plotholes and other distractions It was pleasing to see the cyberterrorists (including another CSS operative … ) had set up shop in the middle of a vast, empty office with full-length glass windows and panoramic views of London. Again. It was equally jolly to see Beth and Dimitri set off for SE16, and then arrive somewhere that was a) quite clearly not SE16 and b) was just round the corner from the baddies' rendevous at what looked like Smithfields market in central London. Spooks, I don't expect you to be in any way real – I have seen nine series, after all – but why be all unnecessarily postcode-specific in the first place?<

[Might budgetary considerations be the reason Spooks keeps it's  shooting relocations to a minimum? No one other than Londoners are as alert to the exact locations anyway]

>...Did Danielle wipe off her lipstick while stuck in the boot? And: I'm not sure I could cope if Beth and Dimitri took over as lead spies next series. Only Dimitri's "Oi Evershed, stop being nosy," suggests things wouldn't be interminably dull.<

[as an American female, I’m definitely considering decreasing the makeup to 1” thick rather than Ortiz-style 2“…might be overdoing it a tad. Heehee Frankly, if US cosmetic mfgrs, other than tinted lipgloss, were depending on me to stay in business - they’d be bankrupt within mos.  Yes, the eyeliner pencil is pulled out for special evening occasions when the appearance of slightly thicker lashes seems to be a must...female vanity run amok;]

>...No matter how much it is hammered home that Lucas loves Maya (not that much, in any case, or he might have remembered her before this series) I'm not sure I quite believe the set-up any more.<

Vicky Frost’s entire review:
http://www.guardian.co.uk/tv-and-radio/tvandradioblog/2010/oct/25/spooks-series-nine-episode-six
*****
In other RA news (in reference to Spooks 8), after indulging in some dagger twists an Aussie said..

"But I like something about the show.  His name is Richard Armitage...Lucas North is his name here..is the most sensible one[spook]....I just need to interrupt here and say if you get the opportunity to see him in the adaptation of North & South anytime, the Elizabeth Gaskill book, you should indeed take it.  Brooding, would be the word I'd use to describe his performance.  He does a bit of brooding in Spooks but not nearly enough for my liking.

Mainly he busts out the black-haired, blue-eyed charm stick to get information out of somebody, and that also works.  He clearly has some range, because he wasn't anything like this in Robin Hood, where he wore more eye-liner than KISS."

[Really?? Let's take a look;) hehe  obviously any excuse will do... 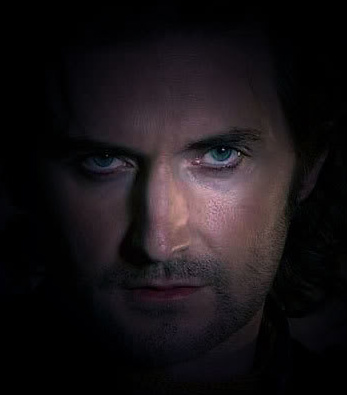 Might even be a hint of eye shadow as well in the following pic.  The reporter's eyeliner remark reminds me of President Lincoln's reply during the Civil War, when someone in his cabinet criticized his highest ranking general's (Ulysses S. Grant) tendency to somewhat heavily imbibe in alcoholic beverages.  Lincoln said "provide a case, of whatever Gen Grant is drinking, to all my generals. " 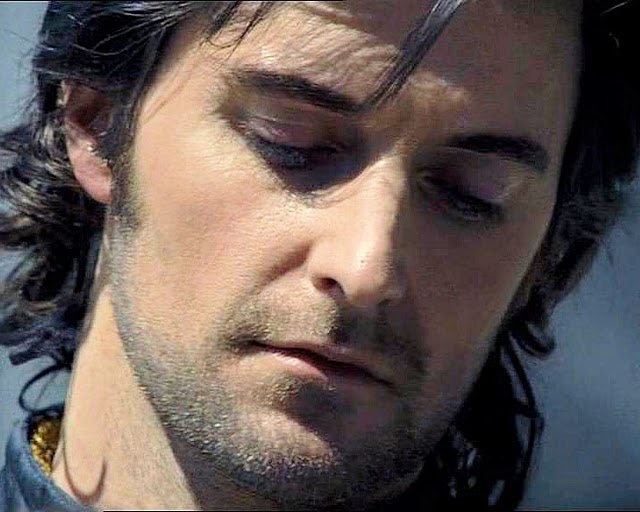