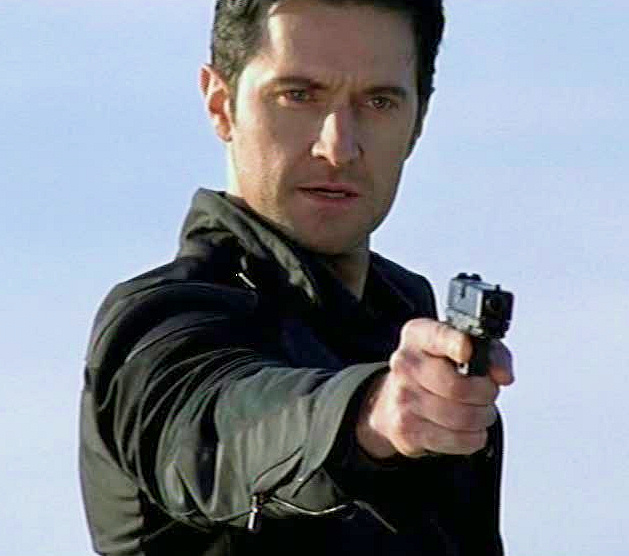 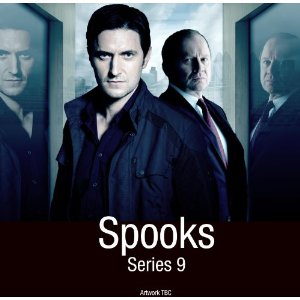 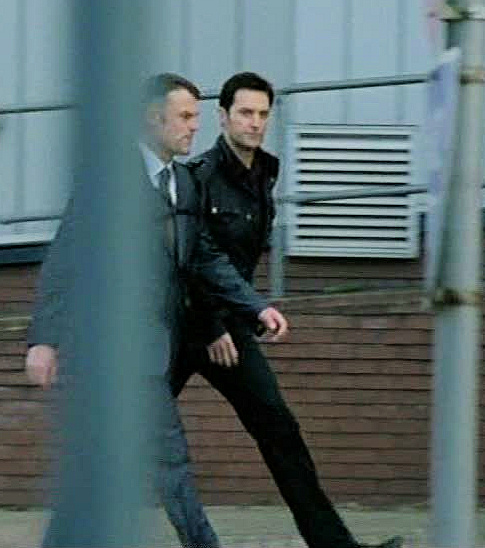 Thoughts to chew on..Various comments at blog below supporting the ‘Lucas knows exactly what he’s about’ with Vaughn & Maya theory..


“I'm thinking the Maya thing is not as it appears, in fact I thought Lucas put something into the inside pocket of her jacket when he slipped it off her shoulders at the house last week so don't see it as a cliched love interest. He's got another agenda…”

“The hospital scene was odd indeed. If it does not turn out to be part of a trap for the real traitor, since it was so ooc for Lucas..”

“If there is a "oh my god" moment later in the story when Lucas's seemingly inconsistent behaviour is explained, that will solve one of the two..”

Plentiful Plot Possibilites.. >what was going on with Lucas' remark to Maya about her having had plans to open a tapas bar? her reaction -- "I've forgotten all about that”.. with a swift turn of the head -- seemed a bit shifty.

What with the Trafalgar connection.. and this otherwise gratuitous tapas bar mention, are they dropping hints for a surprise enemy…a North African/Spanish-dissident combination of some kind? Gibraltar? Some Costa del Crime megalomaniac?…<

>“don't knock this series or Lucas' behaviour until the plot unravels. Armitage himself said in an interview that Lucas would act very strangely in this series - let's just sit back and enjoy all the twists and turns…”<

>“..Lucas the character is very controlled and self contained I think he has to be to function. I mean given the convoluted story line he has had it is a wonder he can function at all.. I just like the subtlety in Mr Armitge's acting.”< 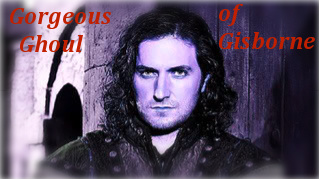 TWEET: @HelenJamesProd Helen James
by RAnetdotcom
HJP favourites Richard Armitage (Spooks) and Hayley Atwell (Any Human Heart) are filming Captain America at... http://fb.me/yDfJzwOy
2 hours ago via Facebook Favorite Retweet Reply  - Retweeted by RAnetdotcom
****
Tremendous variety of international book covers for GRR Martin's 'A Song of Fire and Ice' series - first book of which is 'A Game of Thrones'..HBO special coming worldwide in Mar 2011    http://www.georgerrmartin.com/gallery/kings.html
Posted by Ricrar at 12:54 PM

Thank you for the ASOIAF covers. I really like the ones from Japan and Spain. Lovely many of them. I see GRRM is having fun in Dublin. Am waiting until he gets to Malta and the actual GoT filming!
Did you all see RAnet.com has posted a new article/interview with RA:
http://www.richardarmitagenet.com/images/articlescans/LeicMercury_16oct10.jpg
Now I have the image of him sitting on a sofa with me,eating grapes, and laughing :)(Hey, imagination is a dangerous thing).
He talks a bit about his fans. Now I'm fairly new at RA fandom, but I think that just because we may differ in our opinions about his roles and characters doesn't mean we stop being his fans! But I agree with him, he shouldn't base his choices on whether we would like it or not. I wish someone would ask him intelligent questions about his fan following!

IMO, it's as varied as his role choices over the yrs. Some critique & analyze his every word to death, others slavishly adore everything about him *cough*..not us, of course:) *giggles*

But the vast majority fall somewhere in the center - they either stumbled upon him in RH or N&S and found Richard to be a very talented actor with a warm personality. There's also a unique trait found rarely in show biz. That crucial magnet for many is his higher personal standards. Where else can we find gracious and good hearted in one gorgeously-wrapped package?

See newly added comments above that seem to support the 'Lucas will not let us down' theory for Spooks9.

Make that "are" his higher personal...
English grammar teachers would have me write the sentence correctly 500Xs;)

This English grammar teacher forgives you as she knows how difficult it can be to type well when discussing this particular subject. Perhaps too much drooling is bad for typing skills!


I spy lovely long Lucas legs as he strides alongside Viktor i ep 3!