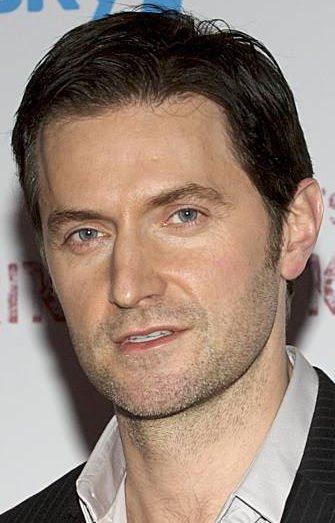 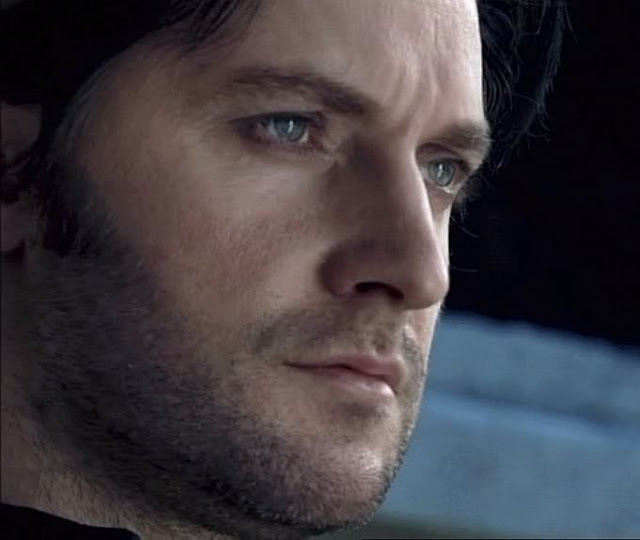 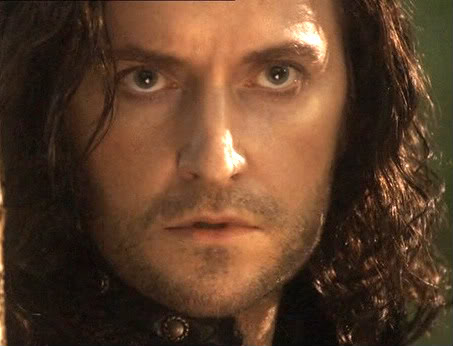 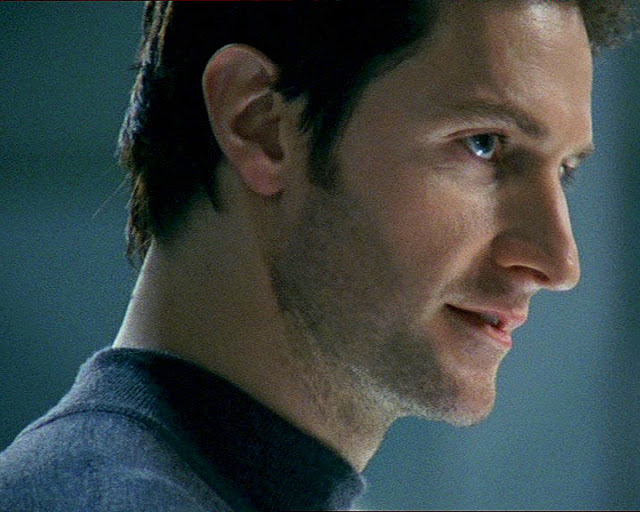 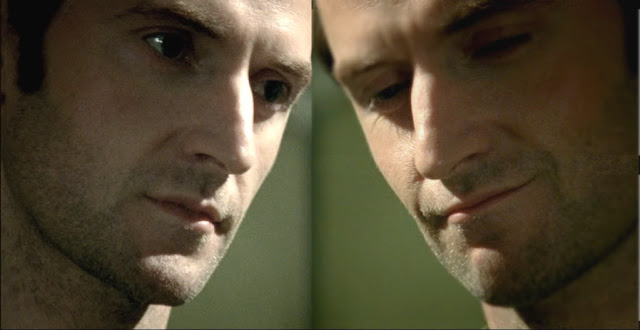 Just when I was starting to miss watching at least a few couples each week on Dancing with the Stars, along comes faboamanto to the rescue with Percy's Tango -- Very appropriate especially when we consider RA has said that the Argentine Tango is his favorite dance...
No doubt these 2 spooks are working on a top secret mission... 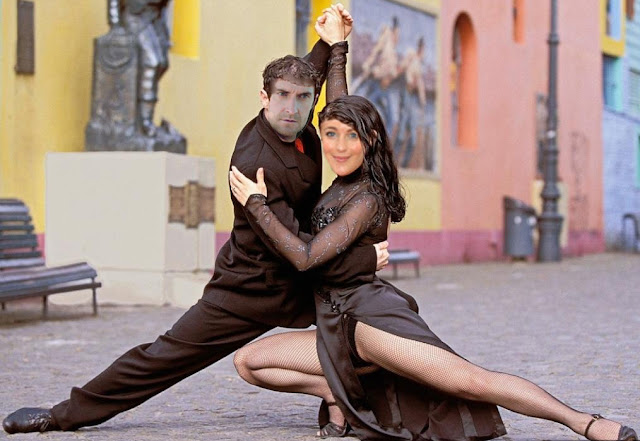 *****
Just read the political opinions of someone who apparently lacks the enlightened insight I was ready to believe he espoused.  Won't enjoy reading his work nearly as much now that I realize the sum of all his parts doesn't add up to anywhere near what I'd hoped.

An excerpt from a poem he used while airing frustrations with the current political landscape..

>The best lack all conviction, while the worst
Are full of passionate intensity.< (from a poem by Yeats)

The person's interpretation of the above Yeats line is exactly opposite from the reality of the situation.  Which is,  that the best have finally risen to the crucial occasion and applied their noble convictions to the sticking stone, while the worst have lost their once passionate intensity due to their extremely faulty and thereby unworkable political philosophy and beliefs.  It's really difficult to enjoy the writings of someone for whom you've lost respect, because they've proven themselves to be simply another boring, indoctrinated liberal robot.  Fortunately, for every writer who once promised depth and wisdom there is always another holding high the torch of independent thinking with integrity and truth.
****
UPDATE: Filed under life can be weirder than fiction:

About 6mos ago I'd sent a private message to writer Geo Martin(A Game of Thrones,Vol 1 of A Song of Ice and Fire series of books) at his journal - a short time ago received a notice saying he'd replied to it.  The above comment of mine was in reference to a recent political post by him at his journal.  Is this too much coincidence or what?:)  Well, anyway, took the opportunity to reply to grrm's response to say RA would be perfect for the King Stannis Baratheon role in Season 2 of the HBO special Game of Thrones.  Many players have been cast for this upcoming HBO special after they'd been suggested by GoT readers.

Following is Mr Martin's reply to my post from 6mos ago...might reconsider finishing his series afterall -- everything is relative:) Of course, The Hobbit news was revealed in the meantime, so who knows if RA would even have the available time in his schedule at this point.

Today's reply from GRR Martin
>Re: A New 'Game of Thrones' Reader's Fan Suggestion
from grrm:
Thanks for the message, and your recommendation of Richard Armitage for a role in GAME OF THRONES. We are using mostly British and Irish actors in the series, so I will keep Armitage in mind for the second season (assuming we're lucky enough to get one). <

My original message to him:

> Hello grrm, I'm not sure if you received a comment I posted to your journal a short time ago, so thought I'd send this private message to be certain you receive it. I've just started your 1st book of the series 'Game of Thrones' and find it very exciting and vividly imaginative. A person I've found to be an excellent actor came to mind as a possibility for one of the roles in the rich setting you've created. He's British actor, Richard Armitage. (not our famous politician of the same name:) Richard is currently the star of the BBC's long-running series 'Spooks'. He has also recently starred on Sky1 in Chris Ryan's 'Strike Back' as John Porter, SAS. (Armitage is 38yrs old) One of his most famous roles was as Sir Guy of Gisborne in the BBC's three seasons of Robin Hood.

Following are examples of his work: BBC Robin Hood Series 2, Ep 13 (Guy of Gisborne slays the love of his life, Marian)
http://www.youtube.com/watch?v=bpR7ITS8gM4&feature=related

Armitage is also a busy narrator - his narration of Bernard Cornwell’s 'Lords of the North' is absolutely splendid (at least 12 different voices..including the females--he performs the narration rather than merely reading it) http://www.youtube.com/watch?v=p9QCr12ypto

This one is from Robin Hood.
Season 3 - Guy & the Sheriff finally reveal their true feelings for each other…
http://www.youtube.com/watchv=Ijx96UlFPw4&feature=PlayList&p=6152D565D40D2BA8&playnext_from=PL&playnext=1&index=24

The actor's breakthrough role in 1994 was as John Thornton in Elizabeth Gaskell's novel 'North and South'.

*****
Now for someone who has thus far never been a boringly predictable disappointment.. 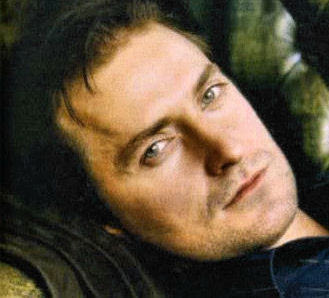 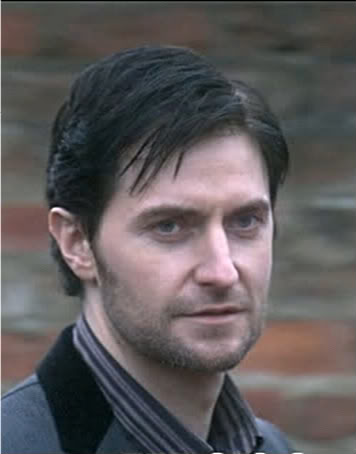 Strike Back: Not Gonna Get Us by Mccpepper..
Etext for Restoration Comedy play: The Rover

Lucas and Jo doing the tango would have been a great idea. Why didn't the Spooks writers think of that!

I love his reading of The Night Watch for England. He makes us feel we are with him in the dark.

Isn't the coincidence interesting Musa - I'd made the Lucas/Jo tango 2wks ago and you unknowingly provided the excuse to post it. Wouldn't we lovvvve to watch Richard making all the right tango moves.*melt*

Julie from NZ just noticed the Guy/Marian vid I'd tweeted yesterday. She asked which show it is because she'd really like to see it. Advised her to check her local library dvds or amazon. Of course, she could almost watch the entire series at youtube. Will point that out to her.

She tried out as a hobbit extra but has not as yet received word whether she's accepted. Wouldn't it be a blast to have someone on set giving us feedback.*fingers,eyes crossed for luck*

No doubt you've noticed that we love him too. Have you been a long-time fan of Richard's?

RicRAr - so great that you got an answer from GRRM directly and now he has Armitage on his mind thanks to you. (Well, maybe not as much as we do-LOL). I do think RA may not have the time now, especially if they move up approval and filming of GoT Season 2 as seems to be by the rumors. All depends.

Musa, if GoT starts in April, perhaps Richard would have time to do Stannis when they take a break between seasons?

Mentioned to my ol' pal George(haha..namedropper after one reply:)
that RA's GoG and JP performances were steely-backed men with gruff demeanors...much as I've envisioned Stannis Baratheon. The Lord of Dragonstone's unusual relationship w/the red priestess would be even more stimulating on screen with RA in the role, wouldn't it.

Most descriptions of Stannis in the novel say he has a strong moral code, but can be lured to the dark side if it helps him reclaim his crown as the rightful king of Westeros. Wouldn't Richard be perfect in it?..fits right in as another one of his morally-conflicted, enigmatic personalities?

But, well, RA is a busy man these days and that's wonderful.

Just keep the thought in your friend George's mind, just in case:)

Didn't you consider the chpt that described Melisandre's offspring as having a strong resemblance to Stannis as code for some sort of sexual activity? Although, the fantasy aspect of the saga does make one wonder if it was a divine conception.

I'm still finishing Clash of Kings..enjoy Tyrion & others' chapters but am absolutely borrred beyond belief by Danny's. Making slow progress whenever a dry chapter looms ahead:)

It didn't help that I started The Hobbit as well - enjoying mental image of Richard as Thorin.

I do think there is a sexual relationship, Stannis/Melisandre, but GRRM has not fleshed it out, so to speak (unusual for ASOIAF), though I think other characters comment that they share a tent when on the road - etc. LOL-maybe GRRM is saving for future book?

Glad you said that because I feel the same about Danny's storyline. I could do without it frankly- sacrilege I know!

Must start reading The Hobbit. Now reading rest of the Saxon Stories...can't get audiobooks because I can't accept anyone but RA being Uhtred.