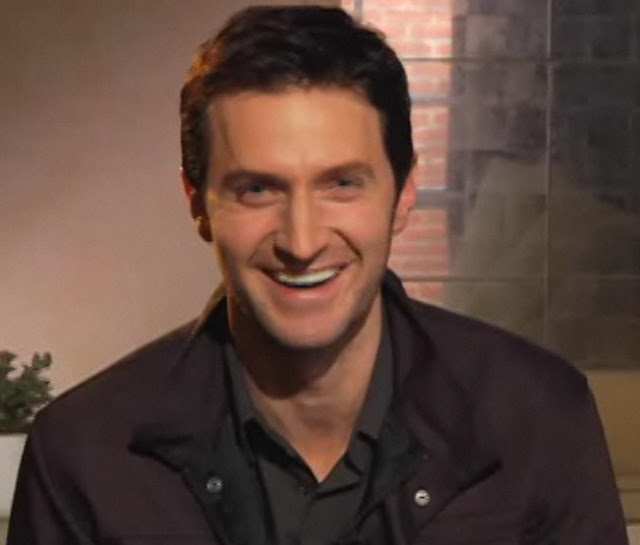 RAnetdotcom: BBC America are showing the 2 Vicar of Dibley episodes back to back co-starring Richard Armitage TODAY at 12pm ET http://www.bbcamerica.com/content/421/index.jsp/
It will re-air on Tues, Dec 21 at 1PM 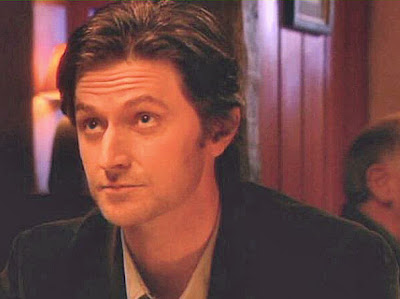 Awesome modern comms:  Retweet the RA.net message re VoD-A, or any other mention of that network,  and your tweet will show on BBC-A's website:  http://www.bbcamerica.com/404.jsp 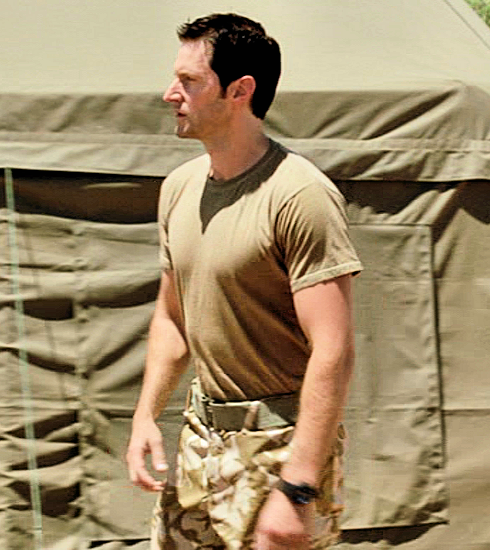 30 designers have submitted wedding gown sketches to Kate Middleton...which of these 3 would you choose?
1. Gucci.. 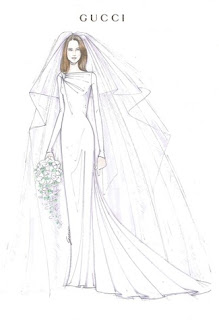 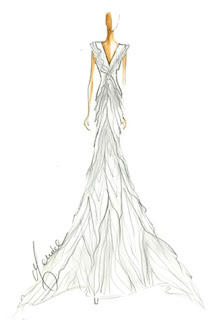 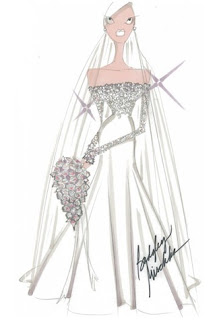 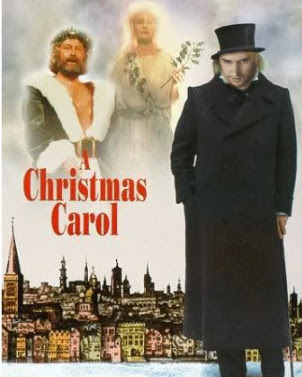 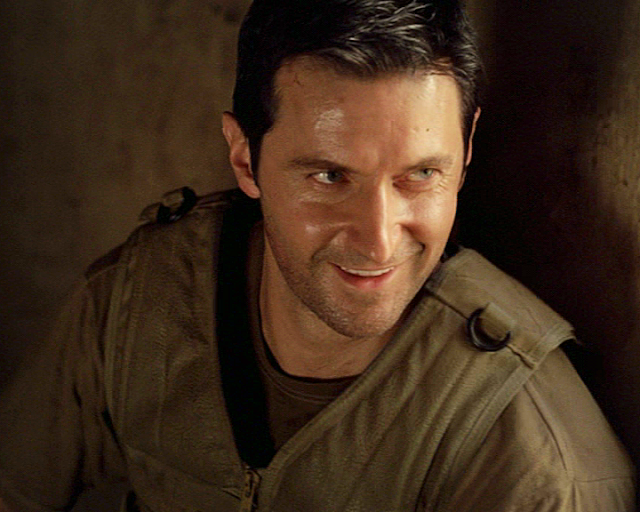 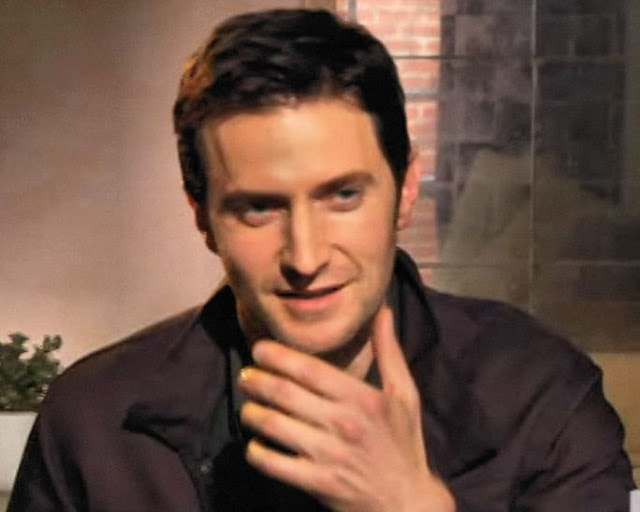 The latest on the WikiWeasel situation - keep in mind under whose government watch this major screw-up occurred.  Political Liberals shouldn't even be trusted with dressing themselves - it's amazing more of them don't get injured in the process:) Would be funny if not so true.  Two more years and then American voters will correct the glaring mistake of  the 12M 'independent' voters who inflicted these incompetents on the rest of us.  Please don't consider being a political moderate in this world the wise way to go.  Not really understanding the radical Marxist/Socialist policies, that come from the left side of the political spectrum, actually results in downright dangerous voters.  They're the people who voted into powerful offices the lame government administrators responsible for granting to an Army private access to top secret documents.  Unbelievable!   Libs are all about pretention and promoting class warfare - the vast majority of them rarely have the valuable practical experience of managing a business.  That type of hands on experience is what translates into effective government managers as well.  If Libs didn't have the class warfare propaganda tool to rile up the less fortunate, they'd never get elected in the first place.
(Apologies for the Fs included w/many wise remarks--Hollywood has wrongfully taught (through example)  many otherwise intelligent people that they can't effectively converse without using LaLaLand's favorite lazy substitution for good dialogue)
Bush Secy of State, Condoleeza Rice, teaches an extremely liberally biased journalist (vast majority of them are exactly that - on both sides of the pond) the facts about Iraq and decisions made at the time.  After Pres Bush's two terms, Condi returned to her position as the Dean of Stanford Univ in California..
Wk 4 of Skating w/Stars - Jonny Moseley flashes a wee bit too much ego for my personal taste..although not nearly as bad as some.  Suppose strident confidence does help when one is expected to lift and throw on ice another human being despite being an amateur at the particular sport:)  His partner deserves the most accolades(for courage) and he acknowledges that fact. This week the music, costumes and their skating skills coalesced into a sparkling performance.  Keep in mind he's an olympic skier - has been ice skating for only 7-8wks.  Of course, she's a pro...
Their Wk 3 skate
Posted by Ricrar at 8:56 PM

BWAAAHahahahaha!!! you're totally cracking me up! I couldn't agree with you more. Some of the stuff coming out of Washington is just making my hair stand on end.

Love that you're putting the skating up... I never get to see any prime time TV because it's The Boy's bedtime. So I get to catch up a little on the fun stuff over here!

And can I just say... oh, how I miss Dick Button doing commentary at "real" skating competitions... the Olympics, Worlds, Nationals, and even the Grand Prix series. He's always so informative. Much of what I know about skating is because of him.

Believe the past couple yrs were a wake up call for millions of American voters, Laura. They had no idea how radically left today's Democrats had moved. Government take over of businesses is an absolute outrage. O was protecting his voting base with that move.

The Independents finally realize what a mistake it was to vote the Dems into power - they've executed an about face politically. Majority of citizens are now hoping Obamacare (which will destroy our stellar medical institutions) will be repealed, and all the other damaging Marxist/socialist programs stuffed down our throats by Lib politicians will be rolled back as well.

Happy to hear you're enjoying the Skating vid. I missed their performance last wk - will take a look at it.

Hope you and yours are enjoying all the holiday activities. If you missed the first showing of Vicar of Dibley, BBCAmerica will show it again on Dec 21 at 1pm.

p.s. The younger male judge, olympic skater Johnny Weir, grew up about 50mi from here. He's very flamboyant - as you probably noticed - he seems like a very nice person, judging from his comments to the contestants.

Yeah, I've seen Johnny Weir skate. He's not my favorite... I think it's because he seemed so into the publicity and the appearance of the Olympics, but when he actually got onto the ice to deliver a performance, he failed miserably (was that at the Olympics, or at Nationals? They're blurring); Lysacek got out there, and got the job done, with conviction.

He (Johnny) seems like an excellent candidate, though, for a judge. Although I've only seen a few of his comments, he seems comfortable and effective there.

Oh, the politics!! My head nearly explodes when I hear them griping about things like reading the bills before they sign them! Well, honestly folks, if I didn't read something at work, and signed it on through? I'd be FIRED!! And those morons all deserve the same treatment. Don't get me started. It's greed and laziness on TOP of the Marxist/Socialist agenda. Dangerous.

I wonder if there's any truth in the speculation that Richard was seen at an ice rink wearing "vans". Thank goodness some kind person explained that "vans" are what you skate with, otherwise I would have continued to imagine him wearing a couple of white transits on his feet!

Funny but another celebrity was seen recently in Altrincham, Cheshire (near where I live) learning to ice skate, do you think Richard may be shaping up for "Skating on Ice"? Although when he would manage to fit it all in (as the actress said to the vicar) is anybody's guess, it usually takes about 3 months to film. Perhaps he could be doing a celebrity ice skating special? (Ooh all that lycra and spangly shirts!!!)

My wife and I separated Last year September, I will agree I wasn't true to myself and her. But i did all I could let her have a good life I did put all my energy into our little family as we have 2 beautiful kids.because I worked As a waiter she didn't really like that for a career, she thought i didn't want to do well in my life. last year as the harsh finance situation hit as we've been suffering with our finance for a while she decided to end our marriage. which i was very devastated!! to lose the love of my life, but a month after separation i went to France for 10days to clear my head. when i got back she wanted me back but she didn't want romantic side of it a month after xmas she told me again that she cant do it anymore as our finance was at lowest. then we made a decision to end it to sort our lives out...but my prayer everyday for her to realize that i am not a loser all i wanted is to do what i could to put food on the table and roof over their head. since the second separation i am qualified football coach and fitness instructor and doing more toward my career but I don't want to get into a relationship with another woman when my wife and I suffered all of this years when my career takes of shes not there to enjoy it with me..I really want her back in my life so i contacted this spell caster Dr Abalaka who now help me to bring her back, we now have a happy family together with my wife. If you want his help you reach him via email at dr.abalaka@outlook.com you are well come!