My two fav, from the following tumblr, just happen to look like mascots (for the white and red roses) in current The White Queen series: 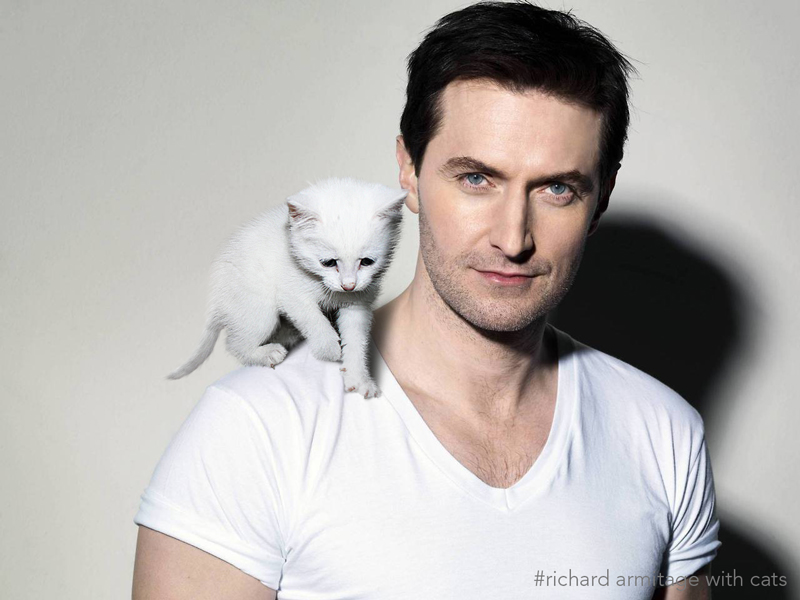 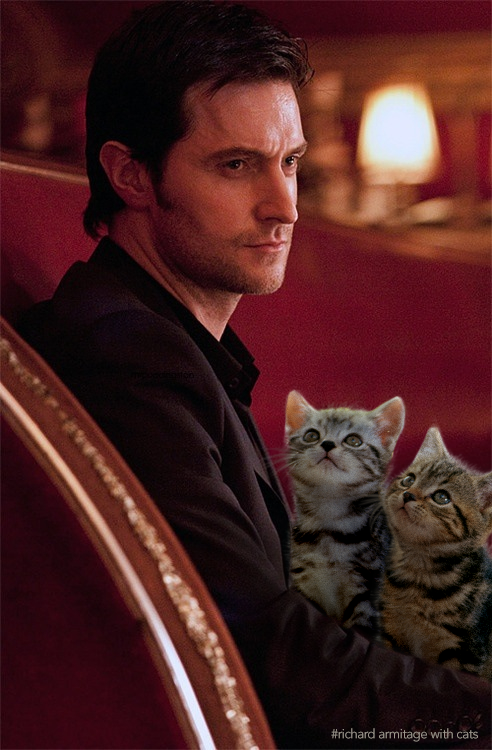 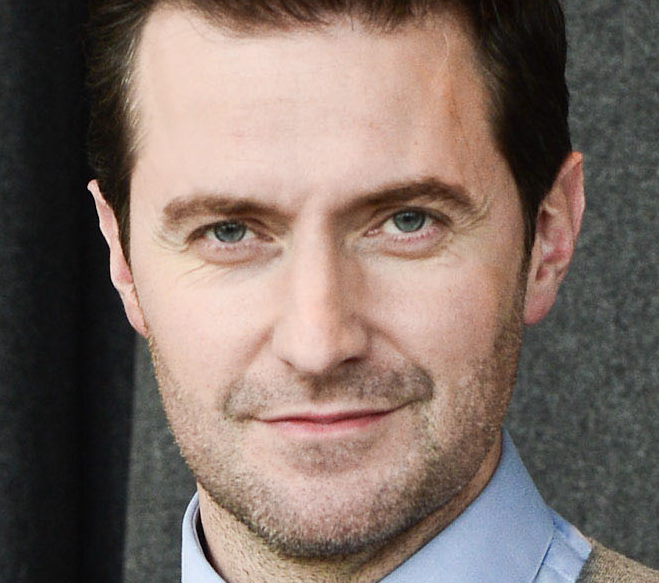 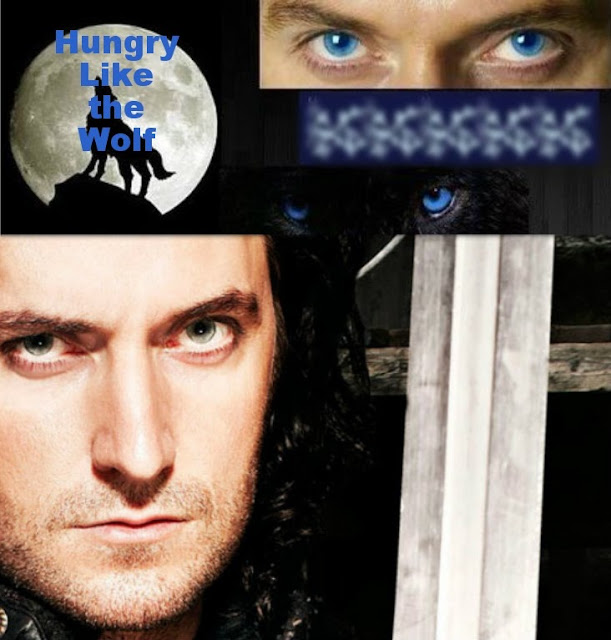 For a guy who doesn't enjoy "twittering..err..tweeting" he certainly does get mentioned quite often in them.  Apparently RA met with someone else within past couple days and she tweeted her followers.  She sounds too young to be a reporter, unless it's some sort of school project? Her tweets:
Today a reporter for Gotham Mag asked RA fans(via tweet) if they had any questions for him. As usual, she was flooded with queries.  Here are her post interview tweets: 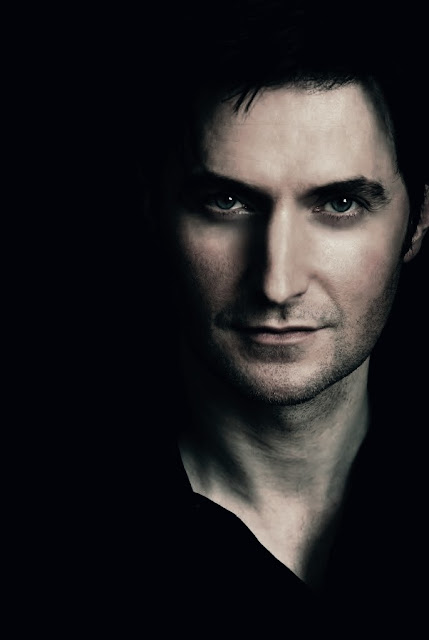 Happy Dance NEWS:  RA original Strike Back will air on Cinemax in a few weeks:
'Strike Back: Origins' http://po.st/d6IYRo

Richard Armitage in the original season of "Strike Back."
Credit: Sky
Every time I write about Cinemax's "Strike Back" returning for another season, I always have to include a footnote explaining that the show aired for a year in the UK with an entirely different cast, headed by Richard Armitageand future "The Walking Dead" star Andrew Lincoln. Armitage's John Porter appears briefly at the start of the Cinemax/Sky co-produced version of the show, but Cinemax has largely treated its episodes as the start of the series, while British audiences know the series predates Philip Winchester, Sullivan Stapleton and company.

Shortly season 3 of the best weekly tv series - Person of Interest - will premiere.  Here's the hero star: Jim Caviezel(on left below) as Reese.  He and John Porter have much in common.  They're both determined to protect innocents from ruthless bullies: 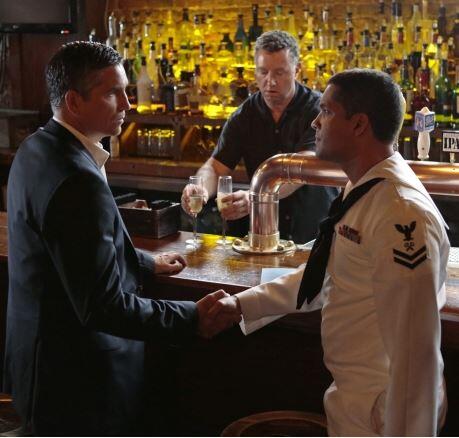 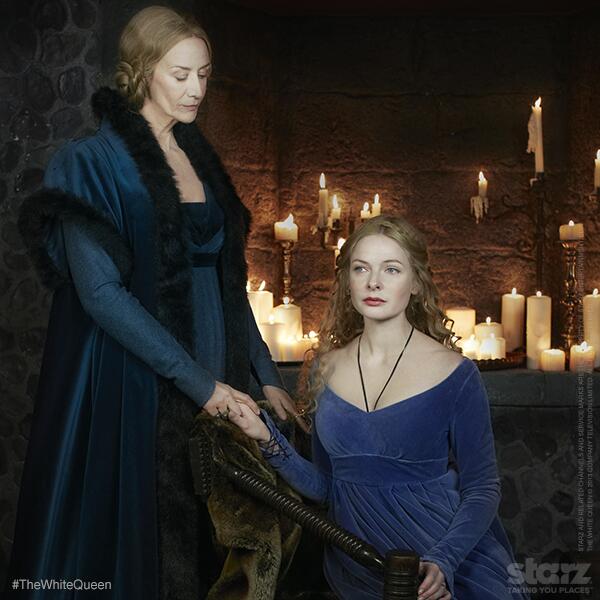 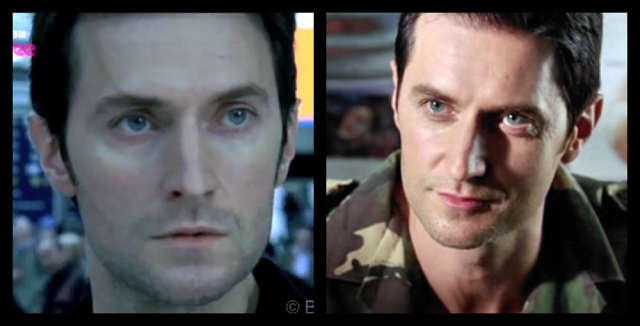 Guy of Gisborne will visit our living rooms(Sept 22, INSP, Sun evenings) a few weeks prior to John Porter(Oct 25, Cinemax).  Here's an interview with the designer of Guy of Gisborne's leathers:
http://allthingsrarmitage.blogspot.com/2010/01/interview-wrobin-hood-costume-designer.html

Update! Yet another reason to celebrate - Starz channel has started filming a new 14ep series titled 'Outlander' based on the Diana Gabaldon books.  This particular premium tv channel has learned the secret to success--keep producing historic drama, one after the other, and they shall come!;)
*****
Do Lucas' tatts read "Send chocolate donuts please!!!!" 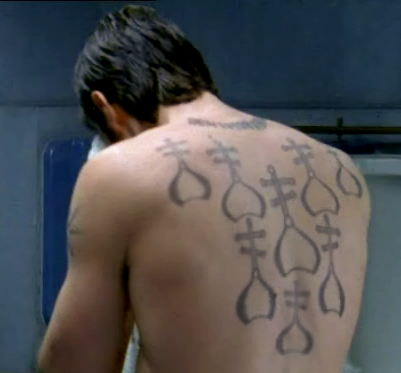 Sooooooo excited about the original Strike Back coming to Cinemax!!! Enfin!

I shamelessly promoted RA today to Queen Latifa's Facebook page. She she was asking for input about another actor, who she was planning to interview. I like this other actor, too, and said so, but asked her to PLEEEEEEEASE interview Richard Armitage!!!!!! Maybe she will!! :) :) :)

Lots of gReAt start dates coming up Cleo. Believe Sir Guy arr Sept 22, then Porter follows the new Strike Back season on Cinemax. Dec 13 or is it 14? for Thorin and hopefully not long after Into the Storm. Joining in the happy dance above to celebrate;D

Hi, Ricrar! According to IMDB and Fandango, Desolation of Smaug is being released on December 13th. Is the official opening a different day? Either way, when it comes to a theatre near me, I will be there! :) :)

So excited about Robin Hood and original Strike Back on US soil!!! Love the Happy Feet video. Seems, somehow, apropos!

Dec 13 - thanks Cleo. Will be there to see thundering Thorin doing his thing.

Which Guy series 1 fanvids are your fav?? I'll post above in near future - Guy Sundays are less than 2wks away. Hooray!

Hi, Ricrar! I think I sent you one RH trailer for season 3, which was my favorite of all the ones I found. It was a BBC trailer and was very action packed and dramatic. And, of course, it featured our fearless hero (or anti-hero, possibly, for RH -- although you know my feelings about Sir Guy). There's also one for seasons 1 and 2 combined that was exactly the opposite -- super slow, quiet, contemplative. Very interesting juxtaposition. Both BBC trailers. I haven't found any for season one that I like, unless we're talking about purely RA fanvids. In that case, I'll always go for the Kings of Leon-Sir Guy fanvid, any day. He is on FIRE.

Speaking of which, I hope our fearless hero is getting a well-earned respite (!!!!!) even as we fans plan/dream all his newest appearances for us (Poldark, etc.). Cheers, Ricrar!