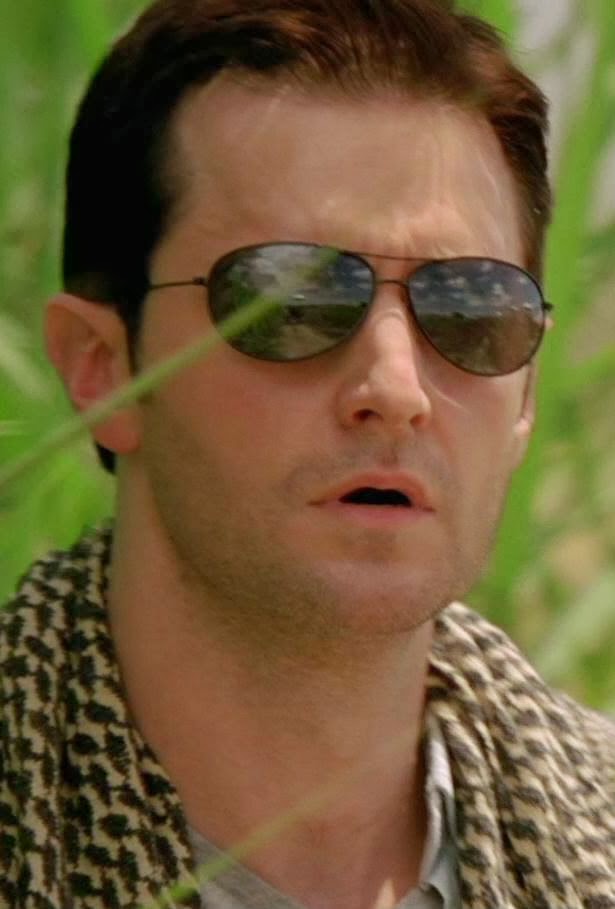 Just discovered the following gem.  It's extremely appropriate for the US Marines to focus on The Hobbit, a British cultural icon.  Relevant websites explaining the history of founding of the US Marine Corps will follow as well..
http://www.usmarinesbirthplace.com/United-States-Marines-facts.html
Excerpt from above website:
ROOTS OF THE U.S. MARINES:
The United States Marine Corps can trace its heritage the British Royal Marines. Although the current ranks of the Royal Marines number quite small compared to today's US Marines (7,000 vs. 175,000), both Corps of Marines have stood side by side in conflicts around the globe and maintain their close ties...During the war of 1812 with England, the British burned nearly every public building in Washington, D.C. (including the White House and the Capital). The Marine Barracks were spared the burning out of respect. (haha..never heard last fact until today)
http://www.globalsecurity.org/military/agency/usmc/history.htm 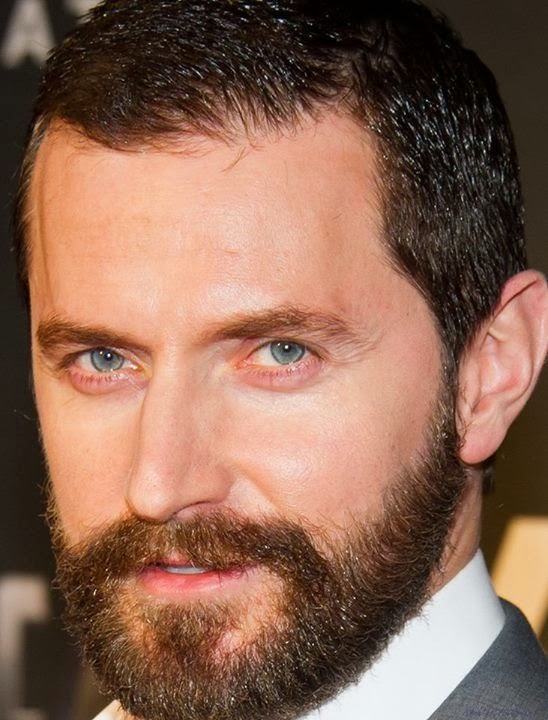 One of the actors playing opposite RA in Black Sky/Into the Storm made this comment:
Nathan Kress speaking about working with Richard Armitage.
"…his voice, is what was most challenging to me.  …He’s yelling the entire time in the movie, telling people to go from place to place, which was very kind of scary for me, because I was being ordered around by a dwarf king.”
#BLACKSKY 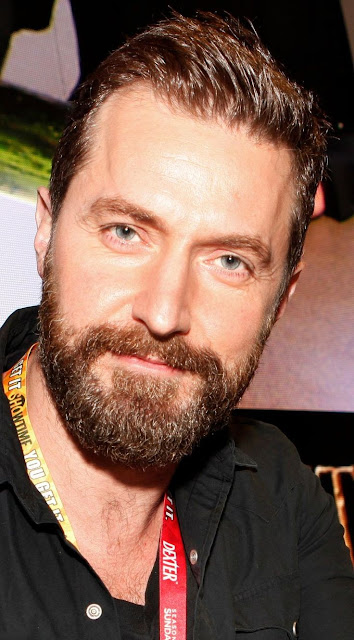 Behind the scenes photo of RA from his upcoming tornado film(you'll need to use the magnifier:) 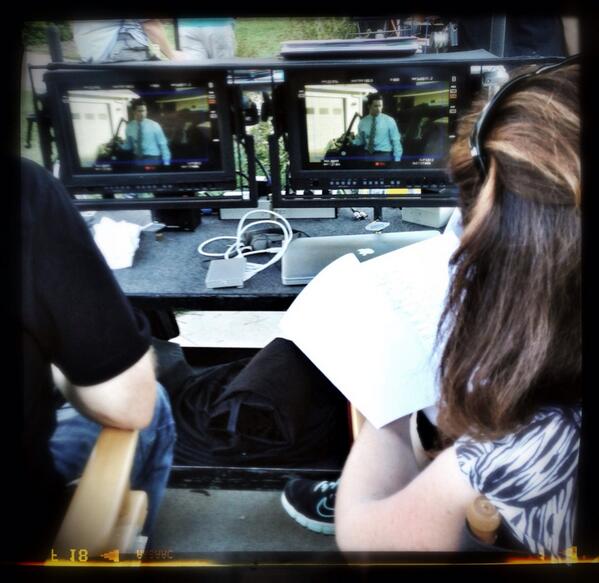 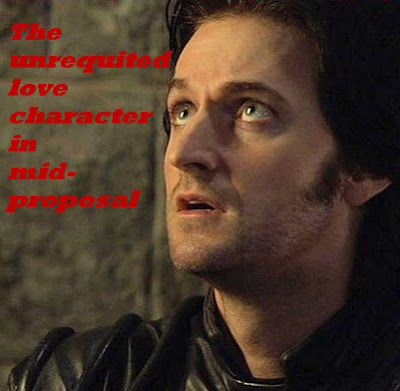 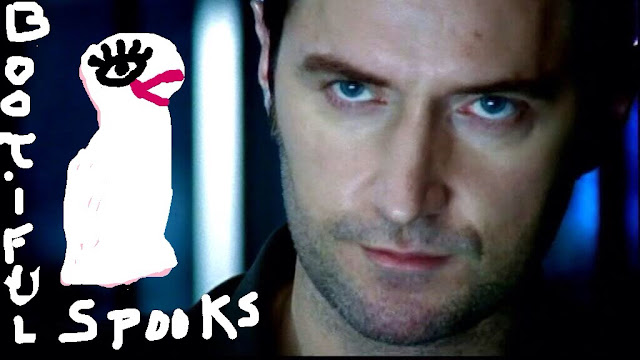 Evening, Ricrar! Thank you so much for posting the "Amazing" fanvid!

LOVE that first photo. Is it recent?

As for John Porter or Sir Guy as most sentimental -- well, I think it must be Sir Guy, of course! Who else?? :) :) I do love John Porter. No offense or anything. I am really looking forward to Strike Back!!! :) :) And Sir Guy Sundays begin this weekend! We're going from total-RA-deprivation to RA overload. Wa-hoo!!

So when is opening night for Into the Storm? I saw a post about it on twitter, but no date! What's that all about? :) :)

Sir Guy more sentimental than John Porter?? hmmmm, on what do you base your impression? Neither one of them strike me as particularly sensitive men, in the same way as John Standring or Harry Kennedy. I suppose that's why the poll seemed like a good idea.

Guy was definitely determined to somehow manage to get the woman of his dreams into his firm grip, while Porter seemed non-commital when it came to Lanni. I suppose that would give Guy the advantage, despite the fact he ultimately decided he'd simply rape her and thereby give her no choice but to marry him--ah love! haha

Well, Ricrar. You force me to explain myself! :) :) How do I mean, sentimental, in Sir Guy's case. I think my impression is based not upon what one might traditionally think of as a "sensitive guy," but, a rather classic form of male hiding of a more deeply felt emotion behind a veil of brooding or anger. ....Am I convincing?

I just like the guy. No excuses. And, no pun intended.

I see what you mean, he had sincere feeling for Marian although he tried to hide them under a gruff, growling yet sizzling veneer.

Hi, Ricrar! I missed you comment about Guy and rape...I don't remember him raping Marian. Really? I remember him killing her, of course ... but I couldn't stand her by then! She kept playing him for power...not a fan of that. I just think Sir Guy is one of these misunderstood heroes who was deeply feeling, had everything taken away from him as a child (parents, lands), and stood for order in the face of chaos. Couldn't help but empathize with him -- although, I must admit, until his episodes with Meg, I was holding off judgment regarding his ultimate character..... Still. He was HOT.

Hope you're having a love week, Ricrar. Cheers!

Point of the 1000 yr old legend of Robin Hood is that the sheriff and his henchmen were abusing their offices and the common folk including minor people of status such as Marian and her father.

The sheriff and Guy were the baddies and Marian as the Nightwatchman was trying to help the common folk as best she could whenever the sheriff imposed some injustice on them.

Yes, Guy of Gisborne as played by Richard is a sexy baddie, but he's the evildoer nonetheless. As we both know, good looks do not translate to never doing wrong. I admit Guy is a hot, hunky man in all that leather, as he struts down castle halls, but he and the sheriff are still the villains of the piece.

As for the reference to Guy and rape - do you remember in ep 12 of Series 2, when the sheriff asked him what he planned to do about Marian, Guysie answered to the effect "I've decided to rape her and then she'll be forced to marry me." He might've used the words force myself on her but his intentions were clear.

Too bad the writers didn't have G & M marry for at least part of series 3 and then have Robin woo her back. The writers knew all along that Marian had to end up with Robin Hood because otherwise they'd be playing with a 1000yr old cultural legend.

Evening, Ricrar! Oh, well. Consider me appropriately chastised for loving Sir Guy anyway -- as played by Richard Armitage. I am not a fan of bad boys; can't stomach them. But he is SO AWESOME. I just can't help it! :) :) I am ruining the story completely in my justifications of Sir Guy. I can see that. I do comfort myself that he was the Deputy -- not the Sheriff. Hee, hee.

I got the MOST WONDERFUL surprise in the mail today! An autographed photo of our elegant hero himself!!! I just love that he sends fans autographs if they request it. Just amazing. What a total sweetheart. My daughter was suitably impressed! (That's hard to manage around this age bracket.....) Please tell him thank you!!!!

Love the "Rock You Like A Hurricane" fanvid. Shared it on my facebook....trying to get my friends to go see the Hobbit :).

I will try to keep in mind the integrity of the Robin Hood story, Ricrar...even as I dream of Sir Guy's long locks! Cheers!!