Richard Armitage:See Mirror Link re Group's Endorsement of RA for Role + "Fleeting Nudity in The Hobbit"(Not necessarily Thorin altho hope springs eternal:) See onering link)..Feeling our chain is being rattled but it's too delish not to play along;D + David Garrett as Paganini 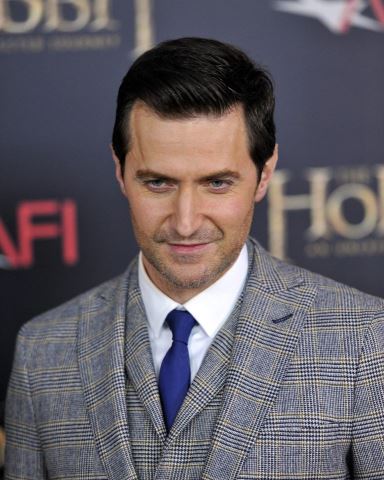 RA News: http://www.mirror.co.uk/tv/tv-news/poldark-fans-want-richard-armitage-1962515#.UcFC947IOkM.twitter
Poldark fans want Richard Armitage to play lead in BBC remake
Only one actor is right to play the lead role in the £10million remake of 70s drama Poldark, fans say.
The Poldark Appreciation Society want BBC bosses to sign up North and South hunk Richard Armitage, 41.
The 500 members – fans of the Winston Graham novels set in 18th century Cornwall – took a vote.
Armitage — Lucas North in TV’s Spooks and Thorin Oakenshield in The Hobbit movies — was the clear winner to take on Robin Ellis’s role as Ross Poldark.
Society founder Val Adams said: “I knew Winston Graham for more than 20 years and I am convinced he would approve of Richard wholeheartedly.”
The BBC may want to take heed – when ITV cast John Bowe as Ross for an attempted re-make in 1996, the Society marched through the streets in protest and the show was an expensive disaster.
Val added: “The ITV fiasco was a flop which could have been avoided if they had listened to the people that know Poldark inside out.
“A new series of Poldark is long overdue and if done correctly should be a massive hit.”
The six-part romantic saga, adapted from the novels of Winston Graham, will return on BBC1 next year.
The Society would also like to see Bill Bailey as Jud Paynter, Pam Ferris as Prudie, Ciaran Hinds as Warleggan and EastEnders actress Jo Joyner as Poldark’s true love Elizabeth.
They were unable to decide who should land the role of Poldark’s wife Demelza, played in the original by the late Angharad Rees.
Set in late 18th century Cornwall, the story tells how dashing Captain Ross Poldark returns to his estate from war, looking forward to a reunion with his family and love of his life Elizabeth.
Instead he discovers his father has died, his home in ruin and overrun by drunken servants, and Elizabeth, believing him to be dead, betrothed to his cousin.
Poldark marries urchin Demelza after getting her pregnant, but his love for Elizabeth never dies.
The 29-episode 70s series was one of the most successful ever British television adaptations and was sold to more than 40 countries around the world.
The original cast from 1975 included Pirates of the Caribbean star Kevin McNally as the brother of Poldark’s wife, Christopher Biggins as a nasty vicar and Trudi Styler as a bad girl.
Casting for the new series will begin shortly. 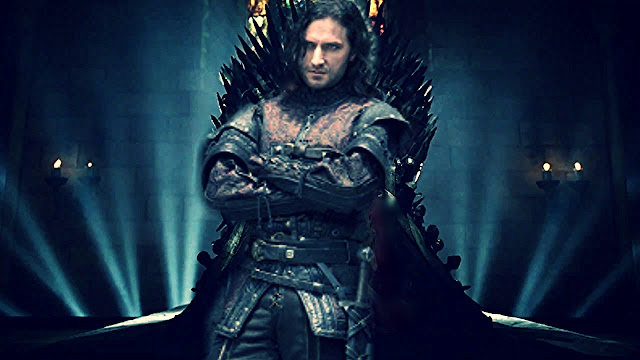 Here are a few tv critics suggestions for the CW's upcoming new series 'Reign' about teen Mary Queen of Scots:
Furlong: DVR It - This modern twist on a classic story of sex, betrayal and the price that comes with privilege is elevated by the delightful leading lady, Adelaide Kane. The best part: You'll know within five minutes if this is your thing or not.
Etkin: DVR It - I had no expectations of liking this show, but I really did. It offers that "Game of Thrones"-esque grandeur, but with typical younger generation drama thrown in for Mary and her friends.. Plus, I'd tune in just to see the clothes..,
Weingus: Watch It - Not only was it a breath of fresh air to have a drama not set in the future in the 2013-2014 lineup, but "Reign" really, well, reigned me in. There was a bunch of sex, angst and broken hearts. A recipe for success! 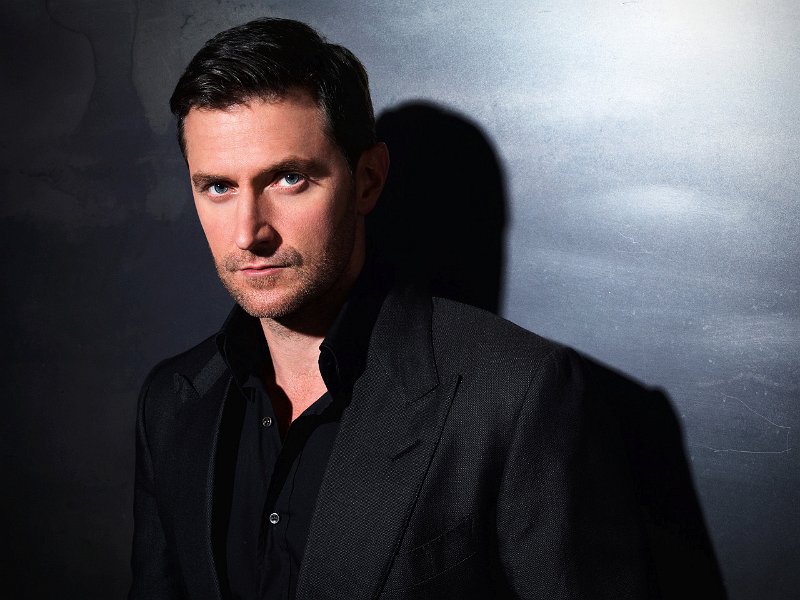 The onering website(source for all things The Hobbit) posted a recent article describing the possible scene referred to in movie 2's rating as "fleeting nudity"..hopefully it's not Gollum again. haha Altho, after Thorin he is my fav.
http://www.theonering.net/torwp/2013/06/14/73576-an-unexpected-journey-extended-edition-given-rating/ 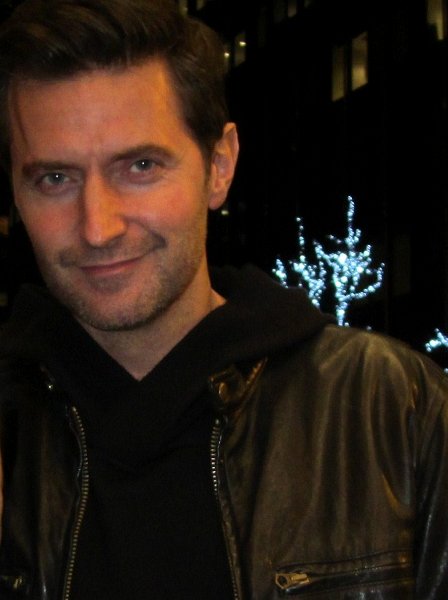 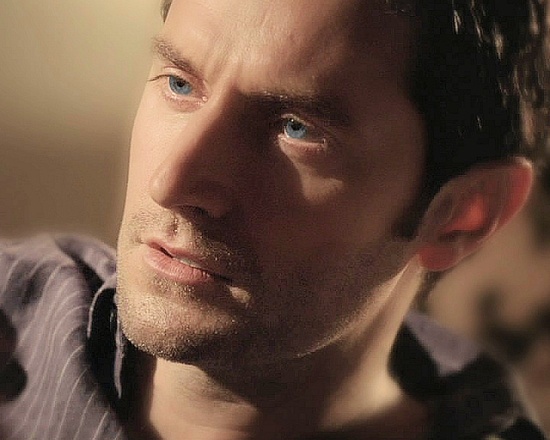 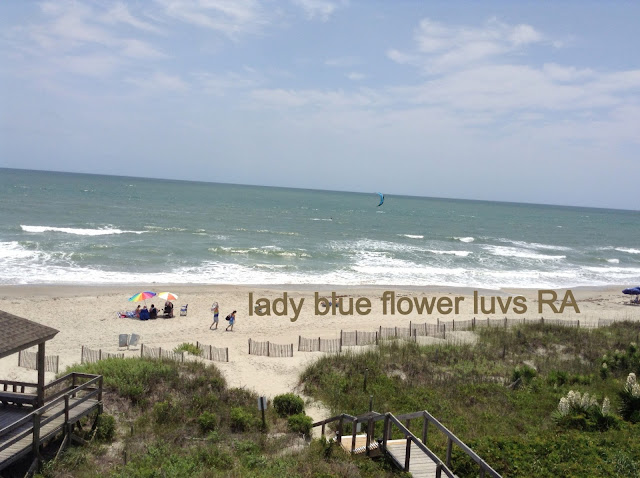 History of the World in Two Hours:
An RA fan on twitter said her very favorite period of history is the time of knightly chivalry.  Just posted this to her asking if Richard is being knighted or beheaded:) 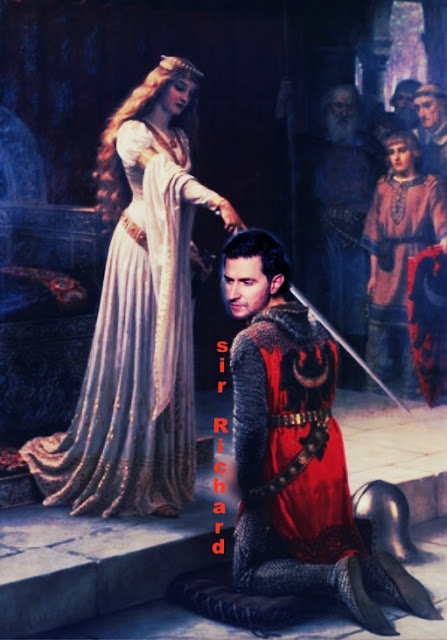 David as Paganini reminds me of...(see movie clips playing in vid below) 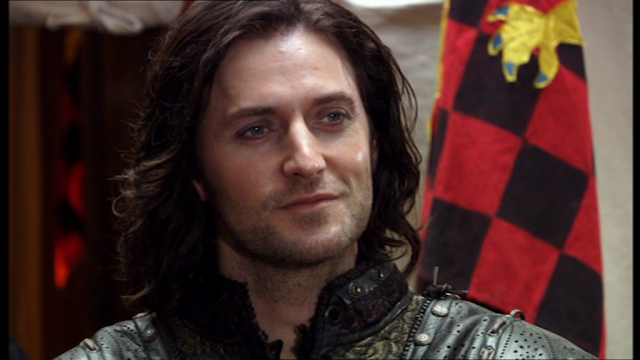 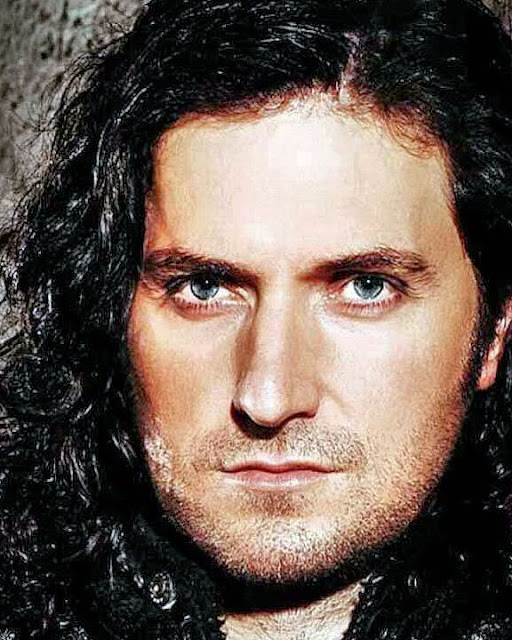 Cleo, your poll is up. I even voted for Miami. If they choose it, you can put me up for a few days. *chuckles*;)

I've been out sick again. Definitely annoying. I hope you have a great week at the beach!!

Let it be Miami! I hope they choose South Beach. I know everyone else only hears MTV's version of South Beach, but if you're from Florida, it's just a cool piece of history -- with really great Cuban coffee :) :). So much fun energy (until Spring Break or MTV arrives -- then you have to get out of town). Fun piece of Old Florida with a fair bit of Caribbean all wrapped up in one. I hope they do it there!!!

P.S. Ricrar, somehow I completely didn't notice the part about putting you up for a few days. OF COURSE you are welcomed to stay with us! We can introduce you to the ponies! :) :)

Fleeting nudity? Richard in a fat suit or without do you think? I think it may well be Gollum, alas.

The debate on who should play Ross Poldark in a remake of the Poldark series goes on. Very interesting it is too!

Hi Cleo and Sue, How are the two of you doing today?

I am absolutely thrilled to see the UK newspaper article stating that the large Poldark fan group has endorsed Richard for that upcoming BBC role.

Question of the day is Will He accept the role *when* offered?:) I say Yes! It would be sublime to return to the days when we had a new tv episode to look forward to each week.

Didn't RA say in at least one of The Hobbit interviews that he wasn't adverse to returning to TV? *fingers, toes, eyes crossed with hopes that blissful dReAm does come true*

Hello, Ricrar! Doing just fine, thank you. How was the beach??

Oh, wouldn't that just be amazing to have RA in a TV series again. I might turn on the TV again!!

I did recently peruse Monarch of the Glen. He would be great in something like that, although I still think War and Peace would be perfect for him -- especially as a serial! He's got the whole Russian aristocrat thing down!

Poldark would certainly work for me, too :) :) Please let them play it in the US immediately!!!!!

P.S. Who is "Lady Blue Flower"? Jealousy strikes the hearts of fangurls all over RA fandom! Did you know there was a Blue Lotus in Hindi mythology? Perhaps it comes from there???...... :)

Cleo, Lady Blue Flower is a twitter follower. She's head over heels for Richard - her virtual knight in shining armor. Promised to write "LBF luvs RA" in the sand for her.

I think Richard as Ross Poldark may very well be a done deal. I really can't think of any other actor who could do it justice. It was a great series, my mum loved it, never missed an episode, but very tame by todays standards (I think that may well change with the new makeover). Richard will have to practice the Cornish dialect, which will be no mean feat. (Although I don't remember Robin Ellis sounding particularly Cornish, perhaps the odd trace of an accent).

I believe Richard could give Ross a deeper insight into the complex character, something which I feel was missing in the original series. If it's a hit, there will certainly be enough material to make plenty more episodes.

Since the Sky TV channel started making dramas, paying big money to coax well known actors over to the dark side, the snobbery between actors who concentrate on TV work as opposed to those that star in movies seems to disappeared. Plenty of actors seem to hop from the TV to movies and back again, without the slightest eyebrow being raised. Quite right too!

Well Sue, I certainly hope you are correct that the Poldark role is a done deal for Richard. Why do you sound so positive about it? Do you suspect the fan group had some inside information when they endorsed him for the role?

If you don't mind, I'll move your comment to the latest post where I've posted Winston Graham's description of Ross Poldark. Interesting that he walks with a limp and has a facial scar - no doubt both injuries were suffered during his military career.

IMO, Richard would be pleased with both those characteristics. He's always expressed a strong wish to play characters with physical disabilities. Remember when he said he'd be thrilled to play someone who's face is terribly disfigured. If you are right, and he accepts the role, hopefully the scar will be minimal.

I'm at the beginning of book #1 - Ross has just learned(with numbing heartbreak)that the woman he pined for while away, Elizabeth, is engaged to his cousin and plans to marry within the month.

Hope did spring again when I read the article about the Poldark fans mentioning RA as their first choice for the role. Geo Martin's 4th book in Game of Throne's series was set down so quickly it could make your head spin, as Winston Graham's first novel was downloading to my kindle;D