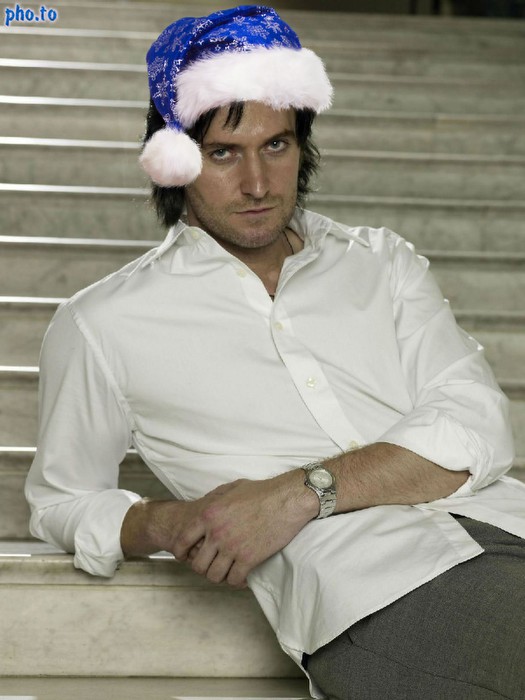 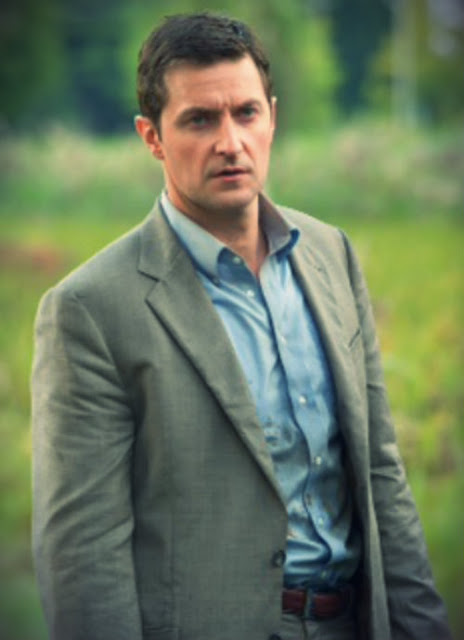 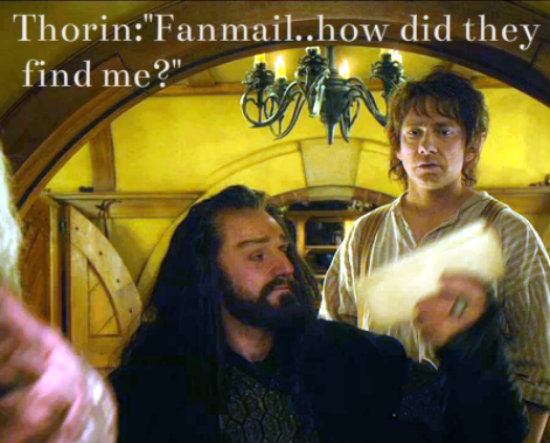 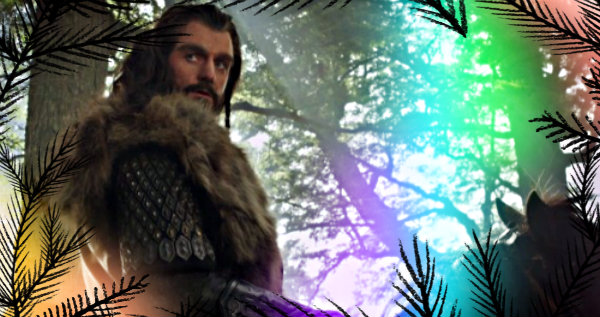 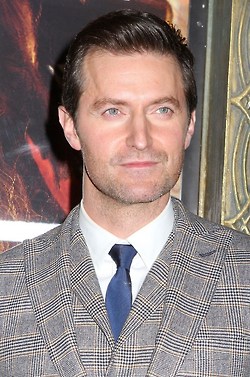 Today's Hobbit Journey:
Just returned after an early birthday celebration with my two fav men in the world and was thrilled to see headlines that 'The Hobbit:An unexpected Journey' is already setting boxoffice records for an opening weekend.  We viewed it today in a cineplex where it was scheduled to air both in regular 24fps and the ground-breaking 48fps. There were at least half-dozen  different starting times for the almost 3hr film. Actually, the first 20min were previews of upcoming movies for what seemed like all of 2013. They were mostly wall to wall sci-fi films.

Whenever Richard/Thorin wasn't onscreen, I was tuned into any detectable  reaction from hubs on one side and our son on the other.  In the middle of the dwarves food-throwing fest, J the younger leaned toward me and whispered "reminds me of your family's Christmas parties." hahaha He has his dad's wonderful sense of humor.

RA's entrance is very impressive - he commands attention as someone who doesn't suffer fools lightly. Won't go into anymore details on that score, as many fans have not yet had the opportunity to see the film.

After the camera panned Rivendell for the first time, it was hubs turn to lower his head and under his breath utter "that's really beautiful"(he's enjoyed photography as a hobby since teen years)

He's watched all RA's tv series with me beginning with North and South right up to John Porter.  I'd already told him that RA would be playing Thorin.  After the first scene, J the father said "so the dwarf leader was Lucas North in Spooks--would never have known him, if you didn't mention it."
Both clearly enjoyed Gollum and other humorous moments.

Movie ends and we adjourn to nearby restaurant for second breakfast;D They agreed that Richard gave a  fine performance as a strong, courageous leader.

Then I asked them to rate the film with 1 as worst film they'd ever seen and 10 the best. One gave it 8, the other 8.5 while I give it a 9 (rationale: only a movie with heart-melting romance rates a 10 in my world:) although epic historic films have often garnered that high mark as well from me.  Believe the fact I knew going in so much of the background of making the film served to make it more enjoyable than if I'd entered cold - which was pretty much my companions experience. J the younger said he had watched only the first LOTR movie and he found The Hobbit to be a far better film, "very well done" and "looking forward to the next one." 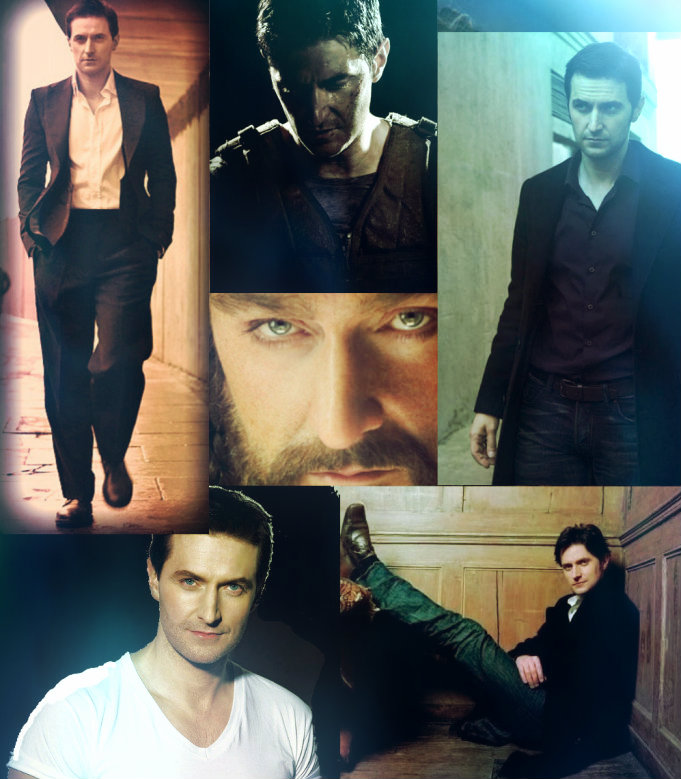 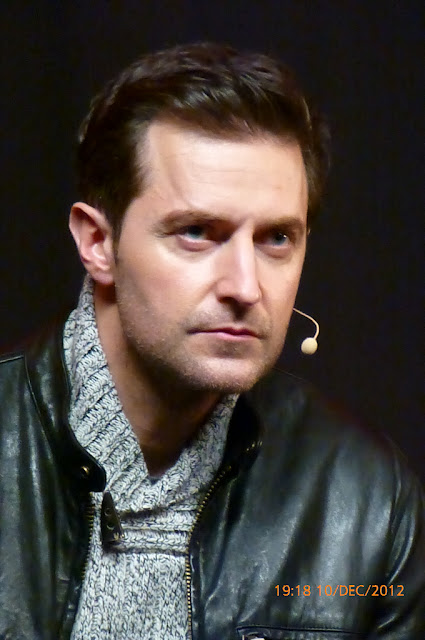 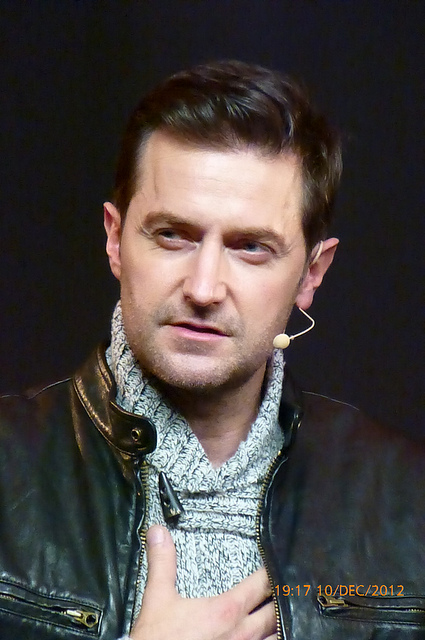