Thorough history of the N&S mill locations,  plus numerous comparison photos are available at
http://www.richardarmitageonline.com/north-and-south/north-south-locations-mills.html

Amazingly, for a split second, as Margaret entered Marlborough Mills gate for the first time, the true location was visible... 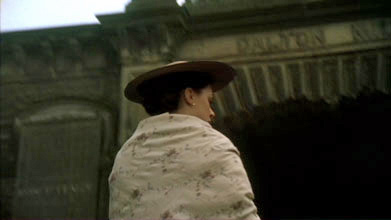 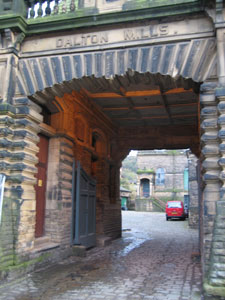 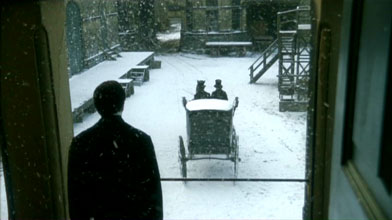 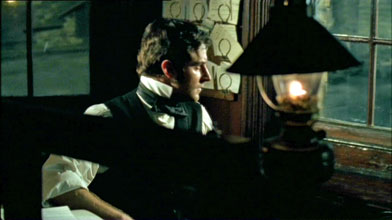 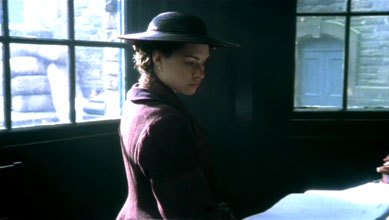 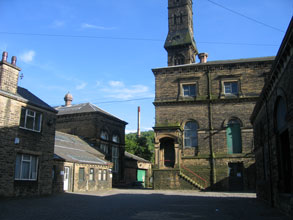 DALTON MILL: Today - Jan 3 - online article and aftermath photos of damage to the mill.  Not certain, but it appears from these pics to not be the side of the sprawling complex used in the above N&S scenes...
http://www.thetelegraphandargus.co.uk/news/8766380.Arson_probe_as_historic_mill_wrecked_in_massive_blaze/ 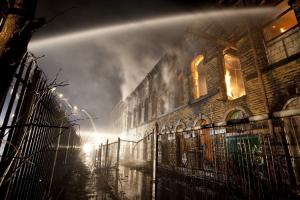 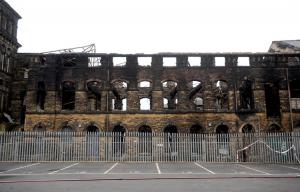 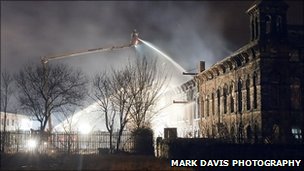 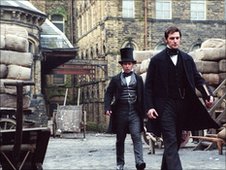 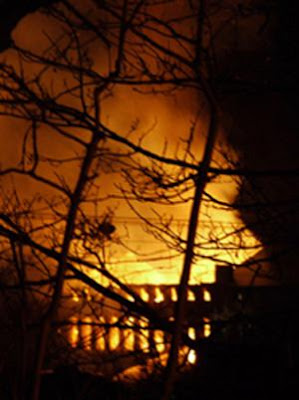 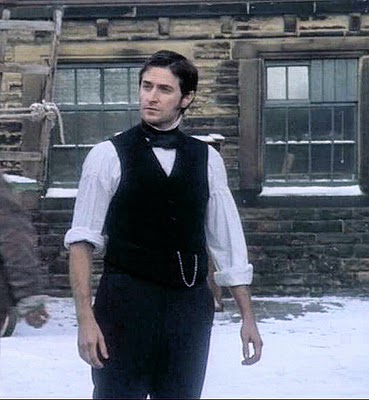 Very sad indeed. Wonder if the charming entrance, used so often in mill scenes, was damaged?

Found it interesting that one of the newspaper articles was published on Dec 10. The fact the mill was unoccupied is mentioned. Perhaps vagrants or teens broke in and started some sort of fire to keep warm. Seems as though it's too much coincidence that the article was printed within days of the conflagration. Then again, how many layabouts read the daily newspaper:)

The structure looks sprawling & enormous, so if the section burned is nondescript warehouse type floors - possibly the loss is not quite as serious as it seems at first glance. If it's the manager's office along side front gate or the building inferred to be the Thornton residence, that would really be a great loss, wouldn't it:(


Apparently all interior mill shots were done in a different mill location.

Musa - the robe pic below is from BTS. Paul is at the breakfast table with his daughter looking very stressed - with good reason. I'm about to add another photo of the same scene in the post below.

Hard to tell from the photos the extent of the damage.

I seem to remember the other mill they used is a museum.

Lots of mills in the north of England have undergone revamps and are now luxury apartments. They look lovely actually, and have lots of character, much better than the modern apartments that often remind me of cardboard boxes stacked on top of each other. Horrible!

Actually many of the weaving equipment in mills was sold off for scrap after the second world war and much of it made it's way to India and Asia remarkably.

That's interesting about the fate of the mills, Sue. It would mean a great deal to me to live somewhere with that much history. Half the furniture in our home belonged to parents/grdparents--really value a desk or bedroom dresser more when it has a story to tell, so to speak.

Have you heard anything about the extent of the fire damage to Dalton Mills? Still hoping the areas used for N&S scenes escaped intact.