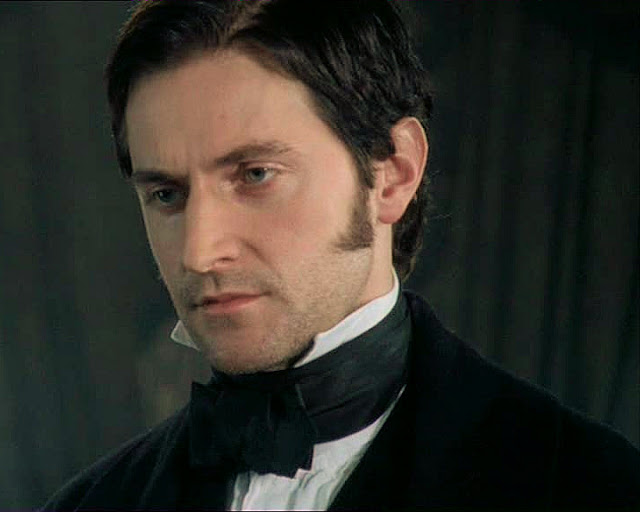 Dec 2004:
http://icnewcastle.icnetwork.co.uk/0300entertainment/showbiz/tm_objectid=14948253&method=full&siteid=50081&headline=stepping-out-of-the-shadows-name_page.html
[Is it the first squeeing, swooning women report?] Excerpts:
--Other fans are more risque still - it seems that all red blooded women want to talk about is the man playing handsome and charismatic mill owner John Thornton in North and South, the BBC's adaptation of Elizabeth Gaskell's tale of riots and romance in a mid-Victorian cotton town.

"Oh God," he says. "Are they really saying all that? I have made a point of not reading any reviews. My experience making North and South was so good I don't want it tainted.

"I don't know what to say. I will read it all eventually, but I think I'd better wait until the fuss dies down."

Richard, 33, has certainly struck a chord as Thornton.

--And while there are elements of Richard's character in Thornton, he says: "He isn't me."

But he adds: "I can see his appeal for women. He is courageous. He has suffered great tragedy in his life and kept his family together…

"But during the course of the story his layers get peeled back and he reveals somebody else inside who is actually quite sensitive and lonely. He needs a lot and he finds it through Margaret.

"That dichotomy between the powerful..entrepreneur and this kind of vulnerable boy is really exciting to look at."

Like many in his profession Richard has had to wait many years for his big break, and isn't about to get carried away by his newfound fame. North and South represents the actor's biggest role to date - and a part he desperately wanted to get. "I just couldn't get this part out of my head and I kept reading the book. I tortured myself with thinking I hadn't got the part.

"I was one of the first people they saw - and one of the last. They went off in all sorts of directions looking for the character but then it came back around and they decided to go with me, which was great."

--There is also his family background. "My father is from Leeds, and my mother is from the south.

"My father's family were weavers and spinners. It is where I came from and it was exciting to think I could be a part of it.

"I've also worked in the North a lot, more than anywhere else. My mill was in Keighley where I really found the character."

He was exhaustive in his research of Thornton's character..

He was also keen to portray Thornton as authentically as possible. "We found an accent which was not a modern city accent, or a country accent. It was old-fashioned, but still an industrial accent."

His own accent couldn't be further removed from Thornton's. A graduate of the London Academy of Music and Dramatic Art, Richard's can best be described as nondescript Southern.

His speech is peppered with jokes and little asides. He seems to enjoy being interviewed but it is a relatively new experience. While he has rarely been short of work he says: "Most of my roles have tended to be contrasting. I'm sort of there in the background."

He is unlikely to remain in the background now. 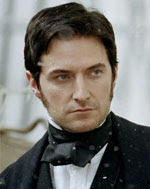 http://www.independent.co.uk/arts-entertainment/films/features/love-in-a-cold-climate-535653.html
Excerpts:   Back in Keighley, Denby-Ashe prepares for her next scene with Thornton, played by the little-known Richard Armitage. The chemistry between the two will be key to the drama's success, but the young actors appear unfazed by the challenge. "As soon as I saw Richard, I knew he was Thornton," Denby-Ashe says. "Just in the way he holds himself, he has a real presence."

Armitage feels equally confident of the pair's compatibility, "Something great happened when I read with Daniela. Something clicked. There are only four scenes in the whole drama when Margaret and John are actually alone together, and that heightens the tension between them. It's a wonderfully antagonistic relationship, and a real meeting of minds as well." 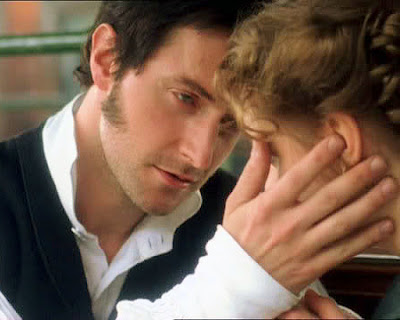 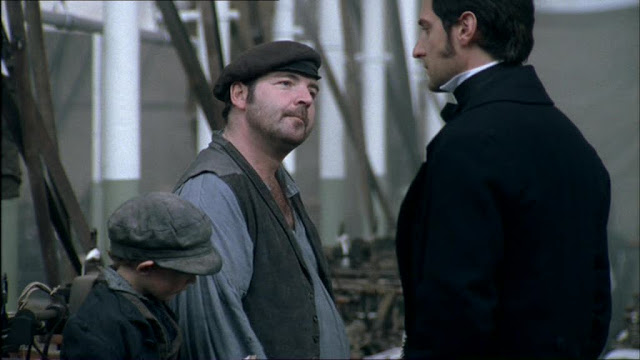 ****
What might RA have been thinking with these two 'laying on of the hand' poses?..perhaps

1.  'This house is quite old - had better give some support to this wall until he snaps the pic'.. 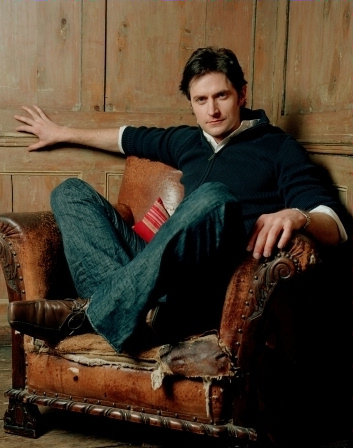 2. 'No, of course not - nothing Napoleonic about it' 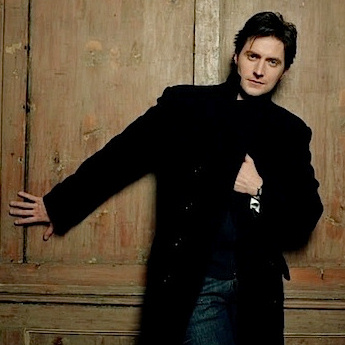 Have to hand it to him (pun intended:) - he always manages to catch our attention, doesn't he.. 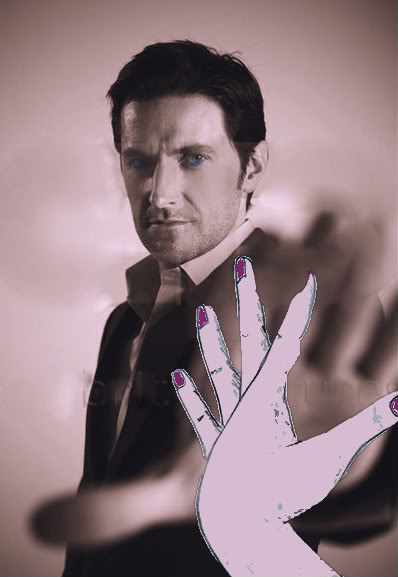 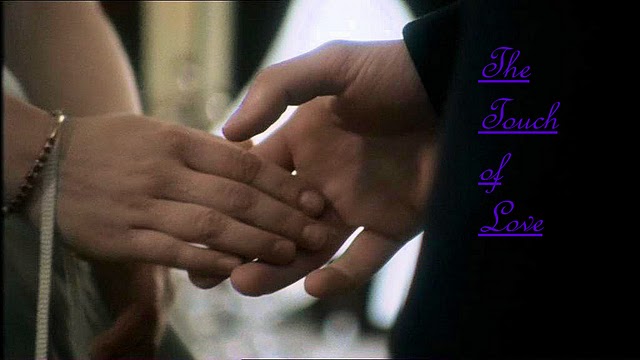 A toast to all RA's interesting, intense and 'hand'some characters -- forward march to MiddleEarth;) 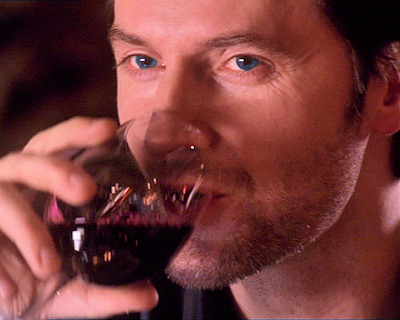 RACentral today posted on youtube the following bbcA interview with RA during the Robin Hood series...

This poll really makes it hard for me to decide, Ricrar. I like both pictures very much. Which one should I choose. Can't I vote for both?
Thank you for this lovely poll ;o)

Very happy you're enjoying the 'hand' poll CD;) Didn't realize until recently that RA used his hand in this fashion twice on the same photo shoot. Will add our response to another 'hand' gesture of his in a more recent shoot:)

Perhaps he's thinking "I shouldn't have gotten so very drunk before this shoot. Steeeady. Steeeeady."

haha..littlevictories;) so dizzy that he even needs extra support while sitting on that lovely*cough* leather chair. Isn't it amazing how often RA chose vintage houses & sofas/chairs for his early photo shoots.

Notice in the one below, where he's stretched out on the well-worn green leather couch, he'd carefully folded his leather jacket for under his head - probably to make certain there was something between him and the furniture's decades of built-up arm/hand oil. He'll only take this appreciation of antiquity so far. hehe