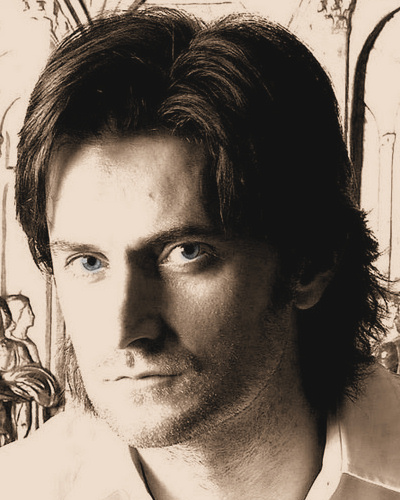 Thanks to RAnetdotcom RichardArmitageNet for tweeting site for a few RA pics until now unseen by fans... 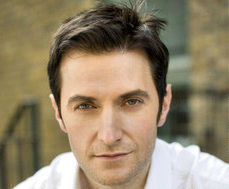 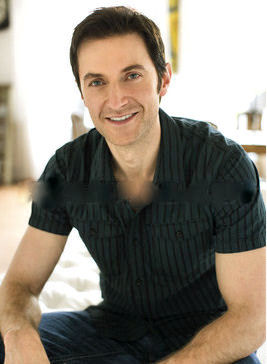 Dezz announced a couple hours ago that Richard won his James Bond poll with 61% of the vote.  Following pic accompanied Dezz's remarks at his Hollywood Spy website... 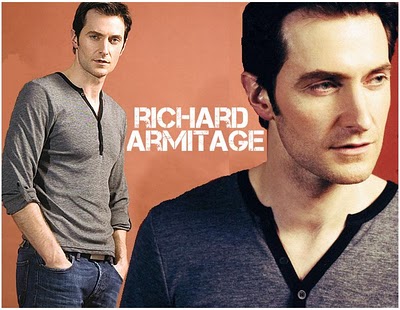 Tuesday, January 4, 2011 RICHARD ARMITAGE BEATS RUPERT PENRY JONES AND GERARD BUTLER IN HOLLYWOOD SPY'S "WHO SHOULD BE THE NEXT JAMES BOND" POLL!
HOLLYWOOD SPY's WHO SHOULD BE THE NEW JAMES BOND poll is over and I must thank you for voting in hundreds and hundreds. The winner is charming Richard Armitage who won stunning 61% of your votes (almost 300 in total). Rupert

Penry Jones also had an amazing support with 14% leaving Gerard Butler in the third place with 10% of your votes.

Well, our winner Richard Armitage really has all that it takes to be a great James Bond - he is charismatic in a very cool and refined way, his presence is kinda magnetic, he has one of the strongest fan support among ladies I've ever seen (remember the 2,000 votes those lovely ladies had left at HOLLYWOOD SPY when he competed in one of our previous polls?) and we know girls love Bond and Bond loves girls :) If he doesn't get the role of agent 007 himself he would also fit the role of James Bond's nemesis nicely, since he already proved he can play a great villain in ROBIN HOOD TV series which made him popular. British people also know Armitage from NORTH AND SOUTH and SPOOKS. In the future we will be watching him in two big blockbusters CAPTAIN AMERICA THE FIRST AVENGER and THE HOBBIT!
......
Posted by DEZMOND at 10:01 PM
http://hollywood-spy.blogspot.com/

Thorin Oakenshield’s story is one of great daring, pride, revenge, and tragedy. Thorin II hails from a direct royal lineage (the House of Durin) traceable all the way back to the original Seven Fathers of the Dwarves. His clan is also known as the Longbeards.

Thorin’s early years at the Lonely Mountain (Erebor) give The Hobbit its foundational plot and all that happens therein comes from his efforts to avenge the wrongs against his House. At the age of 24, Thorin witnessed the arrival of the dragon Smaug and the slaying of his kin (T.A. 2770). The tragic memory was burned permanently into Thorin’s heart. Twenty-nine years later he fought valiantly against the Orcs beneath the East-gate of Moria at the Battle of Azanulbizar, where he earned the surname “Oakenshield” by using a great oak-branch in a pinch as both shield and weapon.<
http://www.theonering.net/torwp/category/hobbit/hobbit-movie/ 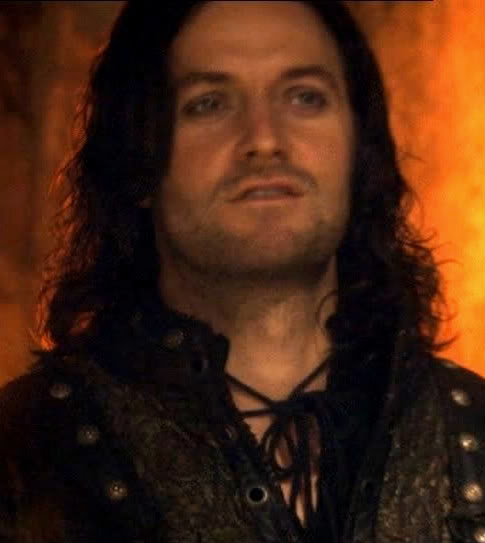 ****
Excerpt from lengthy discussion(see link) and speculation from fans, for their anxiously awaited green light for Season 2 of HBO’s Game of Thrones. Comments below are from the person who compiled a finely detailed outline - imagined episode by episode description - of the second novel.
>32. CATELYN 3: Stannis and Renly meet; threats ensue, a peach is eaten; Stannis says Renly will be dead by the morrow if he does not yield; Renly refuses. Brienne and Catelyn bond; intro of SER ROBAR ROYCE (Robar the Red).

A CLASH OF KINGS gives us some meaty Arya chapters, some excellent Theon stuff, the great introduction of Brienne, and *it introduces Stannis, who should be very interesting.*

To put it in perspective, I have many friends who have read A GAME OF THRONES. Almost all went on to read Vol 2, A CLASH OF KINGS but only half of them finished it. By comparison, those who finished ACoK and went on to read Vol 3, A STORM OF SWORDS (arguably the crown jewel of the entire series thus far) stuck with the series, went on to read Vol 4, A Feast for Crows, and are now still pining for Vol 5, A Dance with Dragons like the rest of us.<

>A lot of the Stannis/Davos material is pretty exciting (especially visually).<

[R: Well then, they need to cast a Lord Stannis Baratheon who will do the material justice, don’t they Musa;] We will never, ever give up this effort UNLESS it’s impossible for Richard to accept the role..boohoo:]
http://winter-is-coming.net/2011/01/script-outline-a-clash-of-kings/ 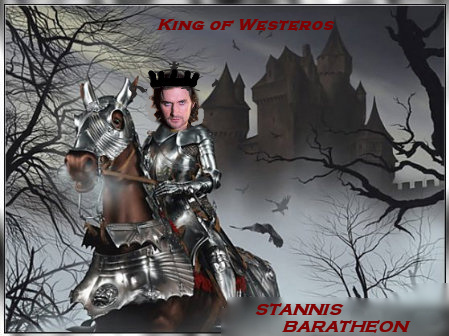 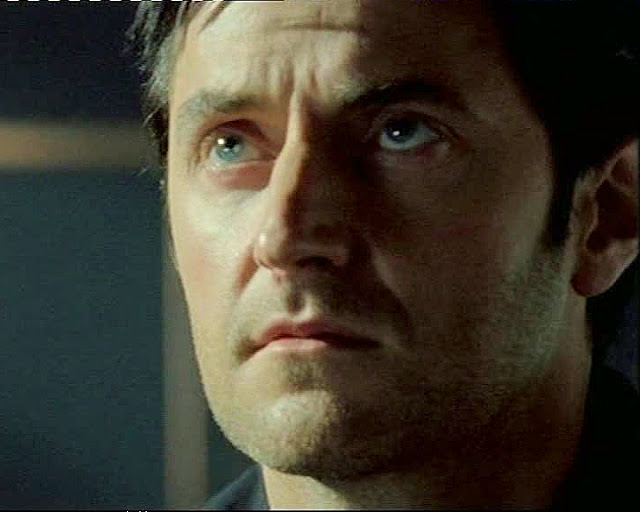 Strike Back: Wake Me Up by LadyeAnn... 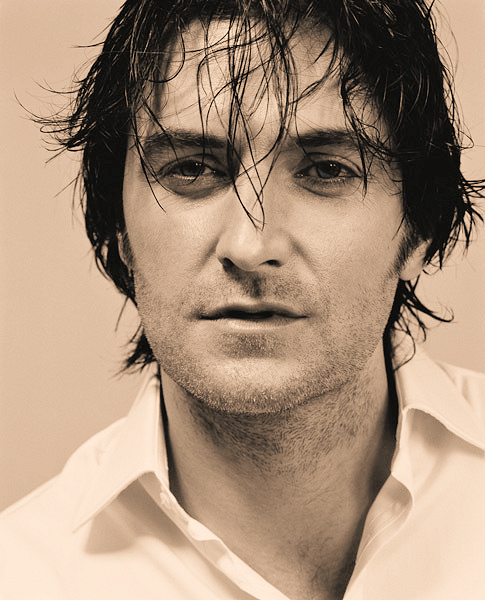 Cool Comments from Laura & Musa - thank you very much:)
Musa provides us with the link to a Cruise to Middle Earth scheduled for 2011:
http://www.theonering.net/cruise/
While Laura points out something that caused me to chuckle a few days ago.  We happened upon the following and both agree it's hilarious.  :D  We'd happily trade ours for Brits'- the usa RA only wins the trophy in one area - height...ours is 6' 6"...whew! and I thought DH's 6'4" was up there where the air is thin...already stretched to the limit :) couldn't go any higher for our RA and quite honestly wouldn't want to try(although, I'm sure he's a lovely man and his wife manages the feat;)  The Armitage DNA strain must've become extremely diluted while crossing the pond...hahaha.  Actually our RA has an admirable military record and diplomatic career with the US State Dept.  Don't let lib Americans and leftist journalists tell you otherwise.  They target with ridicule those on the political right, while tolerating corruption and misconduct of all sorts from their fellow liberal politicians.  RA's on the right...(teehee..insinuating politically;) *winks* Actually that would be a lovely surprise, if it were true.  Most show biz types are rather naive when it comes to politics.  Certainly couldn't say his shirt pattern is better - it makes our eyes blink, doesn't it... 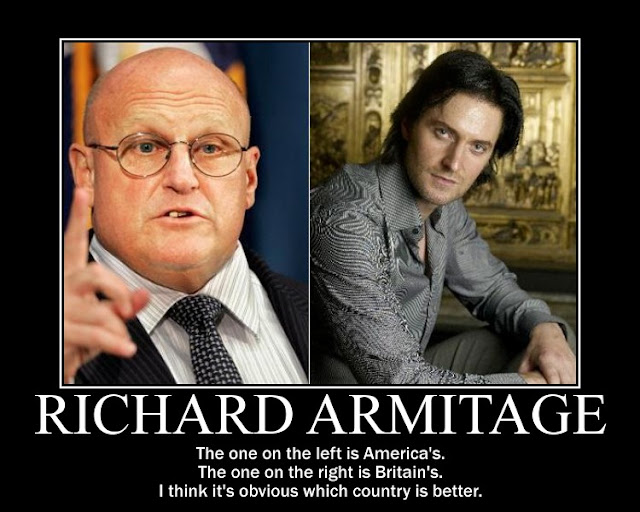 No, RicRAr we'll never give up on RA as Stannis ---

(Unless he can't accept because of other film commitments)

Oh, and we know no one is more "exciting visually" than Richard Armitage :)

RicRAr, didn't you say it would be nice to go on a cruise to NZ this year? I think I found just the cruise:

I'll check it out after an early appointment, Musa. Thx for the link:)

Meant to ask you which you enjoyed reading more - Clash of Kings or Vol 3? Noticed a lively discussion on that topic at WiC site.

Richard is scheduled for dwarf training sometime this month in NZ. Suppose he could already be there -- perhaps one last ski jaunt before entering MiddleEarth for an extended period. Don't know if it's currently their ski season? Read somewhere that our Winter is there Summer..in that case his usual ski haunt - the original Southern Alps would've had to do.

Did you notice the glimpse of Dalton Mills over Mgt's head? Isn't that an amazing pic.

I came across this picture, and although I'm a Midwestern American Girl through and through (complete with pigtails and an uncontrollable love for horses), the poster still cracks me up: http://mangamadness1.deviantart.com/art/Richard-Armitage-demote-184953905

O.K. Musa - I've added your cruise link to the above post. Will check out the details asap.

hahaha Laura. I'd stumbled upon the hilarious two RAs poster at google images a couple days ago & was waiting for an opportunity to include it in a post - you provided it beautifully;)

Ours might not be easy on the eyes but he had a stellar military record. Did you know he's 6'6" tall. So that gene must be the only DNA he shares with the gorgeous Brit;)

Thanks! So November would be a spring cruise to NZ :)

Great photos of the mill. The locations for N&S were perfect for the story. Hope they do redevelop the area.

Well, maybe we'll find out this weekend about Season 2 of Got since WiC is going to the HBO TCA news conference. I did read the comments you posted about Clash of Kings vs A Storm of Swords. I would say I liked both, but there's more action in the third book, so I can see why most like it better,but the second one, Clash of Kings, and the fate of the Starks was what kept me reading. But like you, I would take out all the Dany chapters.

thanks, for the mention darling! :) Glad you liked the poll and the winner off course :)

One comment of yours was puzzling to me, Dezz. You sort of insinuated Richard Armitage is not a "warm" action hero. Nothing could be further from the truth. Watch SKY's terrific series STRIKE BACK, where he treats the female hostage of MidEastern terrorists with tender loving care; while simultaneously outsmarting & serving justice to the baddies. Personally as well, Armitage is a rising star with a self-contained ego. Don't believe even Hollywood can change his clear-eyed and cautious attitude towards celebrity. He absolutely hates the red carpet - wishes he could simply exercise his passion for acting without all the other shallow trappings of the limelight;)

Really enjoy your site - keep up the great work!

Musa, the flight to AU to board the cruise to NZ takes forever. That would really be difficult for me since I get very restless on even 6hour flights--really a white knuckle flyer;)

It is such ashame about Dalton Mills. I've not seen a description of the damage other than the middle section of the large complex was in flames - there are at least 5 buildings. Still holding out hope the N&S locations are unharmed.

Europe is famous for converting vintage structures into modern uses - don't understand why that didn't happen to the mill long ago. Suppose the complete collapse of the world-wide real estate market didn't help.

Someone suggested that RA fans alone could've filled flats if that conversion was undertaken during past 7yrs. Suppose the cost was too prohibitive. The exterior looks like indestructible stone--inside is probably mostly wooden floors, doors, trim - hence terrific fire damage:(

I am American and I love the Armitage/Armitage graphic. Very funny!

We don't mind admitting when our version falls short of another nation's do we;)

Isn't it interesting that the two Armitages share the above-average tallness gene? Well, they're also both very intelligent. Our guy might not be a hunk but he worked his way up to a major position in the State Dept after an exemplary military career. Another case of never judging a book by it's cover, isn't it;)

The Armitage on the left saved thousands of Vietnamese refugees in the middle of the Ocean, speaks several languages, was involved in some of the most riveting international crises in the last 40 years and can practically tear the Armitage on the right using his bare hands... yeah I think I know which country is better.

Hey there anonymous, you sound as tho' you might have a personal interest in the above debate??

You're preaching to the choir as far as moi and your description of our Richard Armitage's career. I'm a political junkie and strong Republican. Journeyed thru the American Armitage's Valerie Plame? leftist charade..(whatever her name is/was), so there's no need to explain to me the core differences between the two men.

Fact is however that we're comparing apples & oranges. One is an entertainer, albeit an exceptionally fine person, while the other has participated personally in some of the most crucial global events of our time.

The above graphic is only a joke and was taken in that vein by RA's American fans. We know there's no way our US version can visually compete with the gorgeous British actor so, we've taken a noblesse oblige attitude and admitted it:)

BTW, the actor would be the first one to admit his namesake has led an exemplary life first as a member of the US military followed by a distinguished diplomatic career with the US State Department.

Thanks for your feedback. What motivated you to comment? ;)

Yes, it was meant as a joke and taken that way by most..because after all, one man does not make one country better than the other country.

That's true Carolyn, really curious why 'anonymous' chose to comment on a post over a year old. S/he? must really have an interest in the US Richard Armitage. Internet never fails to fascinate.

While we're down here in the dusty blog archives, we can enjoy all these yummy RA pics and videos. They never grow stale, do they.