Lovely New Tribute to 'Lucas' by faboamanto(is that U?;) + Lucas Woz 'ere + Wild Swans of Sherwood by Vladwostok2009 & Tears of an Angel by Giz the Gunslinger + King Stannis Baratheon

Not a new interview but interesting excerpts from it: 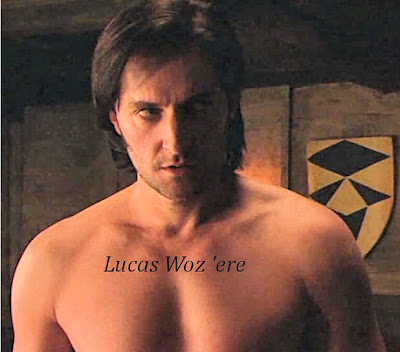 Or how about a skull and crossbones? And maybe a couple of those ­comedy-tragedy actors’ masks.

Since he became the go-to guy for playing brooding characters, after his appearance in the 2004 BBC drama North And South, he’s smouldered his way through three series of Spooks and a spell as Guy of Gisborne in the BBC’s Robin Hood. 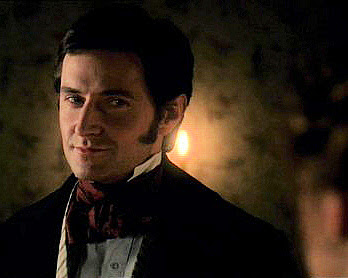 If Richard’s awkward with fame, he’s dismissive of fortune. Ask him what he’s splashed out on since finding high-profile work six years ago and the Leicester-born actor triumphantly says: ‘Nothing!’

He adds: ‘I bought a car three years ago — a BMW 3 Series — but I want to go back to driving around in an old banger. The BMW is lovely, but I prefer something that’s cheap and a bit scratched.

(Perhaps he'd like to arrive at the next Bafta event in this one...:) 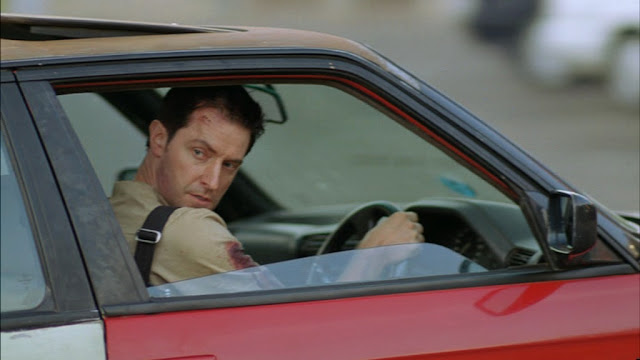 ‘It wouldn’t be Lucas North’s style, but as long as the vehicle started I’d be happy with it.’ 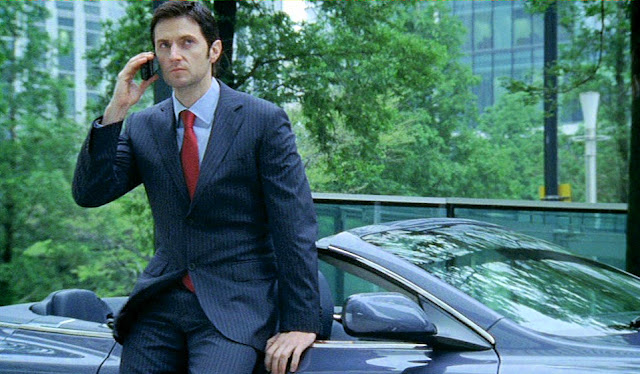 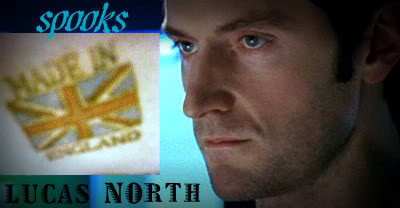 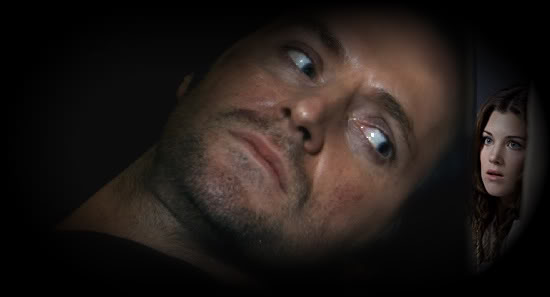 Add Stannis Baratheon's dark beard (below) to the following Guy and suddenly the Thorin Oakenfield character will radiate enough heat to warm all the inhabitants of Middle Earth...when we hear his first grumpy growl, we won't even notice he's only 4ft tall:).... 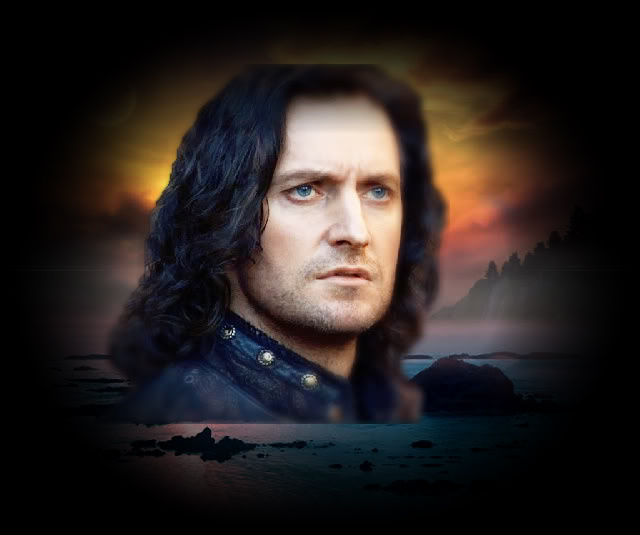 Following character from Song of Ice & Fire is the one Musa and I believe would be perfect for RA.  It's as yet uncast - waiting for the green light from HBO for series 2. 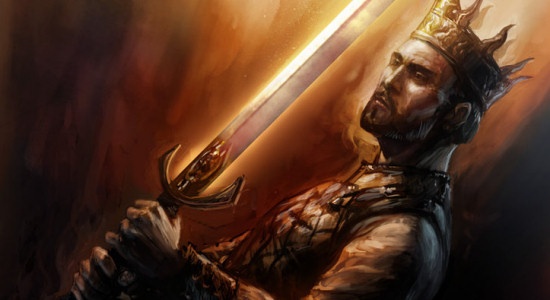 Stannis Baratheon wields Lightbringer (Artist: Marco Caradonna)
Stannis Baratheon, Lord of Dragonstone, and by the grace of the gods and all laws of the Seven Kingdoms, rightful heir to the Iron Throne of Westeros. A seasoned commander, hard, just, and grim in his sense of duty.

Stannis was loyal to the point of eating rats in the siege at Storm’s End. And he took and held Dragonstone for Robert, rooting out his enemies. Yet when he required loyalty in return, his Lords would not rise for him. Instead they declared for Renly. And his own younger brother, who should have been as dutiful as Stannis was to Robert, raised himself in opposition to Stannis.

Any other man would have given up. Or joined with his brother. Or with Robb Stark. There were certainly offers. However Stannis would have none of it. Renly and Robb were false kings. Stannis’ unbending idea of right and wrong became his own worst enemy.

"It is not a question of wanting. The throne is mine, as Robert's heir. That is law.”

ASOS 37: Davos IV
Firm in this belief, and without the loyalty of his Lords and brother, Stannis has been forced to entertain less savory options. Melisandre of Asshai, cleverly appealing to his self-righteousness, has convinced Stannis that the world is reliant on him. That he is a prophesised hero who must save the world. In doing so she has weaned him onto abomination, sacrifice, murder, and kinslaying. It is left to Davos to keep Stannis in check. Melisandre appeals to Stannis’ ambition ‘Only death can pay for life... three is three. Give me the boy.’ while Davos appeals to his conscience ‘His name is Edric Storm, sire.’

Stannis seems as at odds with himself as his two advisors are with each other. On the one hand he thinks he is doing right and is in denial about the wrong:

"The Lord of Light willed that my brother die for his treason. Who did the deed matters not."

ACOK 43: Davos II
But on the other hand, perhaps he is not entirely unaware of the sacrifices he is making:

"—is one boy! He may be the best boy who ever drew breath and it would not matter. My duty is to the realm. [...] We do not choose our destinies. Yet we must . . . we must do our duty, no? Great or small, we must do our duty. Melisandre swears that she has seen me in her flames, facing the dark with Lightbringer raised on high."

ASOS 55: Davos V
While desperation has led him down a dark path, there is much good in Stannis. He was beloved of Maester Cressen and Davos (if the measure of a man is his friends...), and saw the value of Davos in return, knighting him, and later making him a Lord and Hand of the King.

Stannis is also the only king to recognize that his true duty lies beyond The Wall.

What good is a king who will not defend his realm?

ASOS 76: Samwell IV
Not even our precious Robb Stark batted an eyelid when Osha told him he was riding to war the wrong way. Whose name did we hear cried in battle when The Night’s Watch was under attack and it seemed no hope remained? ‘Stannis! Stannis! STANNIS!’ It was a moment of triumphant joy and indescribable relief. Not only did he save them, but Stannis has grand plans for strengthening The Night’s Watch by rebuilding and garrisoning the towers of The Wall and settling The Gift.

Stannis Baratheon, defender of the realm against the rising cold. A true and worthy king, if only everyone’s sense of law and justice was as sharp as his.
http://www.towerofthehand.com/listmania/top30affc/26.html

If Thanksgiving is almost here, of course it means "Christmas is coming...the turkeys are getting fat"..or something like that;) Need to dig out my fav version by The Muppets.  Scrooge is at his desk in the counting house...muppet mice are gathered in front of the tiny fireplace, rubbing their cold hands??paws?? ehhh, tails together;)...one muppet mouse turns and says "Mr Scrooge! Mr Scrooge!..Can we have more coal?...We're freezing our assets." haha Must have watched it 10Xs and still laugh at that scene..

Bristol & Mark were guests this week on the afternoon 'Ellen' show.  Know for a fact that almost every woman watching Dancing with the Stars this time is hoping they get together as a RL couple -  BUT they told Ellen that they're not dating.  Judging from Bristol's comment about not thinking about a boyfriend at this time - primarily focused on her almost two-yr old son (she's a single mom), I suspect Mark is biding his time - giving her space and making certain her mind isn't distracted from their current mission - winning DWTS. (although I don't really believe that will happen)  Gentleman that he is, Bristol's dancing partner will probably make his move when the competition is over.  Hopeless romantic you say??...what was your first clue. hehe ;)

LOL - Yes - it is me! (don't tell anyone I'm also faboamanto). I think I have too many names now on the "internets", I started out with one name, then I decided it was too complicated, then I used variations on a name. Aaargh! Anyway, this comment will self destruct after you read it RicRAr:)
I'm so happy you liked my little video. I have lots fun making vids, but just not often enough to ever learn the software well. I'm always in the learning stage. But I do admire so many that are truly video artists. The song made me think of Lucas North and RA.
Stannis...I'm still hoping RA will be Stannis. Apparently Stannis has much in common with Thorin(or so I gathered from a Westeros twitter!).

Your vid is truly lovely Musa. In fact, I'd used one of the Lucas pics you'd chosen in a project after Spooks7. Will add it under the vid along w/a few others I'd found at the same time---can never have too many RA pix, can we;)

You say you gather Stannis has much in common w/Thorin from a Westeros twitter?? Thought I had followed that one - better check asap to make sure.

We're aware Stannis is a very conflicted personality(an amalgamation of good vs evil) and you know how much our fav actor savors those roles. Suppose we won't know for certain that there will be a GoT series2 until after the premiere of S1 in March.