Richard Armitage:Game of Thrones4, ep 1 Reviews(see links) + "Stilton" cheese, "Hamlet,Prince of Denmark" As We Go There and Back Again With North and South 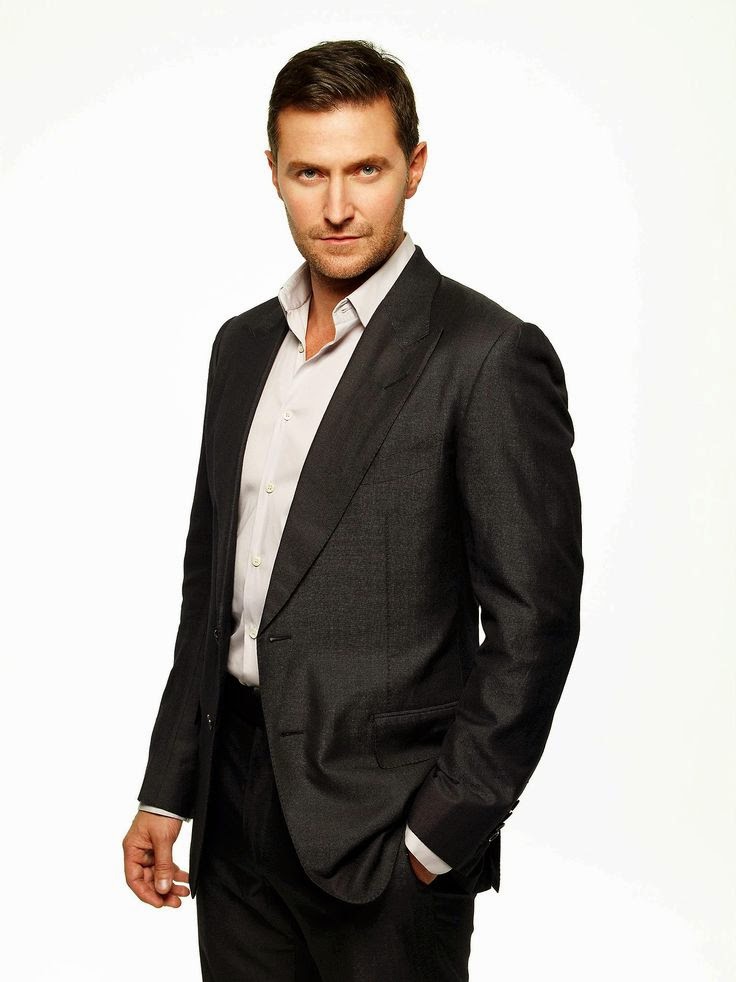 RA says Game of Thrones is brilliant and is open to a role in it:
http://www.independent.co.uk/arts-entertainment/films/news/richard-armitage-on-game-of-thrones-hobbit-star-could-be-tempted-by-role-in-brilliant-show-9239474.html 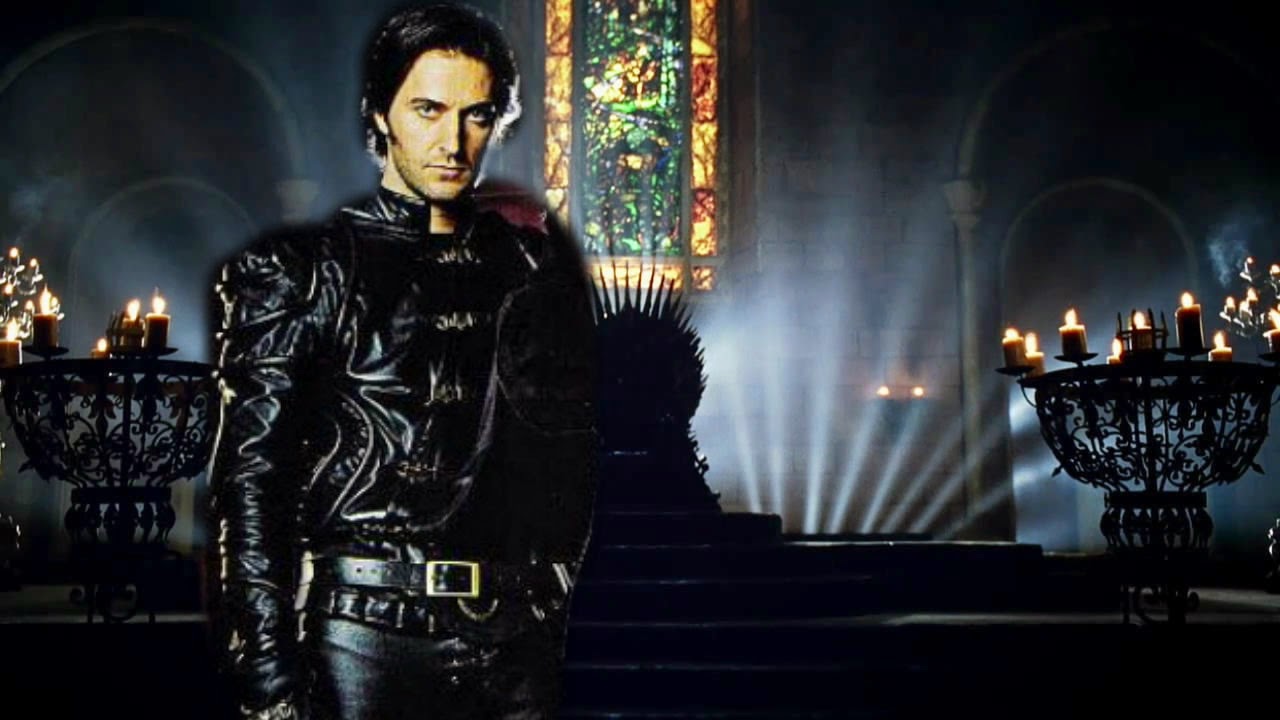 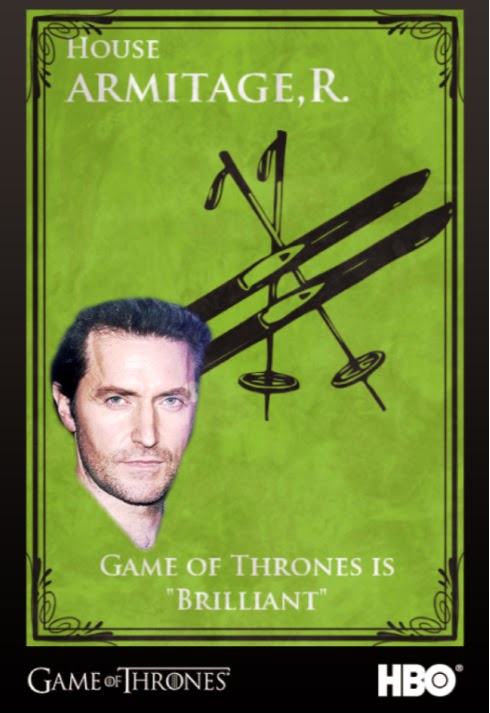 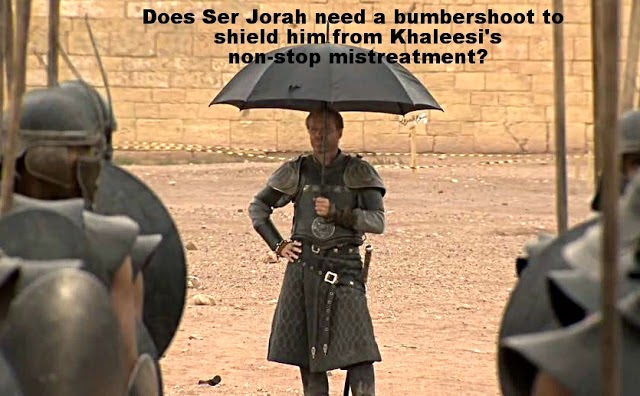 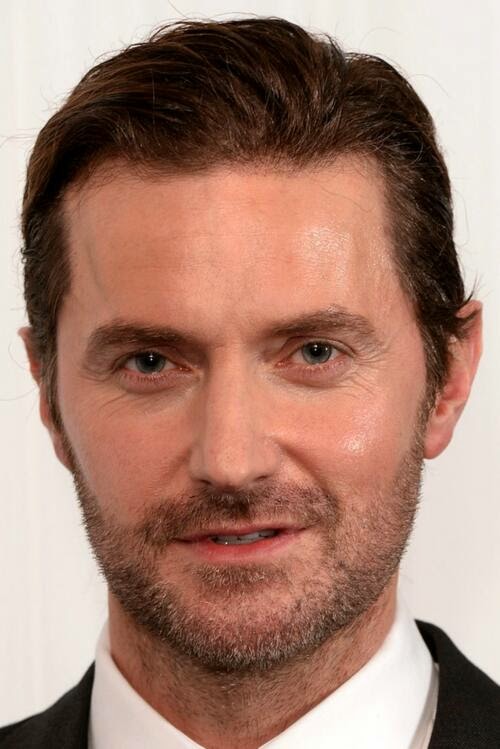 In this excerpt from Elizabeth Gaskell's North and South, you'll find Mr Bell mentioning (within a few paragraphs) both "Stilton" cheese and "Hamlet, Prince of Denmark":

EXCERPT: Volume II, Ch 21:
Mr. Bell had strawberries and cream, a loaf of brown bread, and a
jug of milk, (together with a Stilton cheese and a bottle of port
for his own private refreshment,) ready for Margaret on her
coming down stairs; and after this rustic luncheon they set out
to walk, hardly knowing in what direction to turn, so many old
familiar inducements were there in each.
'Shall we go past the vicarage?' asked Mr. Bell.
'No, not yet. We will go this way, and make a round so as to come
back by it,' replied Margaret.
Here and there old trees had been felled the autumn before; or a
squatter's roughly-built and decaying cottage had disappeared.
Margaret missed them each and all, and grieved over them like old
friends. They came past the spot where she and Mr. Lennox had
sketched. The white, lightning-scarred trunk of the venerable
beech, among whose roots they had sate down was there no more;
the old man, the inhabitant of the ruinous cottage, was dead; the
cottage had been pulled down, and a new one, tidy and
respectable, had been built in its stead. There was a small
garden on the place where the beech-tree had been. 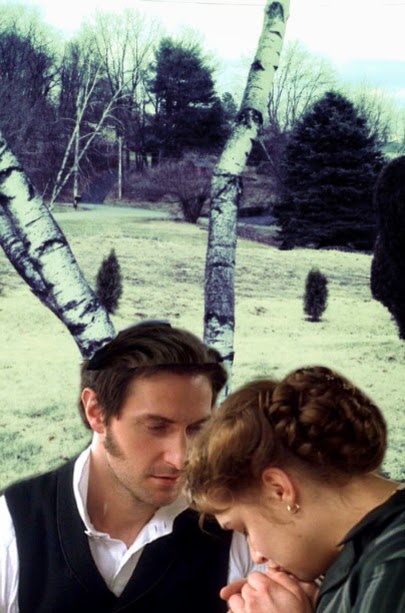 (Our beech, not at it's best in March, after an extremely snowy, cold Winter) 'I did not think I had been so old,' said Margaret after a pause
of silence; and she turned away sighing.
'Yes!' said Mr. Bell. 'It is the first changes among familiar
things that make such a mystery of time to the young, afterwards
we lose the sense of the mysterious. I take changes in all I see
as a matter of course. The instability of all human things is
familiar to me, to you it is new and oppressive.'
'Let us go on to see little Susan,' said Margaret, drawing her
companion up a grassy road-way, leading under the shadow of a
forest glade.
'With all my heart, though I have not an idea who little Susan
may be. But I have a kindness for all Susans, for simple Susan's
sake.'
'My little Susan was disappointed when I left without wishing her
goodbye; and it has been on my conscience ever since, that I gave
her pain which a little more exertion on my part might have
prevented. But it is a long way. Are you sure you will not be
tired?'
'Quite sure. That is, if you don't walk so fast. You see, here
there are no views that can give one an excuse for stopping to
take breath. You would think it romantic to be walking with a
person "fat and scant o' breath" if I were Hamlet, Prince of
Denmark. Have compassion on my infirmities for his sake.'
'I will walk slower for your own sake. I like you twenty times
better than Hamlet.'
'On the principle that a living ass is better than a dead lion?'
'Perhaps so. I don't analyse my feelings.'
'I am content to take your liking me, without examining too
curiously into the materials it is made of. Only we need not walk
at a snail's' pace.'
'Very well. Walk at your own pace, and I will follow. Or stop
still and meditate, like the Hamlet you compare yourself to, if I
go too fast.'
'Thank you. But as my mother has not murdered my father, and
afterwards married my uncle, I shouldn't know what to think
about, unless it were balancing the chances of our having a
well-cooked dinner or not. What do you think?'
'I am in good hopes. She used to be considered a famous cook as
far as Helstone opinion went.'
'But have you considered the distraction of mind produced by all
this haymaking?'
Margaret felt all Mr. Bell's kindness in trying to make cheerful
talk about nothing, to endeavour to prevent her from thinking too
curiously about the past. But she would rather have gone over
these dear-loved walks in silence, if indeed she were not
ungrateful enough to wish that she might have been alone.