Leicestershire Dig For Richard III Remains(thx to Sue) + Who Wants To Be Teacher's Pet? + Coldfeet character Lee's Fun and Games 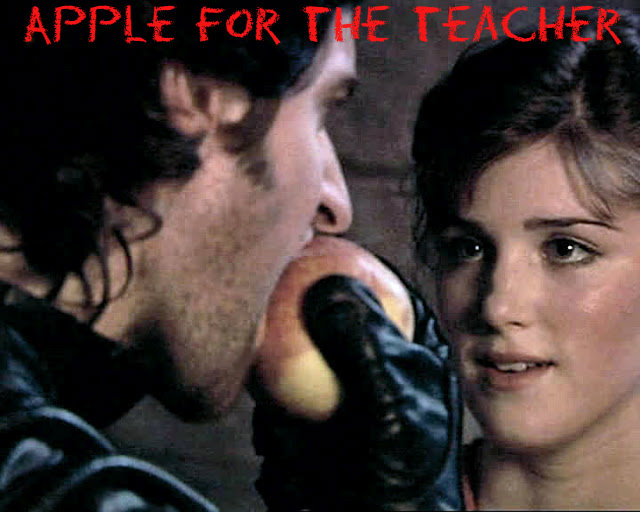 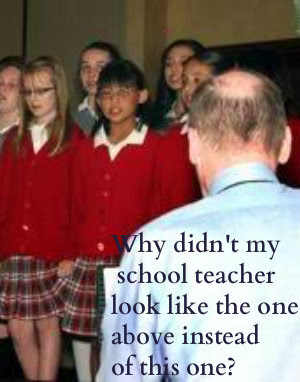 Richard III Leicestershire News:  Thanks to Sue for the following link which describes the current dig in search of Richard III's remains:
http://www.bbc.co.uk/news/uk-england-leicestershire-19361350
http://www.smithsonianmag.com/history-archaeology/Raiders-or-Traders.html?onsite_source=relatedarticles&onsite_medium=internallink&onsite_campaign=SmithMag&onsite_content=Raiders%20or%20Traders?

Love the new piccy of Richard and certainly wouldn't mind being teacher's pet. Wonder what subject he teaches? Probably English, or should that be history. Talking of history did you hear that there is a dig going on in Leicestershire to find Richard III?

Pity Richard's in America he could have helped out, not far from home either, so his mum could keep them well supplied with cups of tea!

Do you think we should leave an apple for the teacher?

I've just discovered a photo of Richard I haven't seen before. It's of RA when he was very young. It's on a website I haven't come across before.

PS: Looks likes he likes a pint. Bitter, Mild or Cider would you say. My bets on Lager.

Hope he teaches English History, Sue, then I'll be first in line to register for that class.

See your apple idea in Sir Guy's mouth;) Managed to include the pic of Guy chomping into one.

Thanks for the Leicestershire link. I recall being asked my choice of careers at about 10yrs old. My response was "an archaeologist." Digging for ancient artifacts sounds like a fun way to spend the day...with one caveat -- no insects or other creepy crawlies! Yikes! haha Might be a challenge:)

Good to see you back, Ricrar!

I second Carolynd1's comment above, glad to see you back. Hope you had a great time.

Actually the image of Richard/Guy biting into that apple was just what I had in mind when I typed the comment about the apple for the teacher! My goodness I daren't risk my crowned teeth doing that, obviously got a better dentist than me. (Or was there an outtake showing Richard, apple in hand, with his crowns firmly embedded in that half-eaten apple!)

Richard should finish filming in September, so I guess he'll have to start gearing up for promoting The Hobbit.

Thanks for the welcome back Carolyn. Has your daughter's moggie(British for cat:)presented you as yet with her litter of kittens?

Thx to you as well,Sue, for your thoughtful words. Yes, family enjoyed fun in the North Carolina sun. That state's coastline has beautiful panoramas and the most hospitable, friendliest Americans. If N.C. goes for Romney on Nov 6, it will have achieved perfection, IMHO;)

Judging from your well-written comments here, Sue, I'd say you would be a powerful, passionate scribbler. Especially if the topic is our fav actor and your appreciation of him. In fact, with your innate knowledge of his birthplace and it's cultural environs, my pre-order of your book would probably be first on the list.

Can't help but wonder how you would open an RA biography? Maybe instead of "In a hole in the ground lived a hobbit" it might read "in a wholesome, grounded English village lived a hottie" ;) How about this title? - "Sue's 50 Fantasies About RA"
*Bring it On!!*

Thanks for the reminder that Richard will probably start promoting The Hobbit shortly after Black Sky filming wraps. My fingers are crossed that he'll appear on Craig Ferguson's show(born Scotland). Those two unique senses of humor would make for one hilarious interview.

Sue, according to following linked website there's also a video of my fav royal's recent romp. Description hints there were more fun and games than depicted in photos.

Apparently there is speculation that it will ruin Prince Harry's army career. I doubt that very much, it will most likely enhance it, give him a bit of street cred. He'll get plenty of ribbing from his army pals, a bit of nudge, nudge, wink, wink, say no more!

Puts me in mind of Paul in Between the Sheets and the very bobbing backside (not forgetting the socks)of our lovely Richard's very ample buttocks. Maybe they should super impose Harry's head onto Paul/Richard's naked body from BTS. Who could ask for more? Now that might be worth seeing! (Again!)

By the way, what do you think of a very young Richard with long flowing locks?

Didn't a fan say that they thought that they had seen a video clip of the cast of Cats rehearsing and thought someone looking like Richard had a ponytail? Could have been right!

Thanks Sue, I take a look. Rather fond of ponytail RA sported while being interviewed prior to first ep of either RH2 or 3??

Methinks Richard's life pre North and South was an entirely different universe than that after he realized the series had sown the seeds for success in his chosen profession.

IMO, from N&S forward his entire focus was on his career and nothing that might jeopardize it was even given consideration. His total dedication to that goal certainly paid off in spades. Is he free now to settle back and enjoy the rewards his Thorin performance will no doubt deliver?

As for Harry, doesn't the fact security breakdown is being blamed for the cheeky revelations:) make you wonder what they've covered for in the past? He's an unattached bachelor, as long as no one was hurt(other than broken hearts) I agree it's pretentious fuss. Boys will be boys and in America, not only Las Vegas, girls will be girls;)

Oo! Do you think he likes teachers?? I'm a teacher!