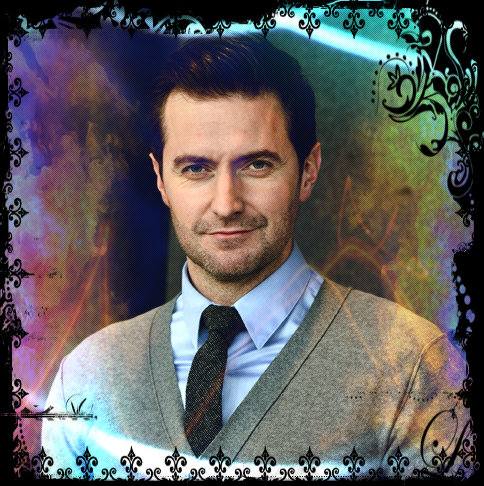 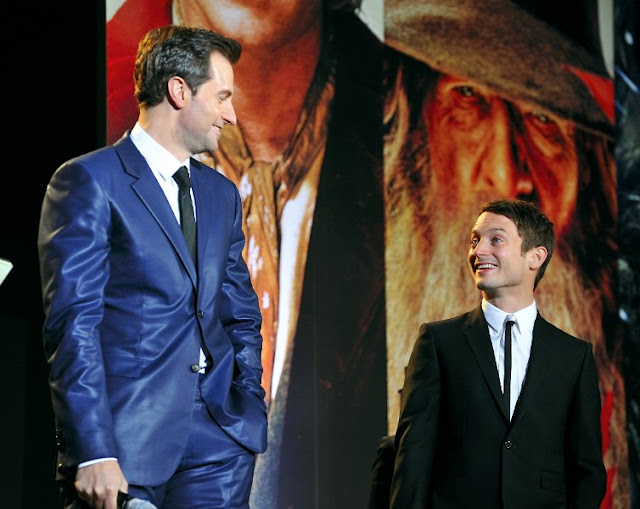 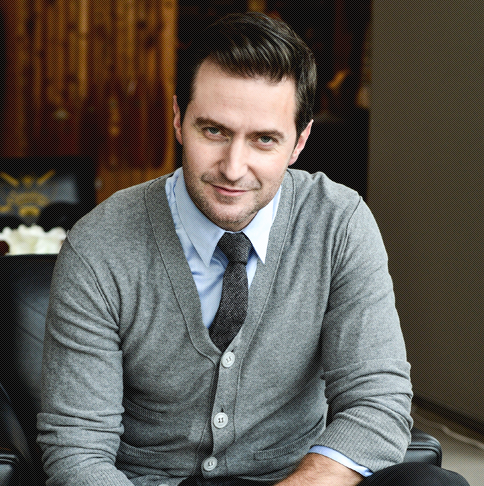 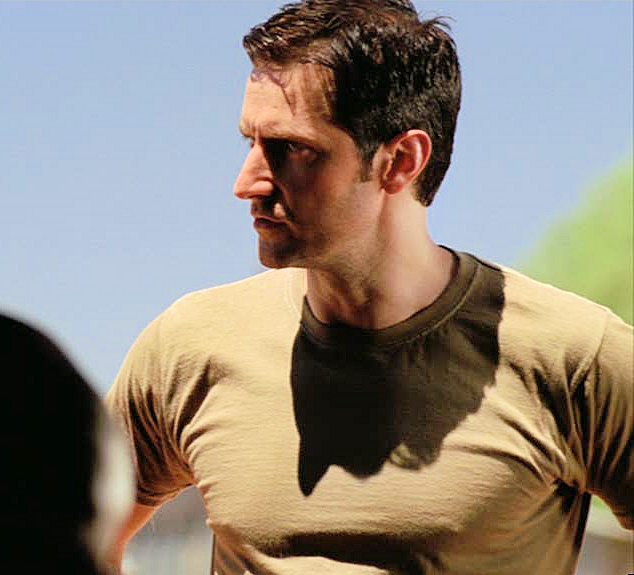 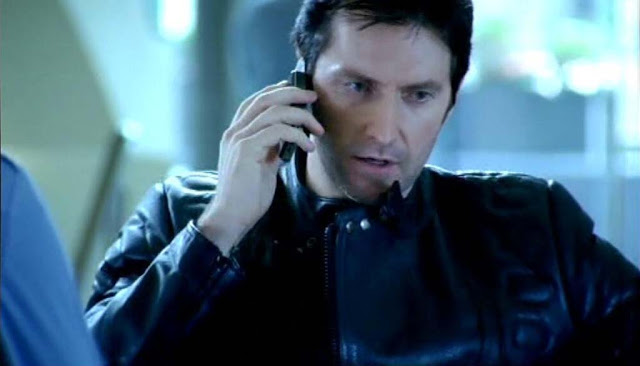 Thanks to www.richardarmitagenet.com for following photo and article published in an Aussie newspaper.. 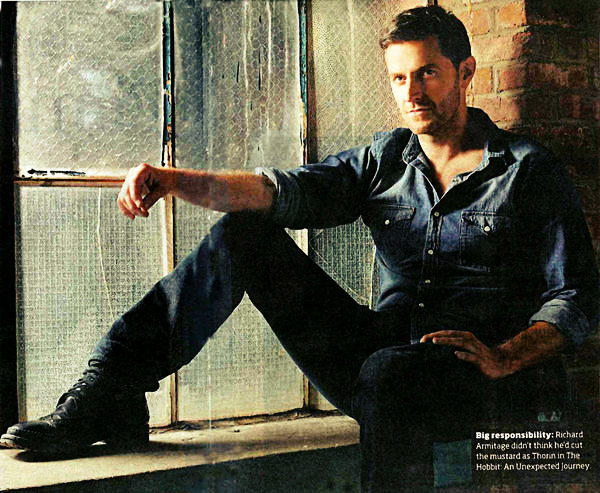 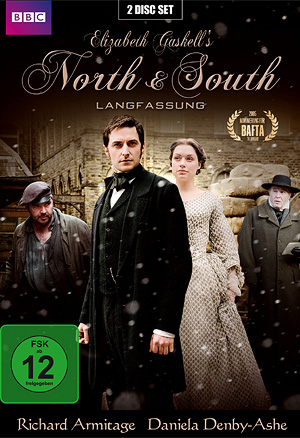 Will be watching for the following from list of new 2013 films(see link):
1)'Therese Raquin': Classic by Emile Zola. Young woman is pushed into an unhappy marriage to her first cousin. Family moves to Paris where she engages in a steamy affair with her husband's childhood friend. Stars:Eliz Olsen,Oscar Isaac
2)The Great Gatsby:Classic by F.Scott Fitzgerald. Stars Leo DiCaprio(May 10)
3)'The Wolf of Wall St':Memoir of Jordan Belfort - a stockbroker goes from success to drug addiction to money laundering before heading to prison. Sounds really uplifting;D Stars Leo DiCaprio
4)'The Monuments Men' by Robt M. Edsel -- True story about the art experts chosen by US Gov to retrieve works of art and cultural treasures stolen by the Nazis. Stars Geo Clooney who'll also help write and direct. Release date:Dec 20 (Clooney not a fav but the film sounds intriguing)
5)'Paranoia' by Jos Finder -- An employee at an IT company participates in a tangled scheme in an attempt to keep his job. Will be released Oct 4.
Here's the complete list: http://shine.yahoo.com/book-club/26-books-read-theyre-adapted-2013-movies-200400428.html?utm_source=Social&utm_medium=Post&utm_campaign=RHSocialMedia 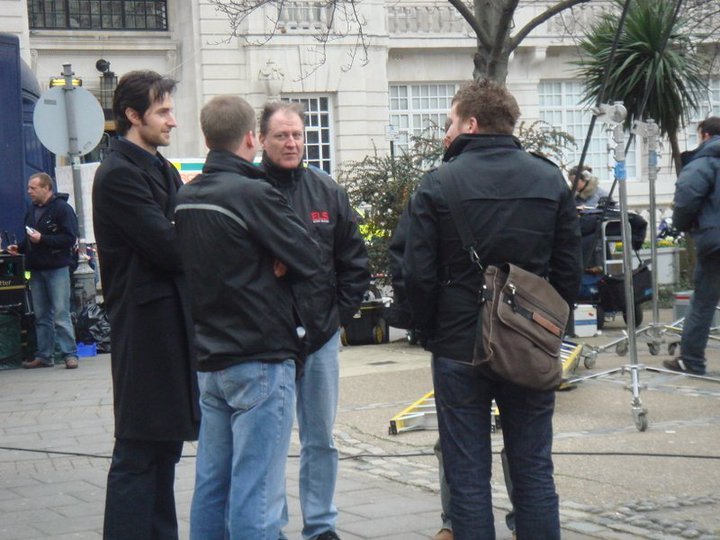 Latest comment from Cleo moved from Jan 8 post to this one:
cleopatraascreenplay said...
G'afternoon, Ricrar! I can't WAIT for your new post on Guy. Be still my heart. His scenes with Meg are absolutely my favorite as well. That scene in the jail cell made me completely fall in love with him. That was it. Guy was the good guy!

I'll have to check on the Thorin art sites, although it's the real-life "willowy," as one reporter put it, look that is so endearing for me. Something akin to the Thorin look might work well as Richard III, though, don't you think? Any news on that project?

Last night when I saw the Hobbit again, I went by myself. It was quite a luxury, I must say, speaking of smiling all the way through :) :) (it sure beat the stuff of my daytime work hours!).

Any RA sightings lately? Where is he supposed to be these days, anyway? I really should follow the entertainment media more closely.

Watching The Hobbit by yourself sounds like a pleasant treat, Cleo. It's necessary to do that for ourselves now and then, isn't it.

The Richard III project is still active although I haven't seen any recent news; other than the fact RA mentioned in a Hobbit interview that he happened to be in the site area when RIII's bones were found.

As for RA's whereabouts, you won't find that today in entertainment news;D He's always been very protective of his privacy so IMO until those reporters are actively seeking him out - as they do many other major film stars - all will be quiet on the RA news front between projects.

Well, I think that the entertainment media is being delinquent in its duties, don't you, Ricrar? Shouldn't they be scouring the globe for him? Where might he be?? Russia? New Zealand? You know, in addition to Leicster, I am quite sure that I once saw him in Haifa. Where is the press when you need it??! :) :) Not that anyone deserves to be paparazzi-ed to death, but, I think it's high time I got to see RA on my grocery check-out shelves here in North Florida. Don't you? Hopefully the press will be as elegant in their treatment of him as he is to us, of course. But where it People Magazine when you need it?!

haha...Cleo, where is People Mag indeed! I'm tempted to post my manip of Richard on the cover of that publication - coming up asap!

As for RA's attitude toward press coverage, he seemed during recent interviews to be relieved the Thorin wig/prosthetic altered his appearance enough that being recognized on the streets of NYC would not be a prob for him.

During at least one interview he said he currently resides in NYC and in fact was without power during hurricane Sandy.

Here's a vid where Richard and director Jackson give some details about the second Hobbit movie:
http://youtu.be/O1eAWskbUrs

I hope he was ok during the storms. Horrible.

I can't wait to see your People Magazine work up with RA at its center! I do wish that People Magazine would arrange with our elegant hero to have him be actually on its cover, of course. He did save Middle Earth, after all. Really. Did you see those guys he fought off at the end? They were horrors.

RA in New York. Still, I am quite sure that I saw him in Haifa. Are you quite sure he is not an Israeli secret agent??

Ok. Off to far more pedantic stuff....(political change and legal development, in this case....wanna hear about it?) Just kidding. See why I like fantasy and short stories? :) :) RA is doing a service to humanity, I tell you. :) :)

Just to take this RA conversation in an entirely different direction entirely, I was watching an interview this morning with a British cellist called Matthew Barley who is touring around some strange and wonderful places (caves, cathedrals)and playing his cello. Obviously as Richard is renowned for his cello playing I pricked my ears up. My earwigging paid off. Apparently during the interview Matthew told the interviewer that cellists have to have very strong hands in order to play the cello (comes in handy for other applications as well I shouldn't wonder - no I don't mean laying laminate flooring - although you're half right!)

I wonder if Richard still keeps his hand in (so to speak). I seem to remember him saying at one time that he'd brought his cello down out of the loft to play. The cellist being interviewed said that he'd starting learning to play the cello at the young age of 7, saying that he remembers running while carrying his cello and forgot he was holding it sideways when he went through a doorway (with the obvious consequences). I wonder what stories RA could tell us if push came to shove?

Here's a clip on YouTube for more about Matthew Barley:

Cleo, I recall when Richard mentioned to a reporter he was without power during Sandy he was explaining that the only thing he could accomplish - Hobbit promotion-wise - was to use his smart phone for the interview.

Your Israeli secret agent remark reminded me of a fav show called Covert Affairs. The female CIA agent has an on again, off again thing with a member of Mossad. He's TDH and a charming spook which is mindful of Lucas North.

"earwigging" perked mine, Sue;D That's what we on this side of the pond call an icky looking small to medium size insect that pesters after a rainy Spring - earwigs.

Your fascination (and many other fans as well) with RA's large hands inspires me to do a post with theme "A Man of Many Parts." Must add it to my checklist, and also get to work on the Guy 3 tribute I'd promised Cleo. Maybe they could be combined--A Medieval Guy of many parts?...and he certainly was, wasn't he.

Thanks for the cello clip - vaguely remember a couple years ago seeing a fan manipulation that placed a cello between Richard's legs. Calm down now;D Steady woman! haha

BTW, the Brit series 'Ripper Street' starts tonight on bbc America. I was just chatting with star Matthew MacFadyen's most enthusiastic fan on Twitter. She passed along this interesting interview with the actor who plays Jack's C19 detective stalker, and who apparently has avarice in his eyes for the boller hat:

I remember Richard mentioning in one of his messages that a fan had sent him a miniature cello and he jokingly said that "he couldn't get it between his legs". As I remember RA can also play the flute. A man of many talents indeed! (If only we knew what they all were, I'm sure there's more!)

Just visited another RA website and found a link to a YouTube clip featuring Nathan Kress, who plays Richard's son in Black Sky. Being a Brit I had a bit of trouble deciphering exactly what he was saying due to his American accent, but he seems to have found Richard awesome to work with. It seems Richard shouts quite a bit in the film.

The whole of England is deep in snow at the moment. It also seems that there has been a small earthquake in Leicestershire (only 2.9). All I can say to that is, well the earth moved for me Richard, what about you!)

We have earwigs over here too, but it is also slang for listening to other people's conversations.

As for Ripper Street, I'm afraid it takes getting used to a bit, not sure if I like it or not yet. It reminds me a little of a wild west film for some reason.

You must have our share of snow this year, Sue. We've had very little so far - usually up to our derrieres by now with the fun winter stuff...and with snow as well.*what a silly sausage;D*

Isn't it interesting how even wig/beard/heavy costume covered Thorin has inspired the *ooh La La* phenomenon again with new conquests.

Here's one who's definitely in first stages of RA meltdown. Richard has claimed over the years that he'd prefer not to have heart throb status, but of course, as was evident to those who've followed closely, he did always manage to keep the momentum moving forward with those smoldering photo-shoot pics.

Suppose an actor has to grab any opportunity that might further their career, which is true for most professions in general.

This time it's Thorin conquering the world - one woman at a time, instead of John Thornton:
http://youtu.be/LtIO0bEEou8

I think our elegant hero has been very tasteful in his photo shoots, from what I can see. Very tasteful, indeed. :) It is the video of him playing cello with all his heart that would cause the RA meltdown for me. Perhaps that is why he keeps it from us :) :)

I had the fun of introducing Robin Hood, RA-style, to some friends yesterday. I love how the story turns the legend right on its head. I thought the legend of Robin Hood as hero-speaking-truth-to-power was sacrosanct until I saw this new version of the story. Turns it right around in the most interesting way. Makes it look like RA speaking-dignity-to-silly-people-running-around-in-tights-in-the-woods. :) :) A good thing RA was in leathers instead of tights. (Sigh.)

Can't wait for the RH retrospective :). You are ever so kind, Ricrar!! And all the best to Thorin conquering th world!

Cleo, After the final episode of RH2, during an interview, Richard said Guy deserves to get it "in the neck." In previous interviews he'd remarked that he was "very protective" of Guy but once he'd killed Marian those feelings must've vanished.

He did seem relieved during interviews for RH3 promotions when he could say Guy found some degree of redemption - that seemed important to him about the character.

In comparison, it seems strange that he was never concerned that Lucas North should not die without an ounce of redemption for his evil deed. Why did he want the one to not fade away as just another baddie, yet had no qualms whatsoever that Lucas would be remembered in Spooks9 as a cold-blooded killer and traitor to his country? That has always been a puzzlement for me.

Alas. My moral compass in the cinematic world seems to be all-RA-all-the-time. Neither Lucas North nor certainly Sir Guy could ever do any wrong, in my book. Lucas was just doing all for his woman. Can't argue with that in my book! Sorry, country. And I am so sorry, but Marian deserved it if any woman ever did. And I say that as a radical Western feminist. :) :) That woman was one of the nastiest creatures I've ever seen. But that's just my opinion....