RA is #2 in most recent hottest Brit poll. Get thee to the hunkies site ;) let’s vote our guy into first place. Since when is a vampire hotter than an actor with - quote: “real gravitas, notably deep voice..(will have) no trouble holding audience’s attention”
http://www.thehunkies.com/best-of-british-irish/ 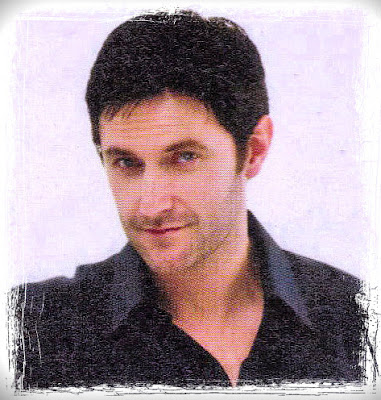 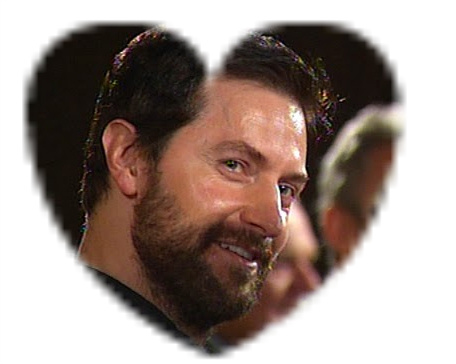 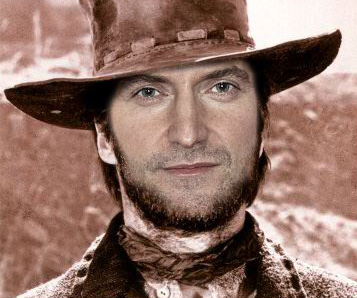 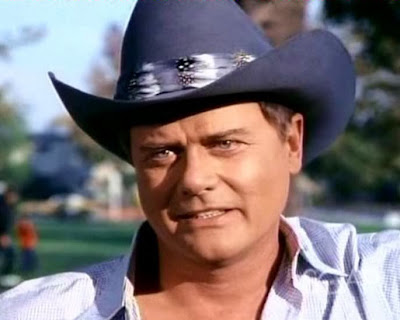 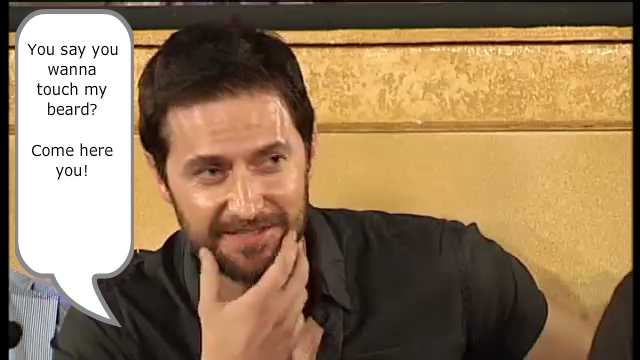 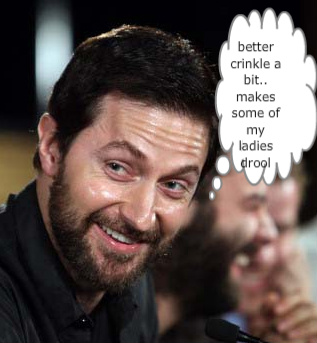 His thought was slightly fuzzy below, he was thinking "hmmm, did I remember to pack a 6 months supply of chocolate??... 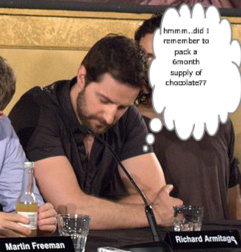 Believe it or not, as mentioned in a comment by Sue, there is a community called Gisborne, NZ... 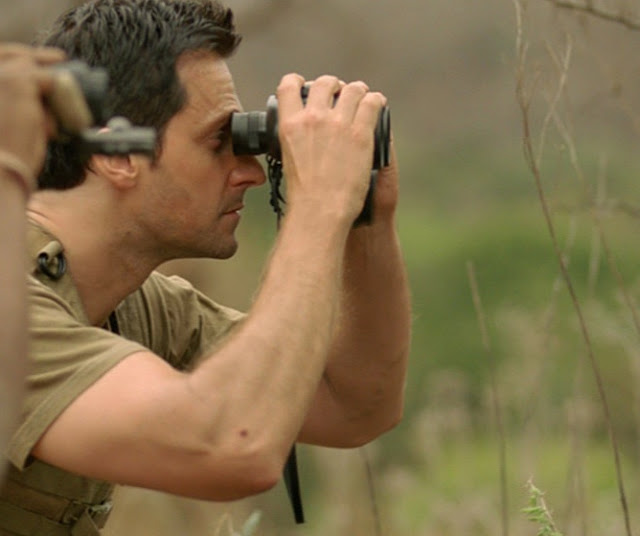 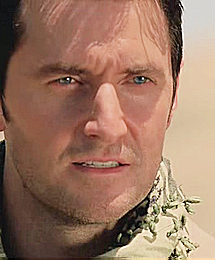 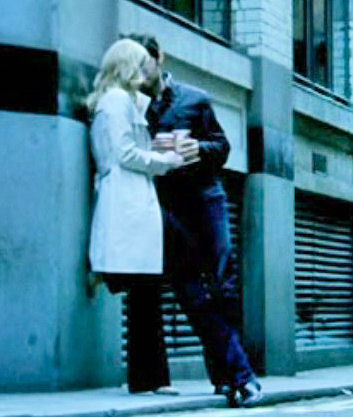 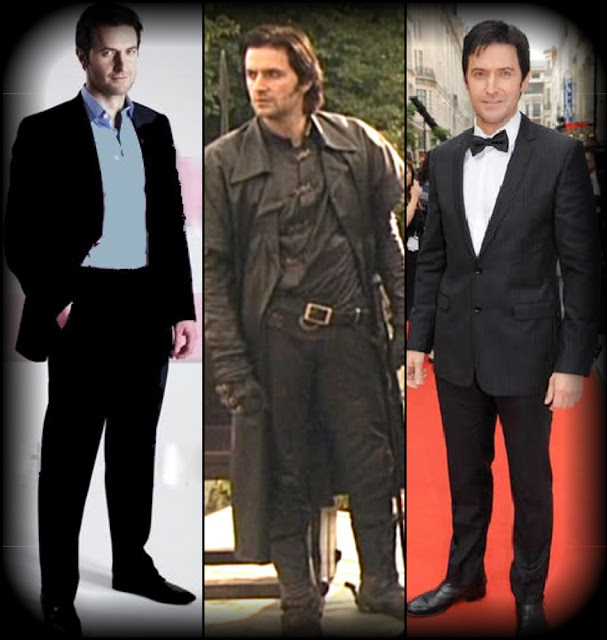 Enjoy the combined talents of CDoart - videographer and pianist..
****
Listen as Richard describes the UK's HMS Ark Royal including it's Harrier Jets.  We've often seen them at airshows and they are truly majestic looking planes as they hover, hover...ooh, something RA has in common with them.  He's often hovered at female lips ;)  even more gracefully.
http://www.youtube.com/watch?v=kpi9vkCBVno
****
RA narration of Venetia has been nominated for an Audie by the Audio Publishers Assoc..
VENETIA
Georgette Heyer
Read by Richard Armitage

Heyer’s elegant story of a country girl who falls for a rakish peer of the realm will enchant listeners. Venetia’s chance meeting with Damerel turns into a romantic dilemma as she tries to convince him their relationship won’t turn her into a social outcast. Richard Armitage’s voice aptly conveys the attraction between Venetia and Damerel, making the most of the novel’s rich dialogue and clever turns of phrase. Armitage manages to express all of Heyer’s opinions about her characters with a subtle sense of the ridiculous. Exchanges between Venetia and Damerel emerge as especially intimate and wonderful. While the abridgment is gracefully handled, it’s a pity listeners won’t have the pleasure of hearing Armitage narrate the entire novel. Portland, Maine [Published: JUNE 2010]
Listen to 5min sample: http://www.amazon.com/Venetia/dp/B003MSCSFM/ref=sr_1_2?ie=UTF8&qid=1298683315&sr=8-2

http://www.bbc.co.uk/radio4/programmes/genres/drama
Above are for everyone's listening pleasure, for which we say... 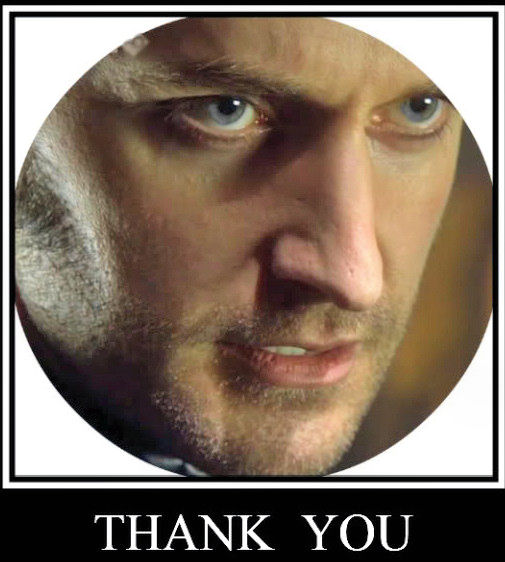 Very considerate of RA to leave us with a few documentary narrations while he's in NZ filming.

Yes, RA's narrations can help get us over the long Hobbit wait, but I'm still experiencing an aversion(believe it or not) to hearing him feigning the doddering womens' voices in the Heyer novels. Can hardly believe it myself - it's the only time so far that I've hesitated to purchase anything he's done.

Richard's Lords of the North narration is addictive and his Robin Hood offerings are entertaining as well. His latest for the UK Discovery Channel sounds interesting--perhaps one day after The Hobbit makes him a shining international star, our Discovery will pick up all his documentary narrations. Wouldn't that be delicious:) Yum!

Love the three pics of Richard, side-by-side, they remind me of the old series Dallas (which I believe is to be brought back, complete with Larry Hagman, can't wait!) Obviously Richard as GOG in the centre is the baddie JR! (oooh that man can be so bad!!!!In a good way of course!)I notice that New Zealand has a city called Gisbourne - that man gets everywhere doesn't he? (Unfortunately for me not where I'd prefer him to be!)


Talking about harrier jump jets, it's such a pity that our PM here in England has the foresight (not!) to scrap the building of planes and leave us with war ships which rely on borrowing French aeroplanes to land on them! What a bloody mess!

Yes, Sue, I'd a good chuckle upon noticing the city of Gisborne, NZ..believe it's considered located in a remote area and heavily populated by the original inhabitants..Maori, is it?

I remember reading something about the Harriers but didn't realize they were discontinued. PM Cameron must know something the general population is not privy to:) Can you tell I'm rather fond of him...our Repubs are politically conservative and probably share many of your current Prime Minister's convictions.

My parents were staunch liberals(Democrats) but once past my early20s I could no long support their economic or social programs. It always appears to me that lib politicians place their own welfare ahead of the greater good of the nation. In other words, they're almost willing to sell their own mothers in order to gain elected office. They've promised and granted all sorts of freebies without concern for the negative social consequences or deep debt it causes. Politically I believe applying the best advice I'd ever heard for raising children, which is to strive to give them what they need in life, not what they want. Liberal politicians are willing to trade productive hard-working citizens tax revenue for the votes of those constantly with their hands out. Undoing the Democrats past excessive handouts is basically what the current Wisconsin fight is about. Unionized state workers and pubic school teachers earn far more today than those in the private sector whose taxes pay the former's salaries. So, something has to be done to rectify that financial injustice. The Democrats most admired past Pres, Franklin Roosevelt, did not believe in collective bargaining for government workers - they never say beans about that fact:) *descending from soapbox*
How did Harriers lead to FDR...hahaha

Richard would make a great JR in Dallas, wouldn't he. Guy riding a horse in a 10gal cowboy hat;)

I've also listened to the RH audiobooks and the stories are OK, his narration great as always, and the interviews of him at the end are the best!

LOTN is truly a masterpiece, it's really beyond just and audiobook I think. I do hope he continues to narrate audiobooks after The Hobbit, it would be a sad if he didn't.

Guy as JR in Dallas- Love it ladies.

Agreed about LOTN musa. Richard brings to life what otherwise would be fairly dry for those without a historical bent. He really seemed to relish those passages when Uhtred's language was even stronger than Col Sharpes bastards:) And as always imbued the rare but memorable romantic passages with tender passion.

I know the Heyer novels are enjoyed by many supporters, but would dearly love for him to find an additional series that's less stilted/affected. In that way, he'd keep his widely diversified fan base very happy. For that matter, it could be a stand alone novel now and then between Heyer's.

Guess what? Tonight a lovely young thing caught Sharpe's eye(the dowager so&so) and surprise, surprise - she returned the love;) He proposed, she accepted - now I'm very frightened for her welfare. Hope it's not another Assumpta situation.

It's the ep where a rogue military group were selling soldiers; and Patrick reaped some revenge for mistreatment by having one of the officers bellow "God save Ireland!" hehe..really funny.

*applauding soapbox* I know this isn't a political blog, but it's so nice, living so close to WI and having some of that nonsense brewing (they're trying hard, anyway) here in IA, to hear a sane voice in this wilderness of lunacy. My own brother actually told me that if the gov of WI succeeded, ALL workers would be transported back to the time when there were no unions, and workers were treated like slaves... (insert eyeroll here)

ANYWAY... back to the important stuff at hand... your quiz! The second one, about how to improve movies. Can we vote for "all of the above"? 'Cause I can make an argument for every one of them!

And I've finished Season 8. Sent the last disk back to Netflix yesterday. I've had the shakes all day from RA Withdrawal. Help me, I'm sunk! I CAN'T WAIT UNTIL SUMMER!!

hahaha Laura..I've just posted something that's a poor substitute for Lucas's tatts but it's better than nothing;) It's fortunate we can replay dvds as often as we want, isn't it.

The Entertainment Wkly article sort of blamed the physical makeup of theaters and even high calorie popcorn for the popularity slide of Hollywood's miserable movies. They had a list of 10 but those in the poll were the only ones that sounded plausible. The usual crowds would be flocking to theaters if LaLaLand didn't offer so many silly films. They seem to be in denial about that.

One of my strongest gripes with the movie industry is the way they promote the same small group of actors/tresses no matter how little their films gross. It's almost like the definition of insanity - doing the same thing over and over and expecting a different result.

Here's a tip for a new British drama that's just started over here in England. It's called South Riding, set in Yorkshire. Peter Firth has a role in it too - complete with a blummin' awful toupee to cover his bald head. It's set in the mid 1930's and has all the hallmarks of a great success! (Mainly because it's not just about toffs but the poor and working class - which are after all the backbone of England). Now if only Richard were to be reunited with his old mucker Peter Firth from Spooks I'd watch it even more avidly than I already do! Maybe when the BBC commission another series (which I'd bet my bottom dollar they will!) Richard may get a role? (He does do a great Yorkshire accent)Some really great actors in it!

Because I live in a very small town, our local theatre is a 2-screen deal. Seriously, I could probably fit the whole place in my house! But it's really nice... I pay $5 per ticket, and spend another $5 on popcorn AND a decent sized soda! It's a wonderful deal, but because it is so small, they really pick and choose their movies. I've noticed that, even though they've invested in the 3D glasses, they don't show many of those films. They just don't seem to go over so well, and frankly, I am way over the whole 3D thing, anyway.

I agree with you, too... H'wood needs to expand itself. All the same actors, the same story lines rehashed over and over... movies are supposed to be fun. They're supposed to be an escape from the drama of everyday life. Seems as though they've forgotten that. Either that, or they try to be as vulgar as they possibly can, which is another big turnoff for me.

Consequently, I'm down to one, maybe two movies in the theatre a year. Last year, it was one: Harry Potter. This year, it will be two: Harry Potter, and Captain America (unless Hobbit comes out, then it'll be a banner year, with three!!)

Thx for the link to the new drama, Sue, I'll check it out.

Did your 'toffs' eat toffee? ;) just my etymology bent again rearing it's curious head. Toffee hard candy has been consumed here for centuries...not aware whether it is/was popular there as well but suspect it is/was.

Good to hear Peter Firth has found new employment. Does it make you in anyway concerned that Spooks Harry might be finally mothballing his leather gloves and whiskey bottle?

Agreed Laura about the majority of movies today being mediocre at best. They seem to cater to the appetites of the lowest common denominator of the US population.

When was the last time they invested in an epic historical film that would draw those with more demanding standards into today's cineplexes? We'd even be willing to pay more for the thrill of enjoying a great story enhanced by gorgeous cinematography and acted by more interesting performers than Meryl Streep and/or Geo Clooney, etc.

p.s. Current film THE EAGLE fulfills those criteria with the very welcome addition of skilled acting newcomers Channing Tatum & Jamie Bell. Chan is my idea of a true movie star - he can not only reflect sensitivity when needed but enticing masculine strength as well. While enjoying the interesting drama, we're treated to the bonus of his handsome personna - that's what I call entertainment! *sigh* :)