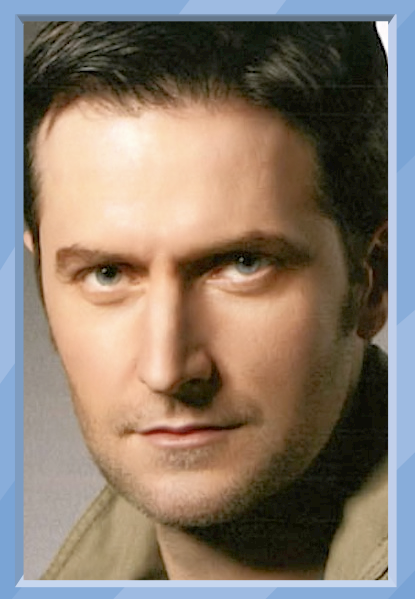 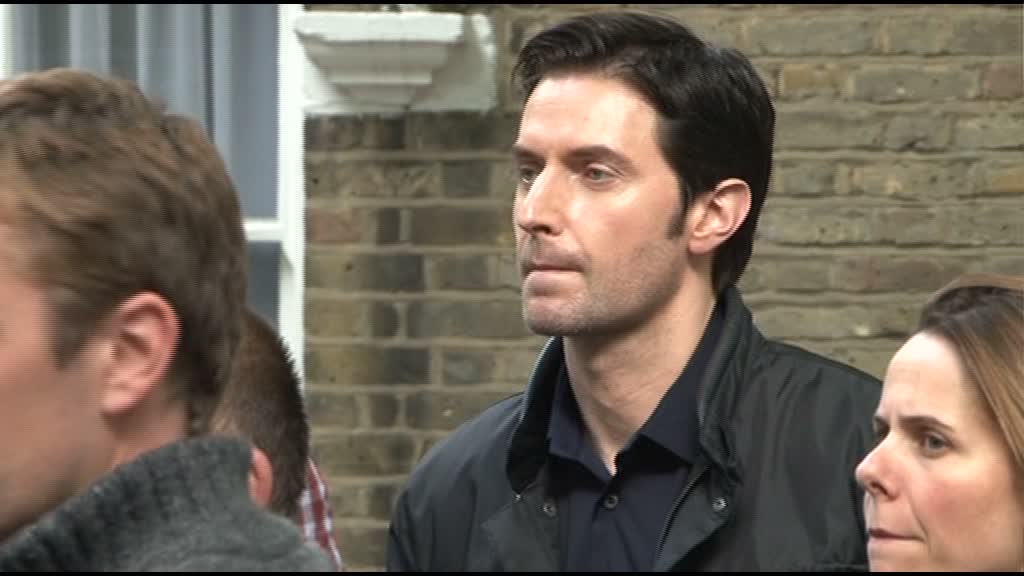 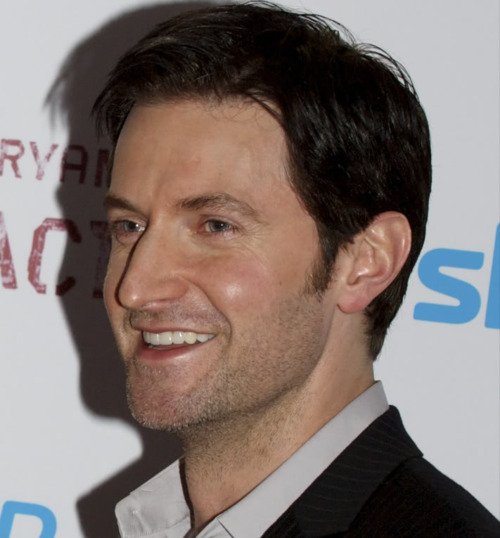 Is Sir Guy toasting the imminent wrap of The Hobbit? 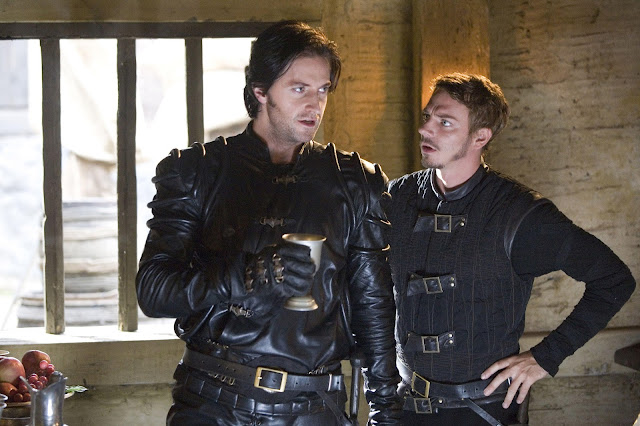 Thank you to http://www.richardarmitagenet.com/ for providing above and below  Spooks9 photos that appear on French Canal tv website..

Where Are They Now?
Well, for one, Lucy Griffith (Marian to RA's Guy of Gisborne) will make her appearance as vampire Nora in True Blood. As I type, millions of Americans are watching ep 1 of the new season.  Many tweets leading up to the opening episode wore the hashtag #waitingsucks. haha Here's Lucy with her brother vampire Eric.  She explained that in this scene they are on the attack after being surprised.
The actress also described the brother-sister relationship as a fiery one.  When might she have had experience with another *fiery* on-screen ship during her career?:) 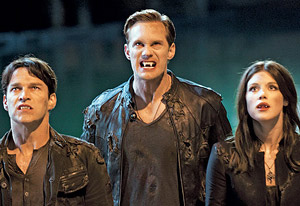 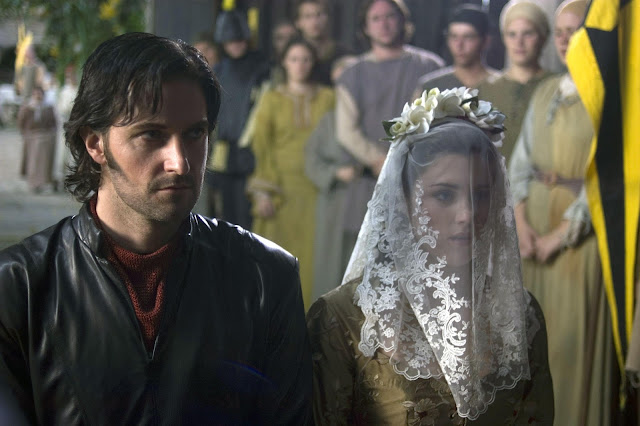 Some good news for those of you who've enjoyed Iain Glen as Daenerys protector, Jorah, in Game of Thrones.  The actor will narrate Geo Martin's first novel entitled DYING OF THE LIGHT.  The narration is not yet available for purchase - will inform you when it is. 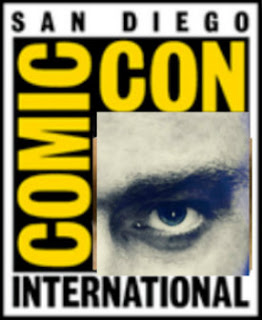 He's also a wonderful actor. See him as The Hobbit's Thorin Oakenshield in Dec.